20 Donald Trumpkins to Scare off Trick-or-Treaters 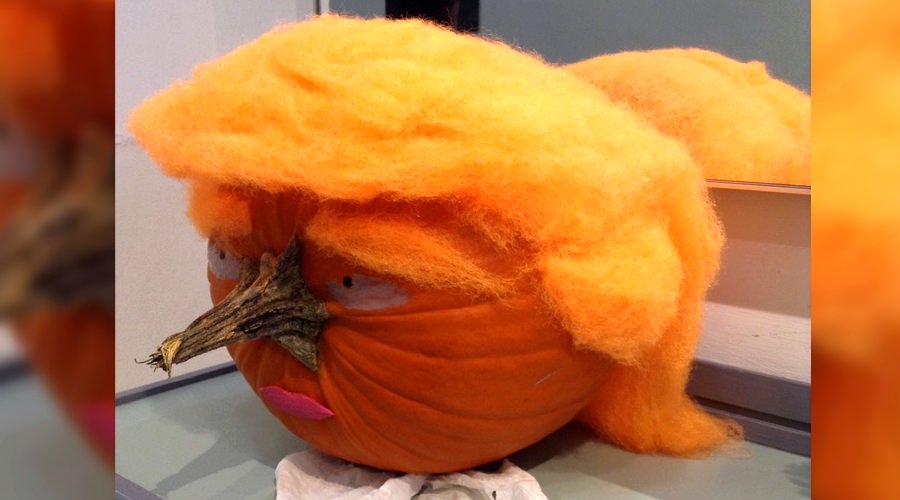 Happy Halloween! The spookiest day of the year is almost here, and that means you’ll be putting all your time and effort to carve a pumpkin that will make all neighbors and trick-or-treaters jealous. While most of us would be carving scary faces to ward off evil spirits, some of us would want to try something trumpish. Here below we have 20 exciting suggestions for the latter group. Have a look.

1. Trick-or-Treaters will avoid the house that has this on their porch 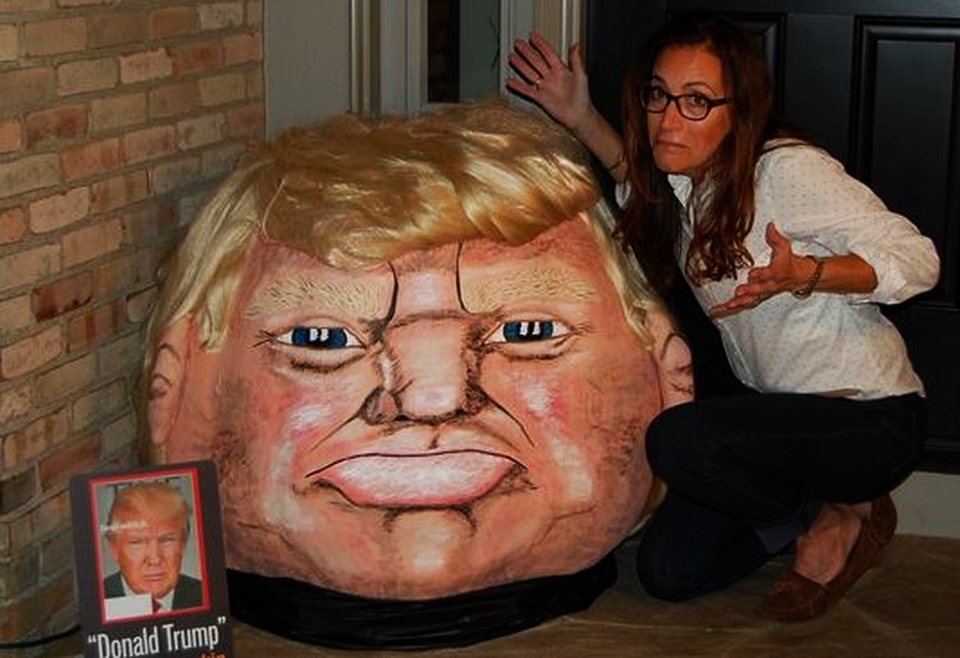 3. Hay! Can you make Trump hair? Look at this amazing attempt to try it yourself 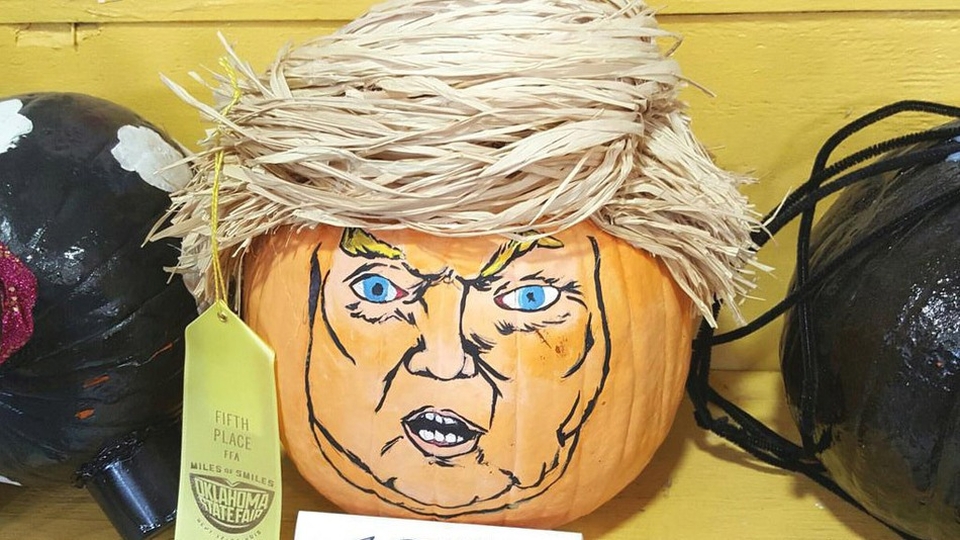 4. All the way up to this morning 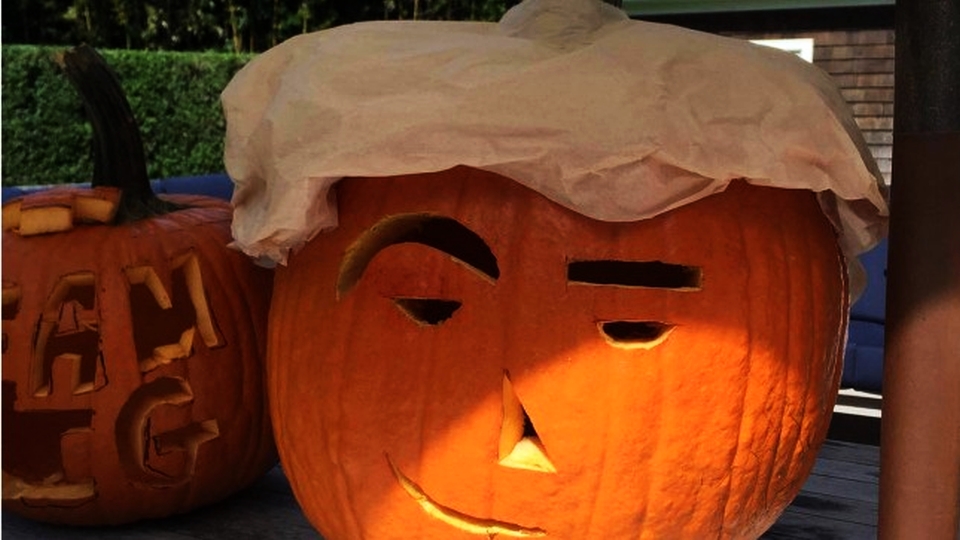 5. Trump in his full bossy attitude will look good outside your door 6. Donald Trump has his own ways to outshine others 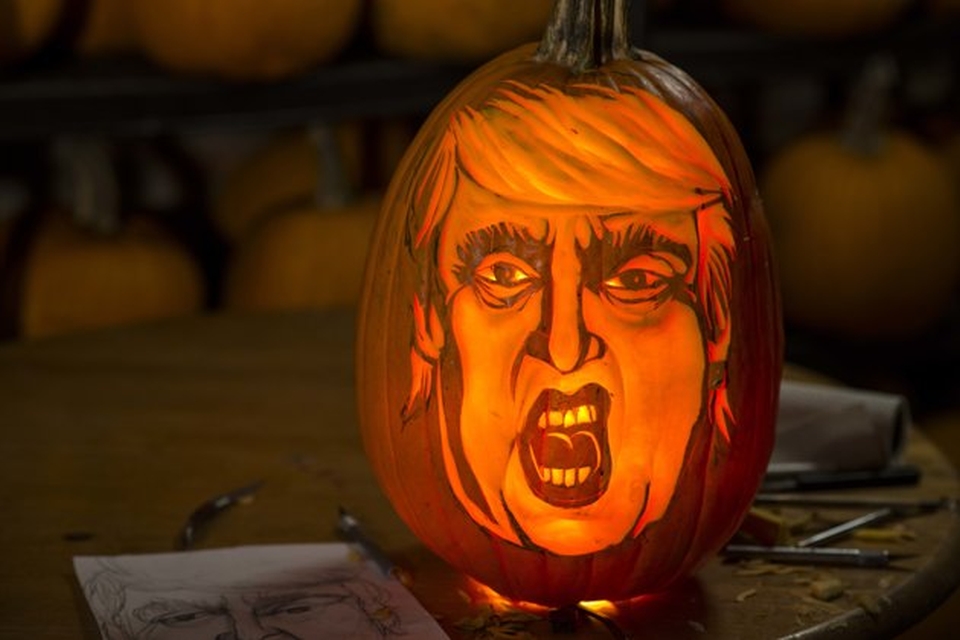 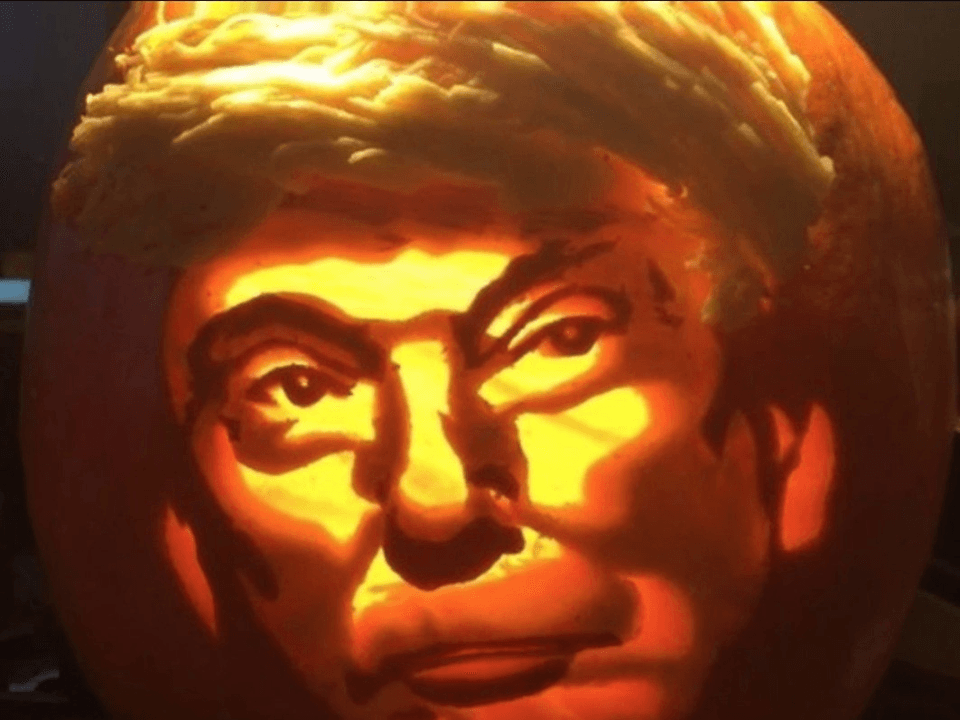 8. Slightly casual way to carve a pumpkin into Trumpkin 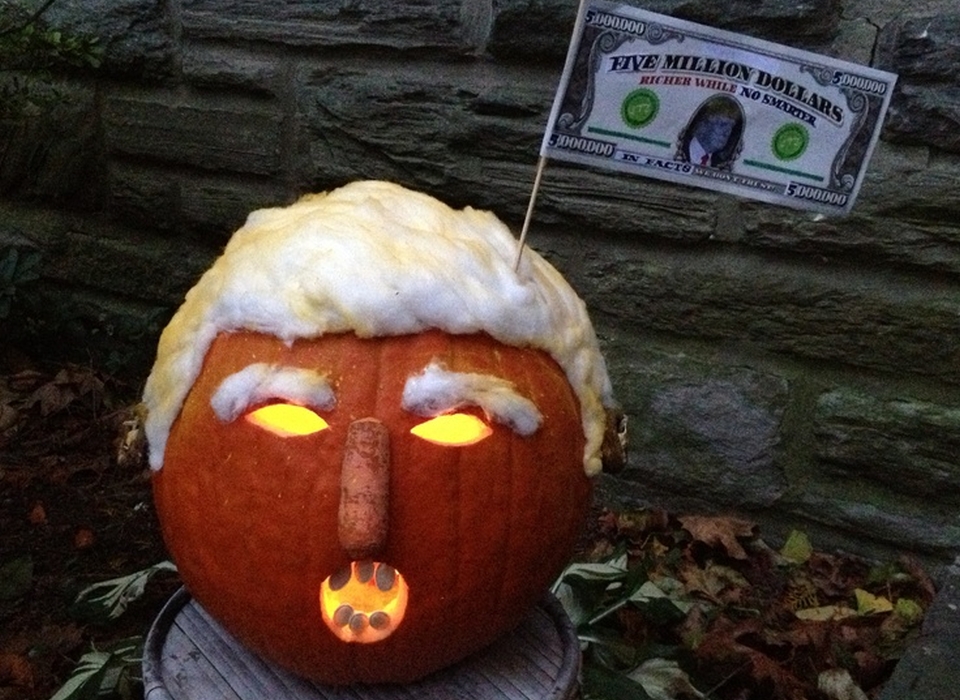 9. This minimalist Trumpkin is easy to make, you just need a wig and a black marker 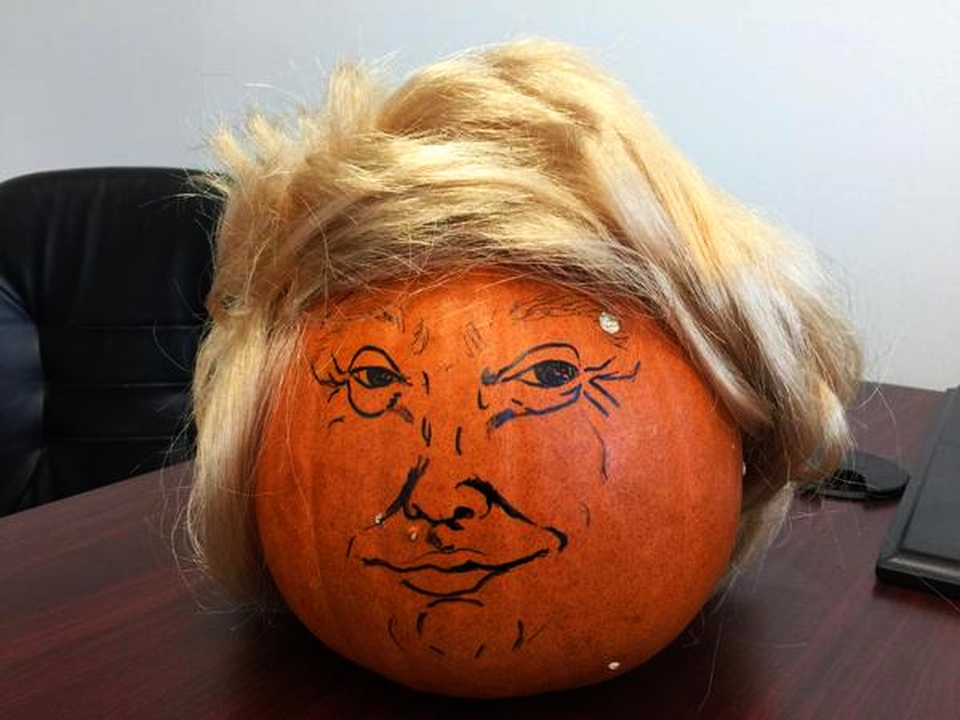 10. Detailed and artistic! This is more than deserved 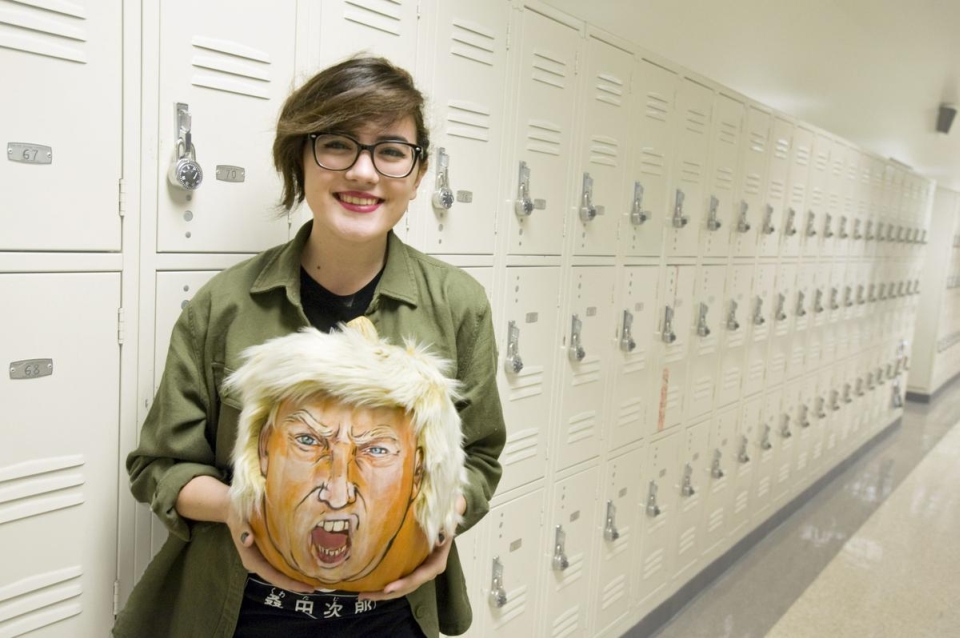 Twitterati goes bonkers with their own Trumpkins:

11. Embellish the Halloween Party with a Trumpkin

12. That will haunt my dreams!

Last year @pan14 did his epic #Trumpkin but Im low on ideas for this year’s pumpkin. pic.twitter.com/V8Wg0jKZH2

14. Trump is any day worth the Pumpkin

15. Illuminate the Trumpkin for Halloween

@ciarakellydoc in honour of your pumpkin carving contest on the show this week… #Trumpkin #Halloween ? pic.twitter.com/uJWo2k4LfU

On my way to work this morning… #trumpkin?? pic.twitter.com/c1hqI2zzY8

Pumpkin carving is getting spooky at our house. #Trumpkin pic.twitter.com/zjxnMMqXpw

18.What would Halloween be without Trumpkin, errr – pumpkin

This years #Trumpkin didn’t start out as a very good likeness, but it’s getting better every day!#Halloween #Halloween2018 #Pumpkins #pumpkincarving pic.twitter.com/C5ZRfanBaQ

20. Pumpkin carving is getting spooky

My effort in the competition. #trumpkin pic.twitter.com/vPgtbhPb94

Related Posts
10 Inexpensive Home Improvements That’ll Make Big Impact on its Look and Feel
By BharatJanuary 25, 2023
Energy-Saving Tech From CES 2023 to Run Home Economically
By Monika ThakurJanuary 19, 2023
How to Prepare Your Home for Power Outage in Winter
By Monika ThakurJanuary 18, 2023
These Products From Startups Were all the Rage at CES 2023
By Atish SharmaJanuary 10, 2023
Leave A Reply Cancel Reply