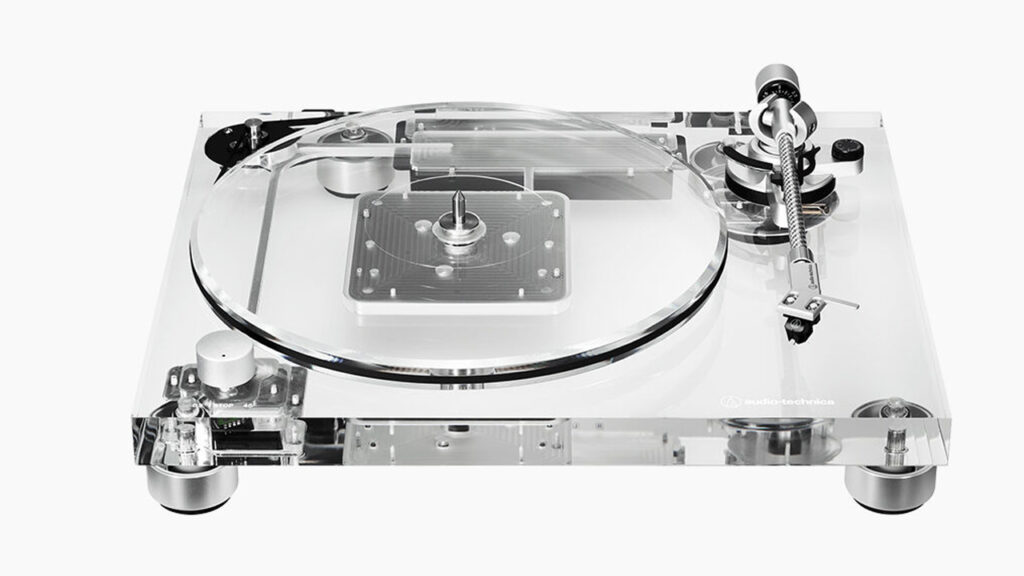 Dubbed AT LP2022, the record player is poised on 30mm thick high-density clear acrylic chassis. The transparent base reduces ‘unwanted resonances’, which my friend at Hi Consumption simplifies as a turntable that sounds well and looks even better.

As per the company, the motor speed-sensor system is responsible for maintaining accurate platter rotation speed of 33-⅓ and 45 RPM. In addition to the motor, the turntable also features a limited-edition Shibata stylus that can easily pick high frequencies.

It is further attached to a carbon-fiber tonearm that supports the cartridge holding the stylus. The turntable also comes equipped with a lightweight AT-HS4SV headshell which comes attached to the end of a turntable’s tonearm.

Also Read: See Through Toasters to Ensure You Never Burn Your Toast Again

Available for $1200, the AT LP2022 can be pre-ordered on Audio-Technica’s webshop. Meanwhile, the company also launched another turntable dubbed AT-727 which is re-introduction of their earlier Sound Burger that was popular in the eighties’.