It's time to binge-watch 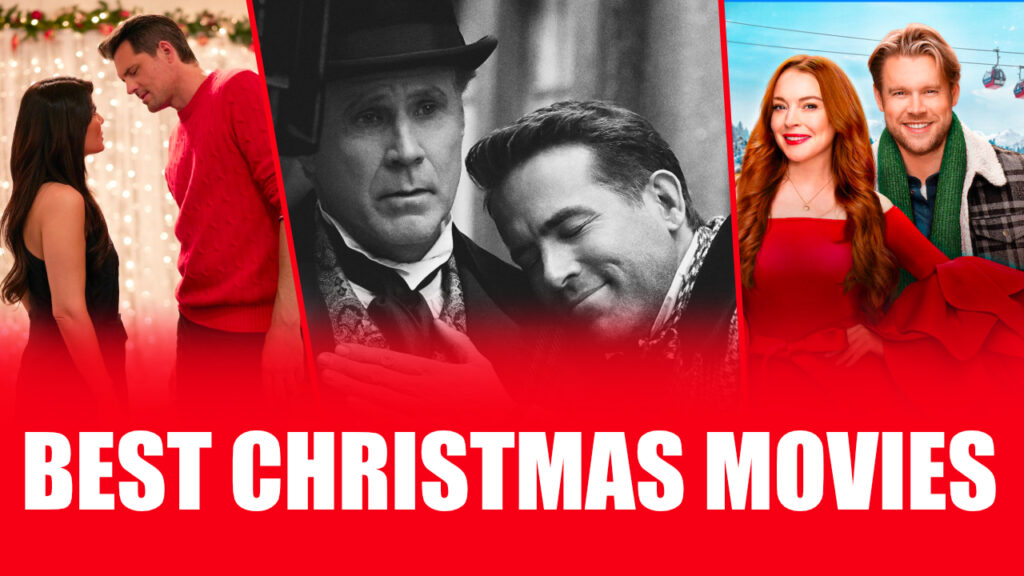 I often wonder what people do on Christmas Eve. Schools and offices are off; you have had your time decorating the house for a possible family get-together, but what now? Wine, whiskey, and celebration are on the cards, but watching Christmas movies with everyone around is a fun activity none of us would deny.

It’s rare that everyone in the family is home. It’s therefore important to spend most of the time possible together. Binge-watching some feel-good Christmas movies together is the best idea possible for it. To that end, we have curated the list of the ten best 2022 Christmas movies that you should plan on streaming this holiday season.

If you are a fan of Hallmark Christmas movies, this rom-com is for you. Starring Lindsay Lohan and Chord Overstreet as the two leads, this American Christmas romantic comedy film is a complete family entertainer.

The story revolves around a spoiled woman belonging to the upper echelons of society who has lost her memory in a skiing accident just before Christmas. She is then taken care of by a lodge owner who is apparently a widower. What happens next is for you to figure out on Netflix.

Featuring earnest performances by Zoey Deutch and Kendrick Sampson, this film is yet another family entertainer. Slated to release in the second week of December on Prime Video, the story is about a woman who receives an engagement ring meant for some other person.

The subsequent event leads her to meet the person she is ultimately destined to be with. Directed by Daryl Wein, this mix-up of gift drama is something couples should plan on watching while snuggled inside their blankets.

The Guardians of the Galaxy Holiday Special

Among the slew of Christmas movies released (releasing) this year, this has to be the most anticipated movie. It is neither a classic feel-good movie nor a traditional rom-com for couples. Directed by James Gunn, the film specifically falls under the genre of action-adventure with little doses of comedy smoothly blended inside a power pact script.

Releasing on Disney+ the film is based on the Marvel Comics superhero team Guardians of the Galaxy. Chris Pratt, Dave Bautista, Karen Gillan, Vin Diesel, and Bradley Cooper are some of the top stars in the film.

Ryan Reynolds is the go-to man for any director who plans on making a comedy film. This time the Canadian million-dollar star joins hands with Will Ferrell for a musical comedy slated to release on Apple TV. The plot of the film is based on a novel by Charles Dickens.

As the movie title suggests, the film has a lot to do with ghosts and spirits. I won’t spoil your fun by delving into the details of what happens when and would want you to explore this film on your own. Want a pro tip? Don’t go by the reviews because it’s a decent watch, and watch out for bromance between the two Hollywood stars.

Directed by Clay Kaytis, the movie will release on HBO Max and Disney+. Unlike other films on the list, it isn’t a classic comedy film but carries a family-friendly vibe. Serving as a sequel to the 1983 holiday classic A Christmas Story, the movie plot mainly deals with a character named Ralphie.

Ralphie returns to his house on Cleveland Street. Upon returning he gives his kids a magical Christmas like the one he had as a child. The family-friendly drama also has a sufficient trace of humor but mostly the story is about how he reconnects with childhood friends and comes to terms with the passing of his father. The film premiered on HBO Max and is expected to release soon.

Directed by Adam Shankman who is mainly renowned as a producer for the Step Up franchise, the Disenchanted serves as a sequel to the 2007 movie Enchanted. The prequel left me absolutely spellbound but Shankman wants to add more glory under his hat and wants to continue to story forward. Using the star cast of Amy Adams and Patrick Dempsey who once again takes the central stage in the musical fantasy comedy film.

The movie plot is set a decade later after the events unfolded in the first film. Concentrating on family life, Giselle who is portrayed by Amy Adams feels disconnected from city life and decides to move to the suburban town of Monroeville amid the inspiration of leading a happy life. However, things turn wild when Giselle mistakenly transforms the town into a real-life fairytale. What happens next is for you to figure it out on Disney+.

Christmas is about decorating Christmas trees, exchanging gifts, and sharing meals. Well, think again! Norwegian film director Tommy Wirkola wants us to think differently and brings a bloody side of Christmas like never seen before.

But, don’t worry Violent Night isn’t one of those slasher movies that will have your mood spoiled for holidays but a fantasy black comedy action film that will give you a laugh and scare in the same breath. David Harbour who has a reputation as a strong theatre artist leads the pack as Santa Claus. John Leguizamo and Cam Gigandet are in the supporting cast.

What good is Christmas without a movie that caters to kids? Director David H Brooks comes to the rescue of little Santas with an animated film featuring Mickey, Minnie, and other Walt Disney folks. With the Mickey Mouse Club House gang planning to celebrate Christmas at their snowy cabin, things go horribly wrong when Pluto messes up (it is always Pluto) and causes Santa to lose all the presents.

What follows next is Mickey, Minnie, Donald, Daisy, Pluto, and Goofy all traveling to the North Pole on a quest to save Christmas and help Santa make and wrap a new batch of gifts. Soon to be available on Disney+, the thirty-minute adventure animation will surely be reminiscent of the old days and equally loved by children.

When I Think Of Christmas

Another rom-com on the list is this movie directed by Peter Benson. The story is about a woman who returns to her hometown and gets a surprise visit from her ex-boyfriend. The duo then plans a Christmas concert to freshen old memories of the good days they spent together and also revive their musical journey once again.

Getting back to their musical roots, the former couple makes it a holiday to remember. Do they get back together? Is it a happy ending? It is for you to figure out this Christmas.

We Wish You a Married Christmas

Another feel-good movie that delves into the story of a couple who are trying hard to reconnect again. To give their relationship one more try and a fresh start, they check into a cozy inn in a small town during the holiday season.

Events that unfold next are for you to explore. Starring Marisol Nichols and Kristoffer Polah, it is yet another hallmark Christmas movie and should be on your bucket list this festive season.