Brisbane House with Wall-less Ensuite Slammed by Twitterrati, yet Sells for $1.9m 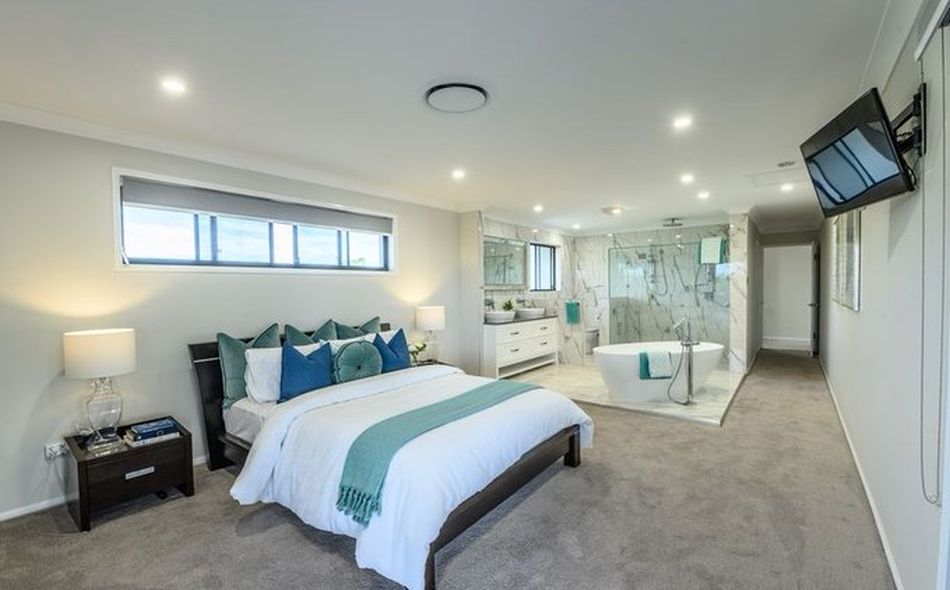 Couples are shedding off the boundaries between them and are choosing to live in open-plan houses. The real estate has been encountering this transition for the past few years now, but this concept is not for everyone’s taste.

Recently, when a real estate reporter, Debra, posted a picture of an ensuite bedroom at 18 Alverna Close, Wynnum, the Twitter flooded with comments. This elegant bedroom in house features a bathroom with no walls.

Ensuites without walls. The owner of this Wynnum house knocked them down and he says it’s what couples want. What do you think? #housesforsale pic.twitter.com/2EylnZKHzp

The opinions seemed divided over this topic as the debate raged on Twitter.

I dunno about going wall-less @Debrabela81, that’s got to be a big step in coupledom #CoupleGoals

The house has six bedrooms and three bathrooms. Master bedroom features an ensuite without walls, leaving the toilet, shower, and bathtub all exposed. The previous owner of the house Troy Williamson took down the bathroom walls while he started renovating this house about two years ago. And it wasn’t like he forgot to put the walls back on, he just chose not to.

A lot of people were doubting me but it’s the ‘in’ thing… Husbands and wives have two basins together, double showers. That’s how I wanted this room to be, all opened.

People on the social media platform started sharing their views instantly after the picture was shared. While some thought that it’s completely normal to share that kind of bond where you don’t need any boundaries with your partner, not even bathroom privacy, a lot of people disagreed.

I don’t really want to watch anyone or be watched while on the toilet. It’s the one time you have to be truly honest with yourself.

Some said they prefer privacy in the bathroom and would never want to see their partner while on the toilet, the others referred to the issues regarding pets and kids.

Open plan living gone too far. Is nothing private anymore?

It is absolutely not what most couples want. There are some things that should be sacred.

According to the listing agent Joseph Lordi,

It’s fantastic, particularly the bathroom, it’s not commonly seen at all… This is the first I’ve seen with no walls at all but more and more often when you come across new homes, you’re seeing less and less use of walls.

The concept of no walls is already popular in modern hotel rooms, this feature is also gaining traction in many Australian homes. Well, the much-debated house was finally sold for $1.9 million in an auction last month.