The foldable microLED television hides in its base in 40 seconds 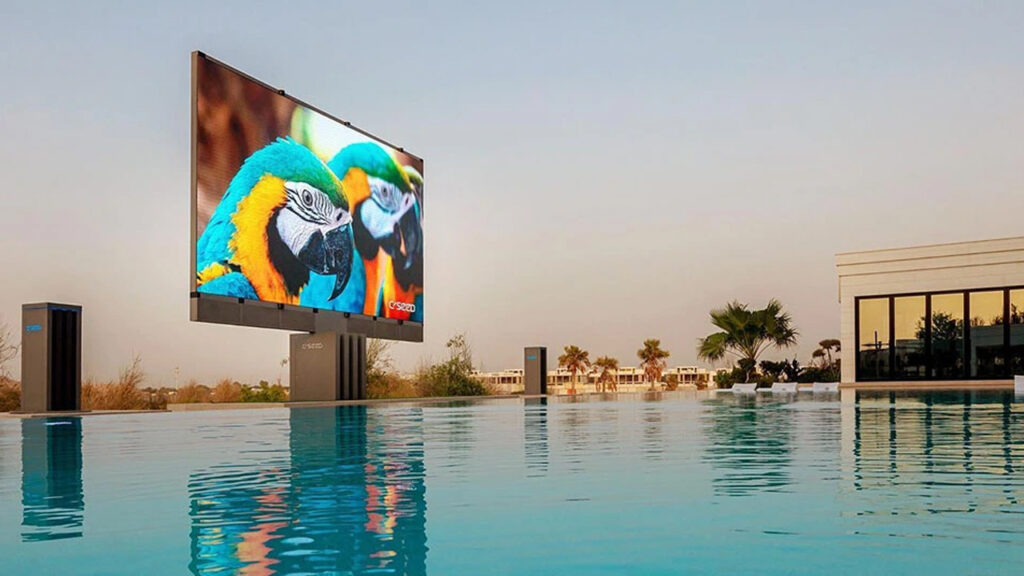 Not so long ago, C SEED released N1 television. It was an idiot box that some might even call magnum opus, thanks to its folding mechanism that contracts the television into a sculpture similar to a monolith. The Austria-based company is now exploring outdoor television design and has launched the world’s largest and first-ever foldable outdoor TV in partnership with Porsche Design Studio.

Dubbed C SEED HLR 201, the outdoor television hides into its base just like the N1 television from where it rises to reveal the 201-inch screen display. The television can be concealed in its underground storage casing and raised above with a simple push of a button.

With a similar built to the N1 design, the outdoor television is meant for entertainment purposes and boasts over 2,963,520 microLEDs. It processes image data up to 100,000 times per second to enable the C SEED 201 to display 64 billion radiant colors. The display has 4,000 nits of luminosity and a high refresh rate. It can be rotated 90 degrees left and right or 180-degree in only one direction.

Blending ultra-powerful technology into rigorously streamlined design aesthetics, both C-SEED (which we also interviewed during their early days) and Porsche touts that no other TV technology generates such an extraordinary color spectrum with similar precision and reliability. The best part is that it just takes 45 seconds to unfold itself into a gigantic television screen.

It is equally difficult to ignore the high-end acoustics, the foldable micro-LED television offers. The C-SEED 201 sound system is composed of six coaxial speakers for the left and right audio channels, and one subwoofer for low frequencies.