C Seed N1 Television Folds Up Into a Monolith-Like Structure 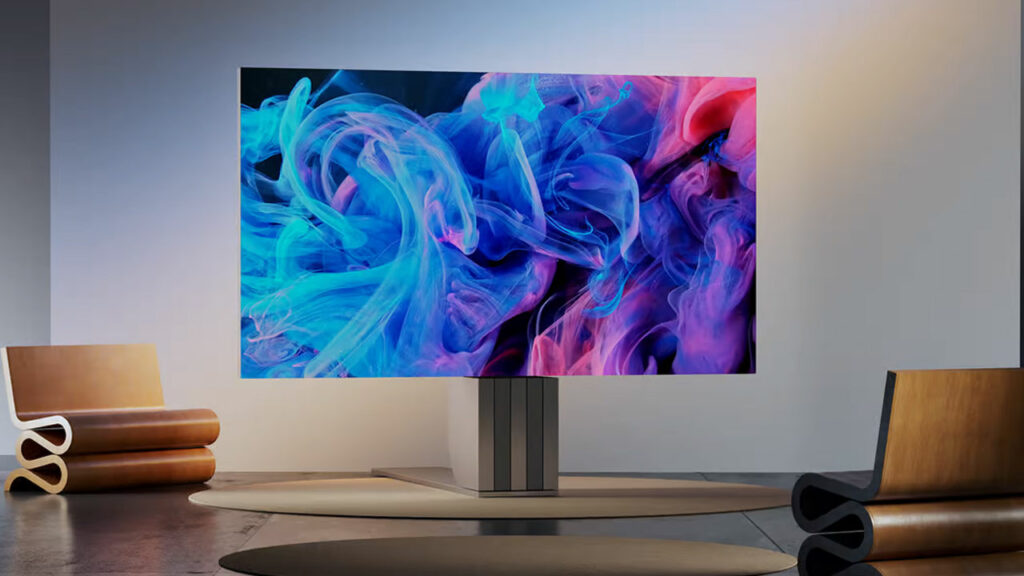 Famous American architect Frank Lloyd Wright once said, “Television is chewing gum for the eyes.” Well, I am assuming when he said the profound words, TV popularity was slowly peaking in America and the rest of the world. But, I am sure even the great architect had no clue that one day the world would see an idiot box that is not just peaking (literally) but also unfolds into a monolith-type structure. We are here discussing C Seed’s latest innovation, the N1 television which the company touts to be a kinetic work of art.

Blurring the line between technology and art, N1 features Adaptive Gap Calibration technology that makes the borders between the screen panels disappear to produce seamless big-screen visuals. Disguising as an artistic piece adding aesthetic to your room, I am sure N1 television would flatter many people who won’t even recognize it as a full-fledged television until it opens up.

Apart from its glossy body, the television also has 4K MicroLED display panel and HDR10+ support. Poised on a minimalistic base, the N1 screen is capable of turning 90-degrees both left and right, making it possible for people to view content from any corner of the room.

For connectivity, the luxury foldable TV includes five HDMI ports with HDCP 2.2 support, two USB ports and one LAN port. On a little downside, it isn’t a smart TV, so you have to pair it with a streaming device or set-top box to view your favorite TV shows or movies.