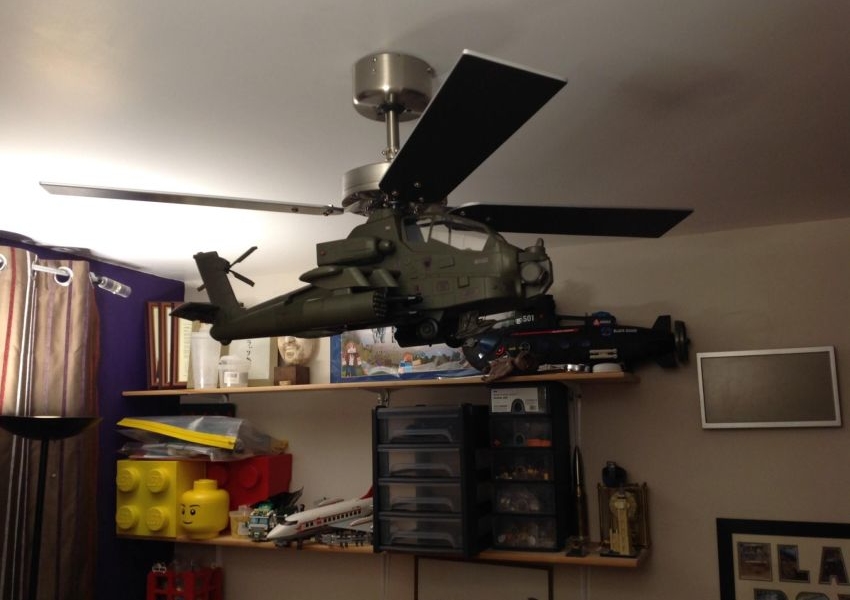 London-based Simon Gould of Simonbonce Designs creates unique objects in his workshop. He started off as a hobby but is now proudly showcasing his works on various social media platforms. One of his most exciting works is the Apache helicopter ceiling fan he built a few years back but is still relevant today.

This DIY fan is crafted out of a household ceiling fan and an HM Forces action toy. The main task was to attach both the parts in an elegant and sturdy manner. The helicopter is attached underneath the fan – so the fan basically looks like the helicopter’s rotary wing.

The idea of turning a ceiling fan into a helicopter is a good idea and it will surely make a discussion starter at home. Making one isn’t too difficult, but you will need to ensure you have enough headroom in the room before giving this contraption a try.

We liked the idea so we got in touch with Simon Gould and this is what he had to tell us:

Homecrux (HC): How difficult was this project?

Simon Gould (SG): It was quite easy to make as I really needed two main components. The challenge was to join the ceiling fan and the toy helicopter together while making it look as realistic and to scale as possible.

HC: Inspiration behind this project?

SG: I saw a helicopter ceiling fan on Pinterest and wanted one but the company that made it didn’t exist anymore so I looked at the image and started to take it apart in my ahead to work out the components needed.

HC: How many years have you been DIYing things?

SG. Sounds silly but I have always been making stuff around the house. Even at a young age LEGO was the main starting point for me but it really took off in 2015 making the 20L Jerry can mini bar Simonbonce Designs.

HC. What is your favorite thing you’ve ever made?

SG. It will have to be the helicopter ceiling fan or the mini Land Rover.

HC: Simonbonce Designs is your hobby or a full-time project?

SG: It’s just a hobby as my full-time job is a magazine designer.

HC: What inspires you to keep making things?

SG: I like the challenge of making things for the 1st time. Yes, it takes longer but it’s the journey of figuring things out to make it functional to what I want it to do.

HC: One piece of advice you would like to give to fellow DIY-ers?

SG: Start small. Pick a simple project then let it grow into bigger projects. You’re only limited by your imagination. The tools, knowledge, and skill will come with time. 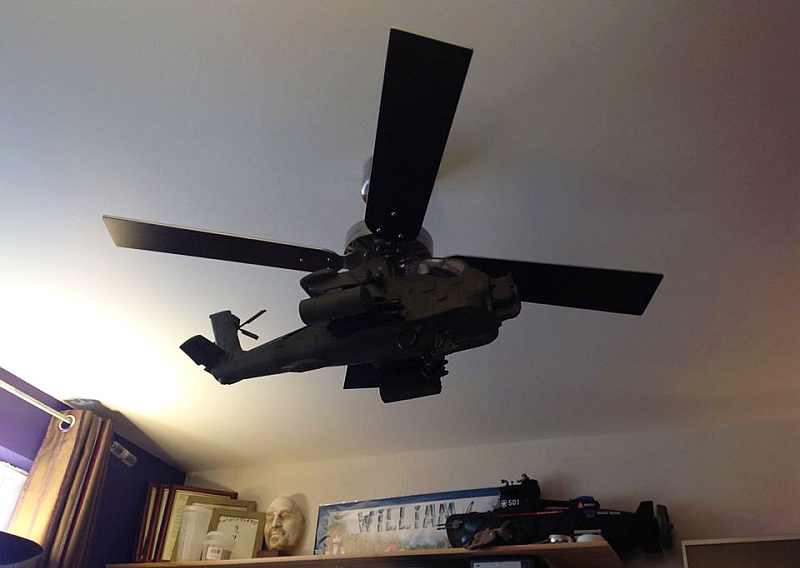 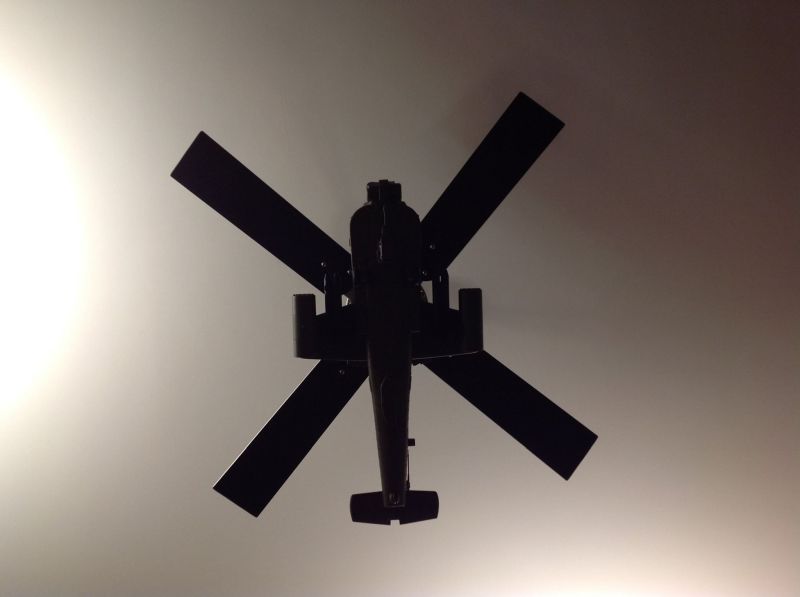