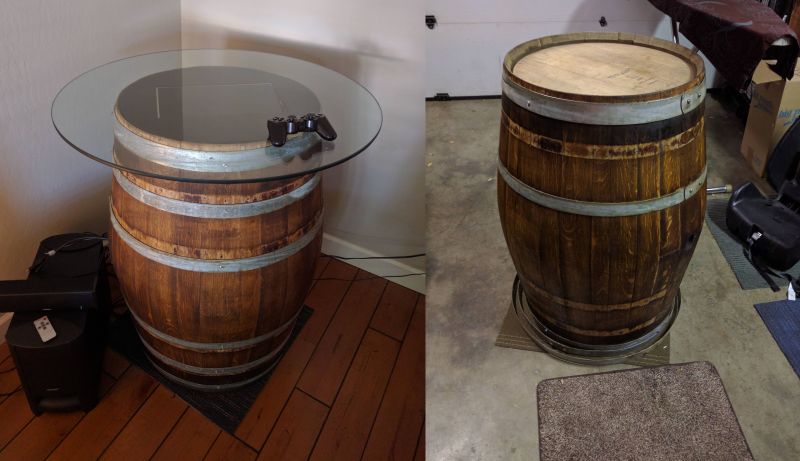 If you love game table-based entertainment and also have a thing for Raspberry Pi projects, you’ll want to check out this incredible DIY RetroPie Arcade table by Imgur user [Sid981]. This gaming table has been handmade out of an old wine barrel purchased from Craigslist for $75. Firstly the wine barrel was washed out and dried in the sun.

Rings of the barrel were removed and then manually sanded using Grit Sandpaper  to remove surface scars and stains. After that three coats of Watco Dark Walnut danish oil was applied onto the surface, using a white cloth rag. However, rustic appeal of the barrel has been maintained.

For the electronics, the DIY hacker has used an old LCD screen of Acer laptop of 2007. A driver board was used to connect it to an HDMI source i.e. Raspberry Pi. Few holes were drilled on the barrel for wire adjustments. The LCD screen and HDMI switcher were synchronized as per the gaming requirement.

All wires were hooked up and adjusted in such a way that it doesn’t look sore to the eyes. After completion of the entire setup, a 34-inch round glass top was fixed to add more to its aesthetic appeal. The DIY artist has brilliantly given this functional arcade table a retro spin. Even you can create a similar gaming table for yourself by following the instructions given on Imgur.