Family Turns Home into a Hillary Clinton House of Horror 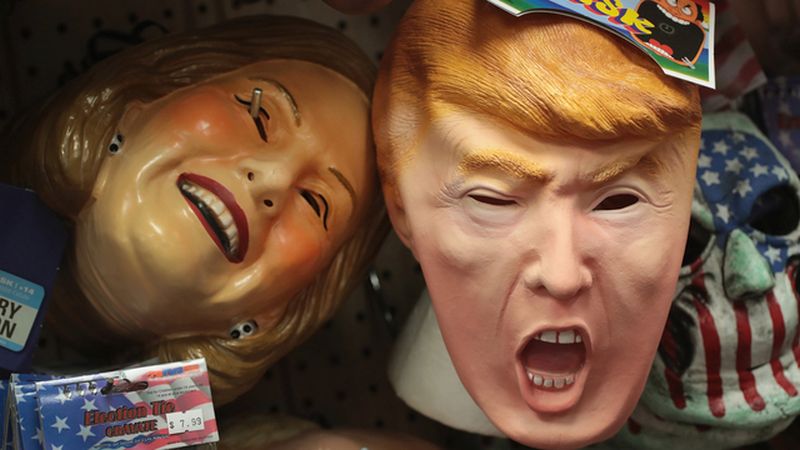 Just in the time for Halloween, a home in Bellmore, Nassau County, is causing a stir on social media. This happened quickly after a passerby named Brian McKibbin filmed this Hillary Clinton house of horror, and posted it on social media. The footage has been shared more than 11,000 times and received many reactions in awe and agreement on the Hillary Clinton-themed Halloween decorations.

There are no ghosts, zombies or skeletons at this political-themed Halloween house. Instead, you can see Hillary Clinton’s dummy chained to a donkey and Donald Trump screaming from the top of a border wall. Furthermore, another side of the lawn features American flags and giant lettering that reads “Trump USA.”

It seems a New Yorker with an extremely strong political opinion has gone all out to create this anti-Clinton horror house. As elections always fall just in time for the spookiest occasion, it is often seen that people mix their political view with festive displays in form of jack-o-lanterns and costumes. So, there’s no surprise that Trumpkins and costumes of Clinton are trending this Halloween season.

But probably it’s the first time that someone has reflected such strong opinion against Clinton. The eclectic signs in the front yard of this Bellmore residence feature pro-Donald Trump and anti-Clinton signs. One of the signs says “Hillary lied, Heroes Died,” along with a photo from Benghazi. There are also signboards with Clinton faces covered with the words “liar,” “criminal,” and traitor.”

To many, the election season is quite scary and frightening. So, it’s indeed the scariest Halloween house on the block. Do you agree with this homeowner or not? Share your thoughts in the comments below.

This house in Bellmore!!!