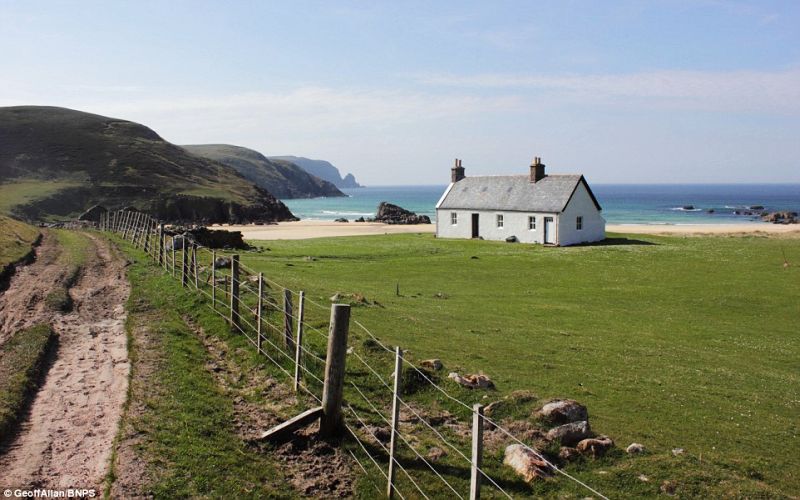 Bothies can be described as a basic shelter, usually left unlocked and available for anyone to use free of charge. They might look like a country cottage from outside, but from inside it’s all together a different story. With no running water, no gas, no electricity, no bathroom and no beds to sleep on, these basic lodgings require a special kind of passion for sure.

They are found in remote, mountainous areas and are particularly common in the Scottish Highlands. Bothies were primarily built for shepherds in the 18th century but many were abandoned by late 19th century, when rural workers left for Glasgow to find work in the factories.

Bothying grew popular as a hobby after the Second World War when people started participated in ‘Munro bagging’, an activity where they set out to hike every mountain over 3,000ft. Unfortunately, by 1960s, many of these bothies crumbled into ruin due to their misuse and lack of maintenance.

In response to this, a group of like-minded, bothy-lovers got together and formed ‘Mountain Bothies Association’, to renovate and preserve them for the upcoming generations. Currently, they are maintaining 81 bothies scattered around the Scottish highlands. All these bothies are visited by maintenance officials two to three times in a year to ensure that they are kept in good conditions for hillwalkers.

Till now, the whereabouts of these bothies was not disclosed for the fear of making them overcrowded, but Geoff Allan, a surveyor from Suffolk, who has spent six years researching and photographing each bothy, reveled Scotland’s best-kept secret through his book ‘The Scottish Bothy Bible’.

He was bit concerned about publishing his book in the beginning because he doubted it might offend the bothy community by revealing the secret locations, but to his surprise the response from them was quite positive regarding his book and its content.

The book unveils the location of 80 of these bothies which are located in untouched landscapes of North Scotland, and are completely free to be used as shelters by anyone. The Scottish Bothy Bible, has got its consent from the community and is available for general mass with a price tag of $20 USD (approx.) for a copy of the book.