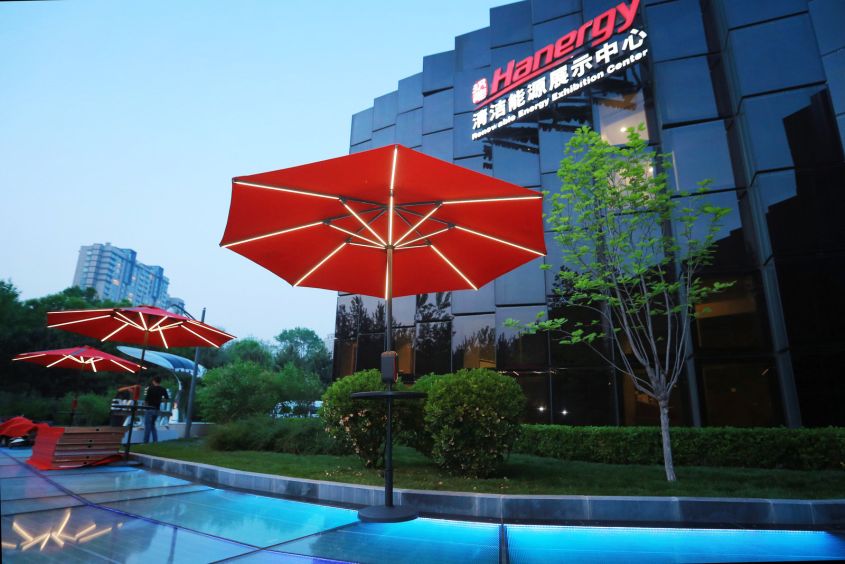 Weighing just 8.8 kg and with a diameter of 2.7 meters, Humbrella is covered in thin-film solar panels capable of generating power on both sunny and cloudy days. Ribs of the solar umbrella are equipped with LED lights. It converts solar energy into electricity and can save up to 40,000 mAh of power, which is sufficient for about 10 hours of night reading time.

Apart from serving as a lighting equipment, it can also be used as a mobile charging station to charge mobile devices via four USB ports built into the handle of the umbrella.

Also Read: Why you need to consider Tesla Solar Roof for your home

Previously, we have seen similar initiatives in the recent past. The Sunflower smart patio umbrella by the Los-Angeles-based robotics startup ShadeCraft is one of them. This solar umbrella follows the same idea but in a larger perspective for generating a clean and green energy.

As a part of its corporate social responsibility (CSR) project named Lighting Africa, the company announced to donate the first batch worth more than one million Yuan of these solar umbrellas to remote regions in Africa where the shortage of electricity routinely trouble children in their studies.