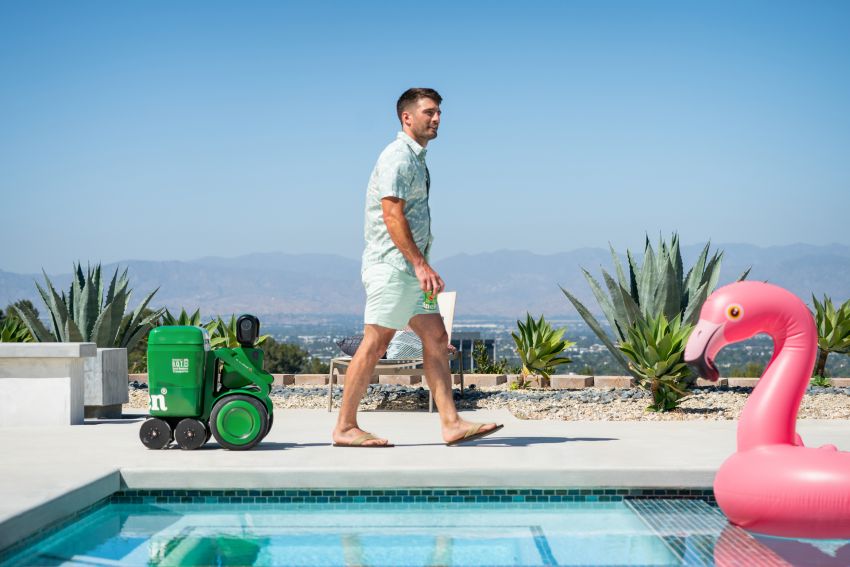 With summer on the way, Heineken has unveiled its latest AI-powered robot on wheels that can roam on its own. Aptly named Heineken B.O.T. (Beer Outdoor Transporter), it is a limited-edition autonomous robot cooler that dutifully follows its owner wherever they go with ice-cold cans of Heineken.

Usually, coolers are heavy and people hesitate to lift them with their hands, but this green, boxy-cooler on wheels is quite impressive. Powered by AI technology, the beer cooler can sense objects as well as humans to avoid any hindrance in its path.

It a high-tech alternative to traditional coolers not only for its functionality but also because it can hold 12 cans of beer at a time. The cooler comes with a built-in screen and speaker and it functions best by the poolside or in the garden.

Also Read: Xbox Series X Mini-Fridge is Real, Will be Available This Fall

Heineken B.O.T. will help keep beer chilled when you’re partying in the outdoors without the hassle of carrying the cooler around. If you like this buddy, you can win one through Heineken’s upcoming sweepstakes, launching on July 1. Other detail are not available as of now