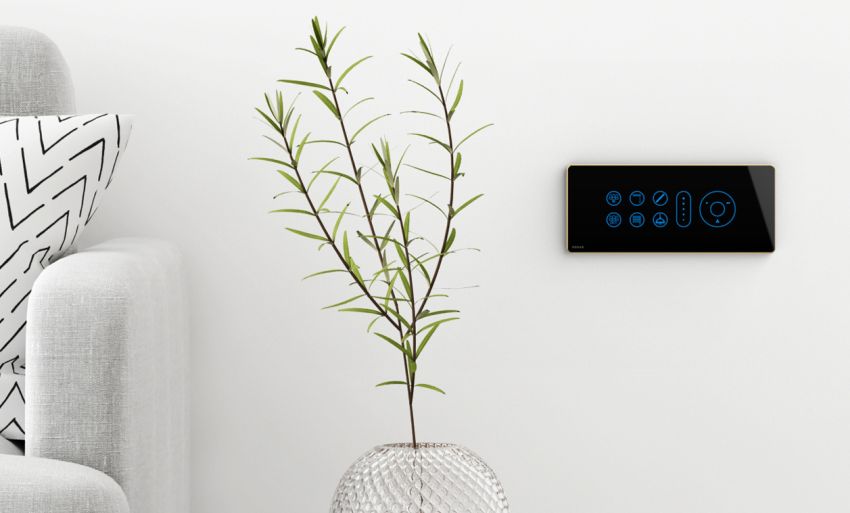 The global home automation company Hogar Controls has showcased its new products, including the Prima touch light switches at CES 2020. These switches are multi-functional, which means they can be used to turn on/off or dim lights, as well as function as scene controllers for both Z-Wave and Zigbee-enabled smart devices.

The Prima touch light switches will improve the looks of walls as they do not look like standard light switches rather they boast a sleek glass panel design with programmable touch buttons.

In addition to serving as a light switch or dimmer, the switch can also be configured to control other smart scenes in a home including shading, sensors, security and comfort devices. Users can customize the button control settings in the Hogar app.

The Prima touch switches come in single, double, triple, and four-button configurations while the color can be selected from white or black glass with a black or gold bezel. According to the press release, the pricing starts from $104 for the Prima 1-Touch Switch.