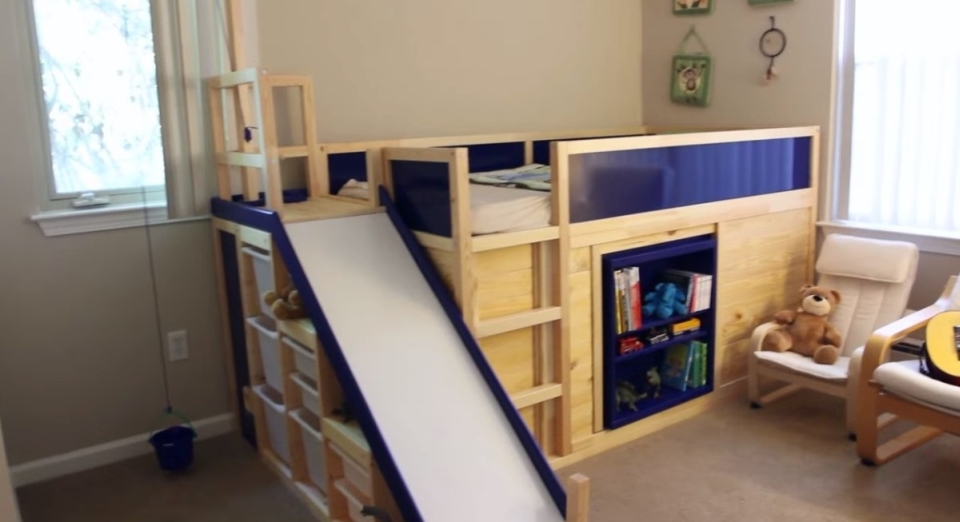 Your kids need a few playful objects in their bedroom. So instead of cluttering their room with a number of furniture pieces, why don’t you get multifunctional furniture for their room? Or better, build a DIY loft bed just like IKEA hacker Eric Strong did for his son.

He has become one of the strong contenders for Dad of the year, after creating a multi-feature loft bed that comes with a playful slide and ample storage space. Not only that, but it also hides a playroom underneath the sleeping platform. Inspired by the fact that his son enjoys playgrounds and favorite books, this stunning bed has been created to provide comfort and function.

The play/bed combo has been made by joining IKEA Kuro bed and IKEA Trofast storage system together. Eric bought two beds and dismantled one of them to use its wooden parts to create a slide that’s supported by a three-tiered Trofast storage system. Further, a piece of the whiteboard is attached on top of the Trofast to form a smooth surface for sliding, thereby forming a fun alternative way down from the bed.

Besides the slide two major fun elements are attached, first one is a crane and pulley (to which a bucket is attached) and the crane rotates around its long axis. Second, one is a simple and hidden ball run which accommodates golf balls. The system works on an internal mechanism that holds on to any balls dropped inside until six are collected together, and then it dumps them all at once, back into the bucket at the bottom.

That’s not all; the highlighting feature of the loft bed is its ‘secret room,’ which lies underneath the bed. The hidden playroom is accessible by pulling a specific book on the case. On entering inside, the room can be lightened up by color-changing lights, adding more to the amusement.

Isn’t it the coolest bed for kids? Well, surely it is. If you’re also willing to build the same for your children, then you may follow step-by-step instructions given by Eric on IKEA Hackers or go through the video tutorial given below. 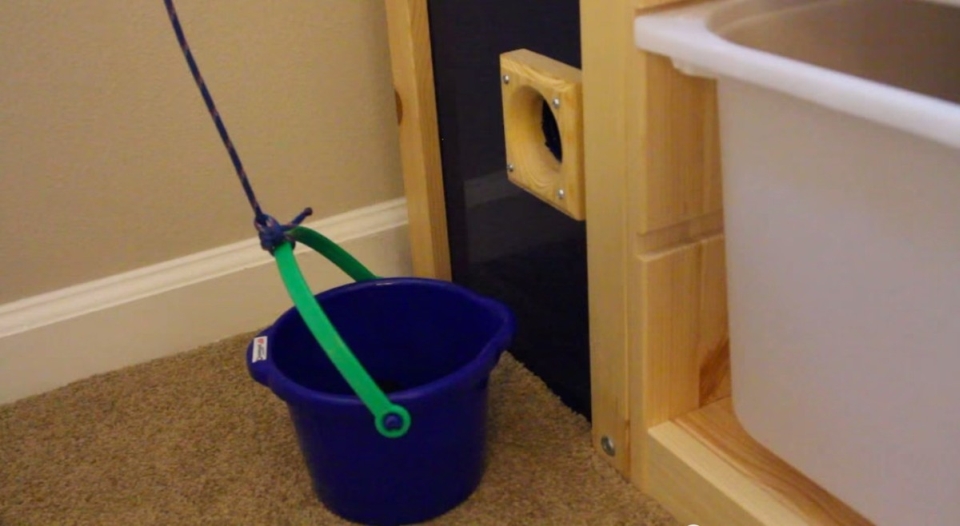 Crane and pulley system attached to a bucket 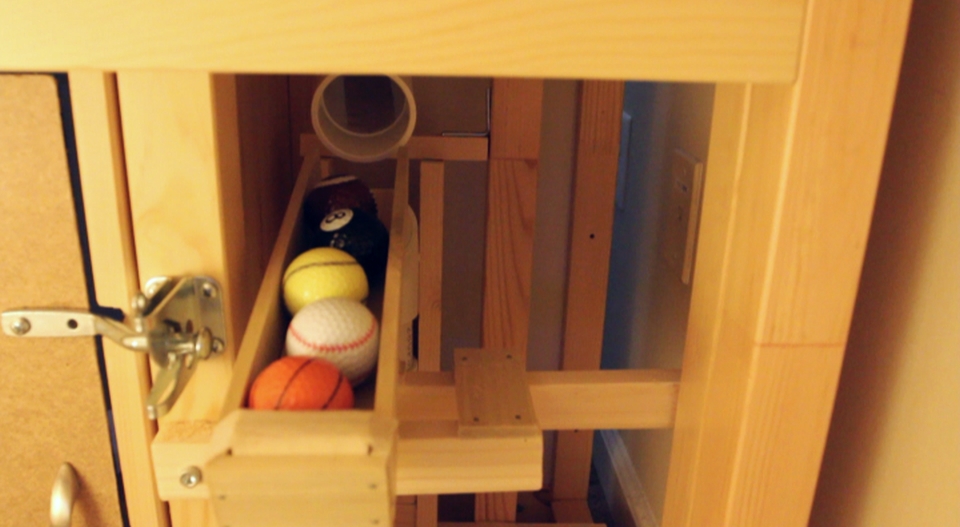 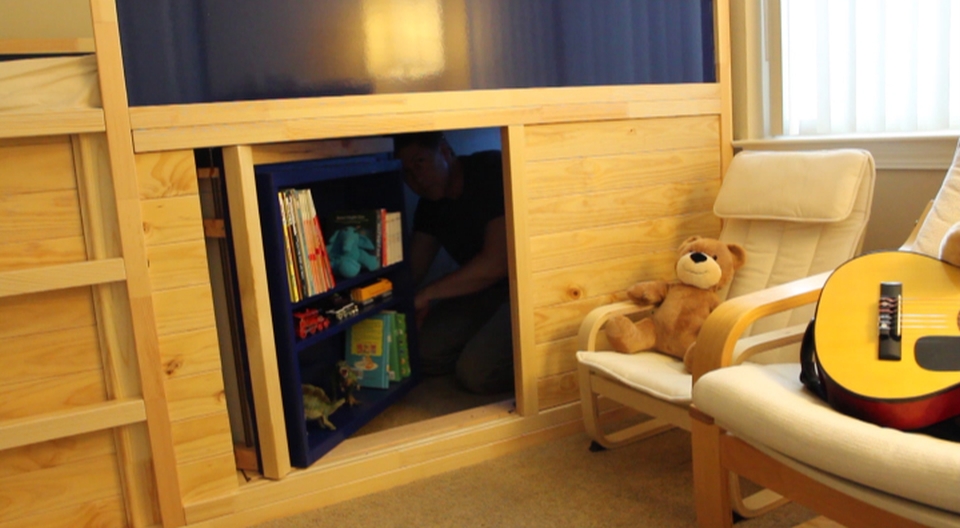 A bookcase makes way into the secret room 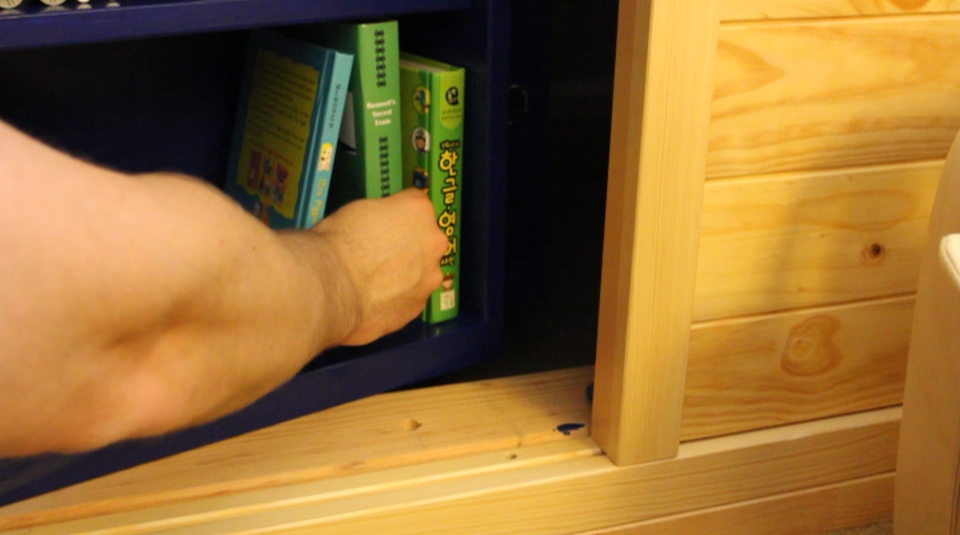 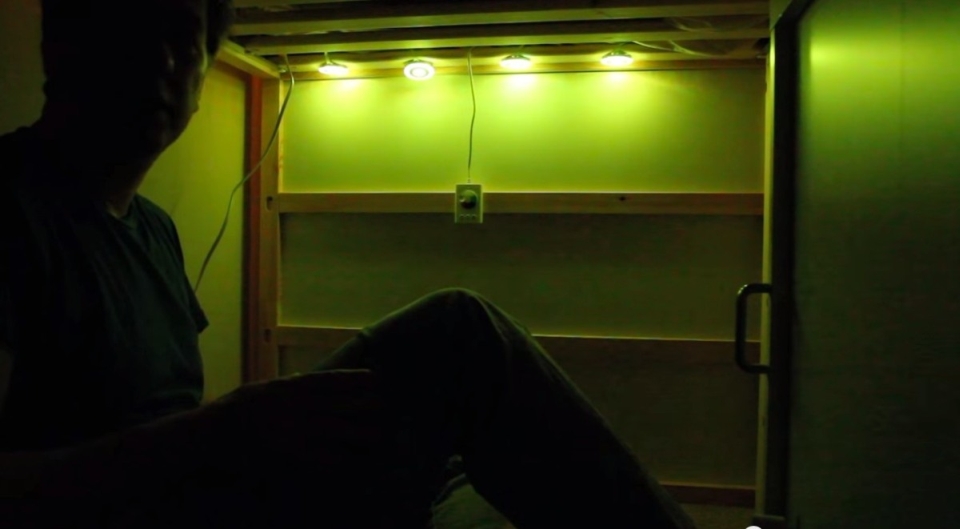 Dolly Playhouse by Circu Turns Your Kid’s Dream Into Reality

The Dolly Playhouse by Circu is a luxurious ... 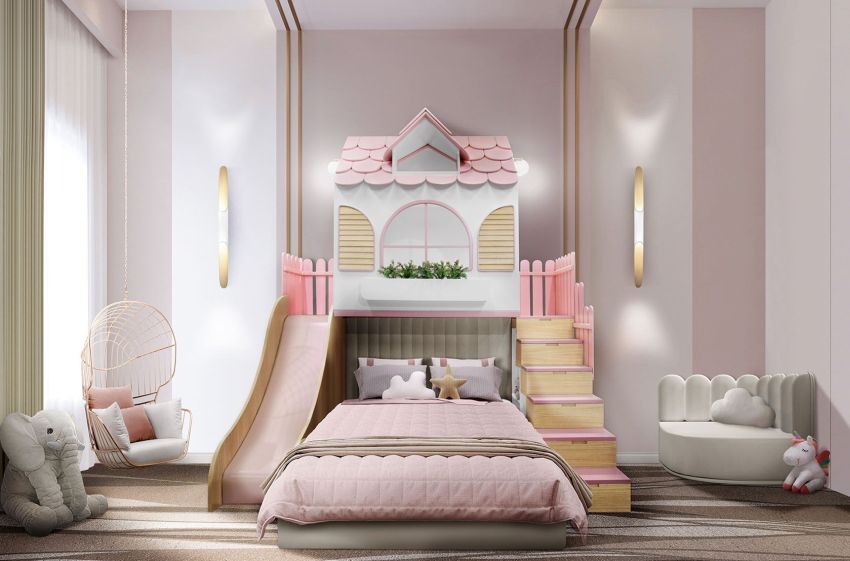 Dolly Playhouse by Circu Turns Your Kid’s Dream Into Reality 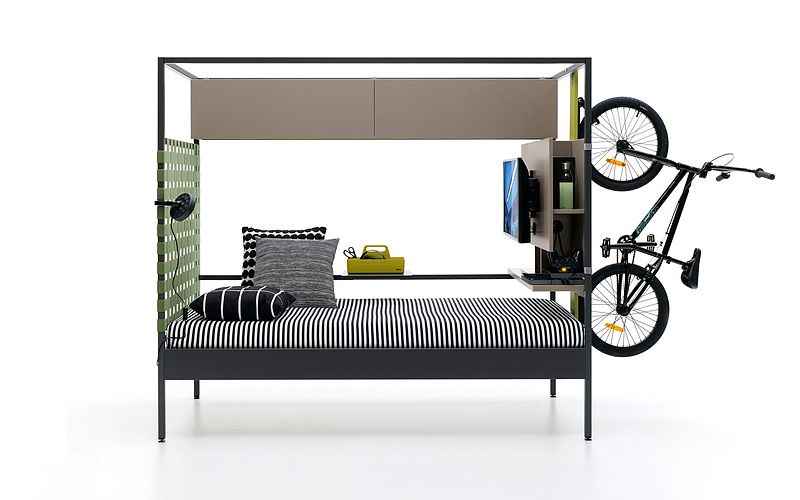 Nook Multifunctional Bed Holds Your Bike and has a TV too 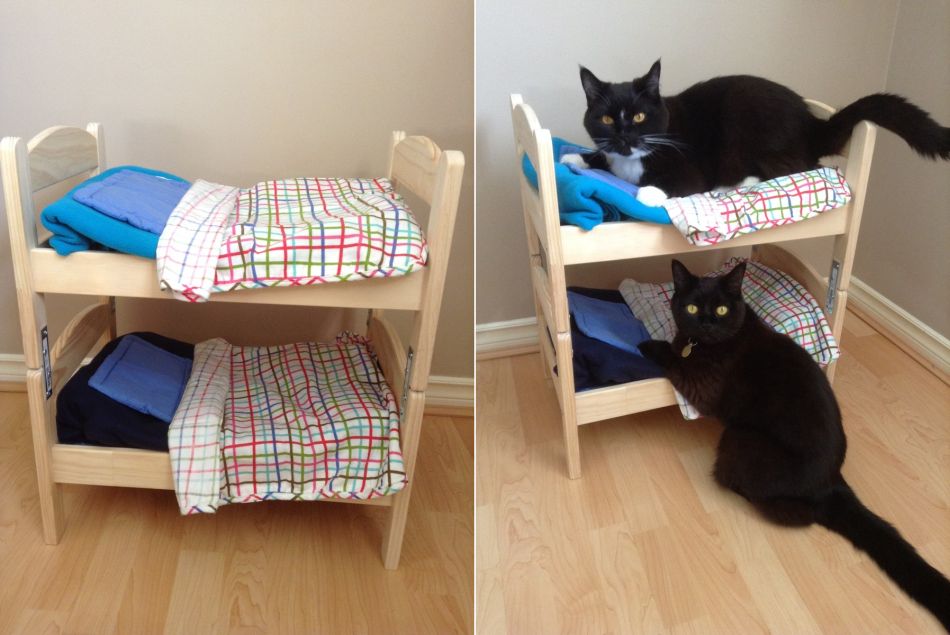