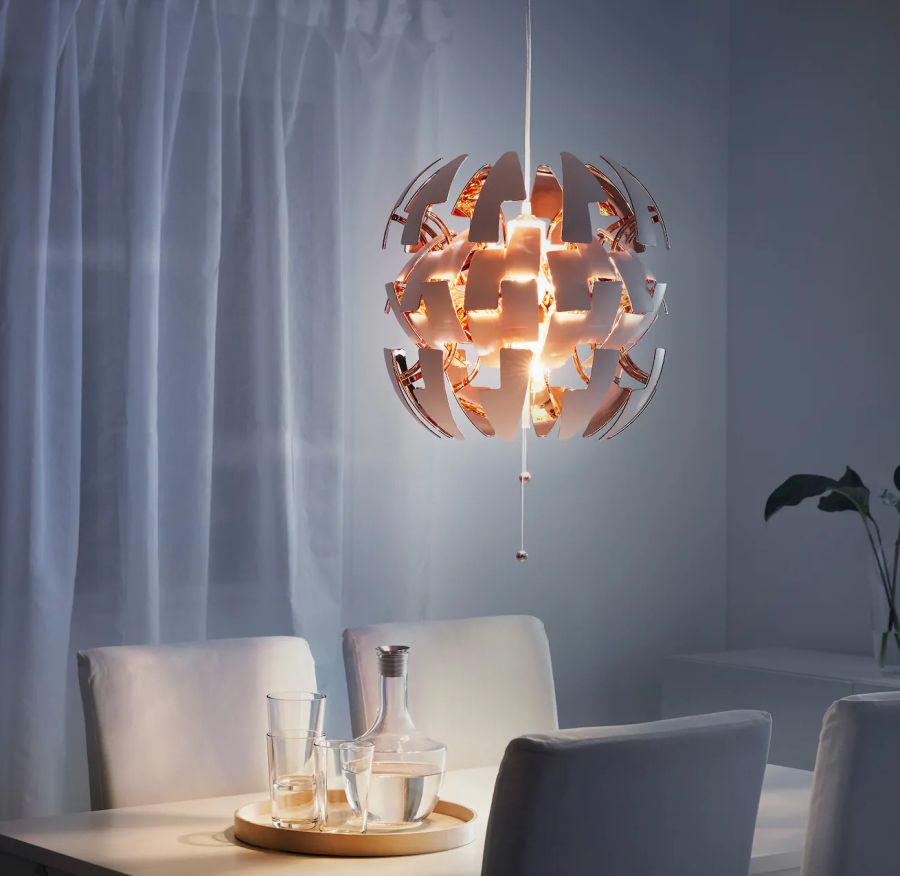 Are you still not over the merchandise and cool DIYs of the famous sci-fi flick Star Wars? Well, here is another treat for avid fans in the shape of the Death Star made by furniture giant IKEA, as a part of its latest IKEA PS Collection 2014.

This ceiling lamp designed by renowned designer David Wahl is inspired by the fictional space station ‘Death Star’ from the movie. It is designed into both functional as well as a playful design, which is likely to steal the hearts of kids as well as adults.

The circular ball-like structure comprises of white polypropylene plastic pieces assembled together onto rods at its center, and these rods are available in two different colors- turquoise or orange. The shape of the lampshade can be transformed from a spherical glowing fissure into an irregular mass of suspended panels just by pulling a string at its center.

Its light intensity can also be changed by pulling the string itself. If you want to dim the light in a room then keep the circular lampshade enclosed to render a faint ambiance of light. On the other hand, if you want more light in the room then pull the string to suspend the structure to spread light into the whole space.

Another good thing about the IKEA Death Star lamp is that it uses LED light to brighten your home. LEDs consume 85-percent less power than incandescent bulbs and also last longer, thus saving energy to a greater extent and also helps in reduction of electric bills.

You can purchase Death Star lamp for £60 ($75)  on IKEA’s website or from Amazon for $104 to add an elegant charm to the interior of your home or office.