Turn Your Instant Pot into Air Fryer with this $80 Lid 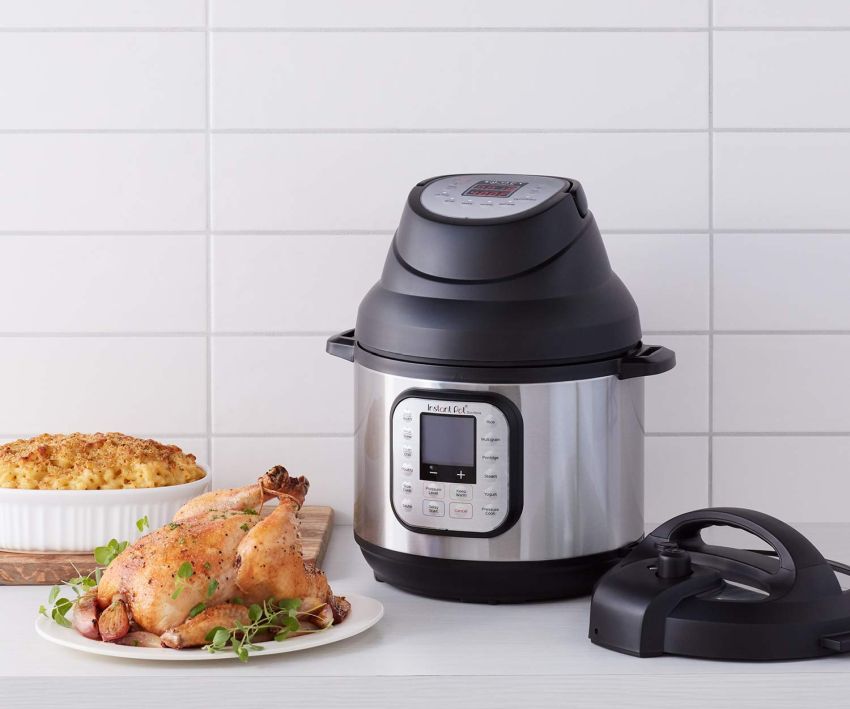 Instant Pot was conceived as a simple electric pressure cooker in 2009. Over time, it has gained popularity and new features have been added to make it a utility device for your kitchen. Now, it is a multifunctional cooker that combines a slow cooker, pressure cooker, rice cooker, steamer, yogurt maker, and a warming pot in one single device.

If you own an Instant Pot, you will be elated to know that it can now even be used as a powerful air fryer with the newly revealed Air Fryer Lid.

With the Instant Pot Air Fryer Lid now selling on Amazon, you can not only air fry but also bake, roast, reheat, broil and dehydrate. It comes with a multi-level frying basket, dehydrating and broiling tray, and a protective pad to place on it when it is hot.

My wife and I were uncertain whether we were interested in an air fryer, but the price of this secondary lid for the Instant Pot was pretty reasonable so we gave it a go. Thus far we have air fried french fries, cauliflower and brussel sprouts and we’ve been pretty happy with them compared to their fried or oven-roasted equivalents.

I had a cheap (huge) separate air fryer before. Everything had to be single layer, turned repeatedly. For my family of 5 that meant anything I cooked took over an hour. The ability to first pressure cook and then air fryer is awesome for chicken. I just generally love it. The instant pot was already my favorite kitchen device and this lid makes it even better.

The Lid works with most 6-quart Instant Pot models with a stainless steel inner pot. There are easy touch controls onboard to set up cooking presets for delicious results. Furthermore, Lid’s EvenCrisp Technology ensures a crispy crunch and a golden finish every time.

Just swap the regular lid of your Instant Pot with the Air Fryer Lid and you have a new 6-in-1 air fryer instantly for only $80. You can purchase it on Amazon.