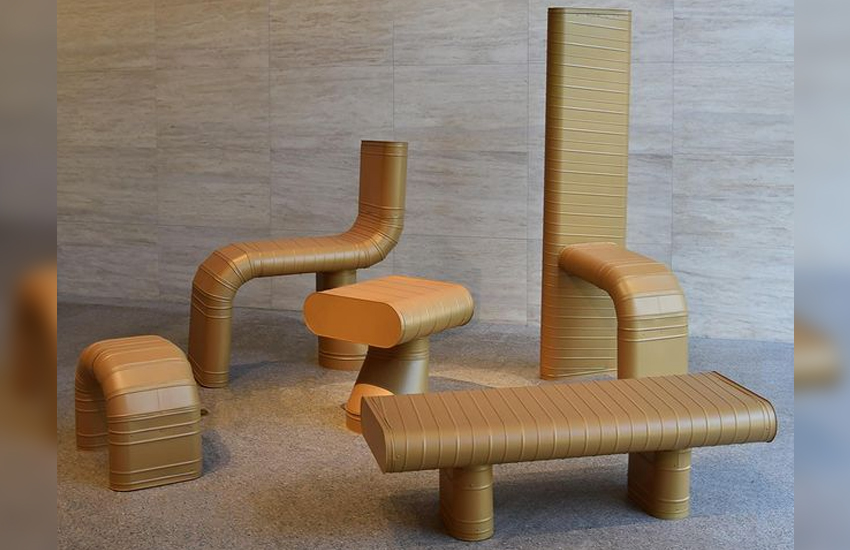 Industrial ducts are a throw-away material after their shelf life is over. However, Korean designer Jinyeong Yeon follows a different approach when it comes to breathing new life into items usually treated as a dump. Jinyeong turns industrial ducts into unique chairs.

The Seoul-based designer is creating vibes in the design industry by introducing the new chair collection that reflects Korean culture and recycles industrial waste.

Looking at the pictures, I initially thought them to be inflatable but that’s the beauty designer brings through his art. In the duct series, there are a total of five chairs in different shapes and sizes, highlighting raw industrial character.

One of the chairs looks like a high recliner while the other gives the vibes of a sunbed used at beaches. Another chair looks just perfect to sit but will be better off if pulled off as a coffee table.

The designer said that the duct series is hugely inspired by the comb stripe pattern of ducts. In addition, the raw appeal of industrial ducts also captured his attention.

We are not sure if the designer has yet put the collection up for sale but you can always see and admire his creations on his Instagram page.