It shows off a glossy aluminum body 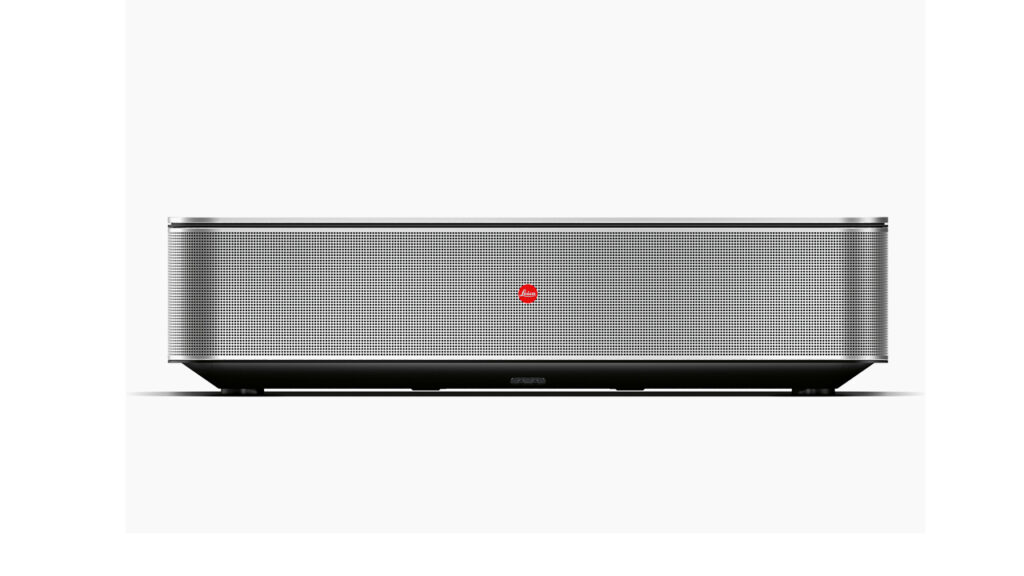 Once renowned for its exquisite cameras, and optical and photographic lenses, Leica has been floundering with its competitors in recent years. Despite being a big player in camera manufacturing industries, it has failed to match the competitive level of high-profile brands like Nikon and Canon which might have induced the German manufacturer to hop on to other product categories.

With IFA 2022 going in full swing, Leica took this as an opportunity to tease their first ultra-short throw 4K projector dubbed Cine 1. This isn’t exactly the first digital projector they have made. Previously, they sold a few digital projectors under the Pradovit brand, but Cine 1 is the first to get its name and logo embedded.

The first thing you should know as a reader is that there are two projectors in development. Both would incorporate Leica Lenses but would differ in image projection. One of the projectors would be capable of producing 4K images and beams up to 80-inches images while seated six-inches from the wall. While the other would project a 100-inches image while sitting twelve inches distant. The output delivered by the two models would be 2,100 and 2,500 lumens, which isn’t bad considering, it is the company’s maiden run in projector making.

Although, one should not take Leica for granted, because drifting from camera manufacturing to delivering projectors may sound like an upheaval move, but considering the brand’s reputation in making high-quality lenses, everything may fall in line for them. It is to be noted that projectors require a precise optics to create a square image and that is what Leica expertises in.

Moving on to other aspects, Cine 1 boasts a stylish design with a glossy aluminum body containing built-in Dolby Atmos surround sound speakers to elevate listening experience. As per a report by The Verge, both projectors feature a triple RGB laser light engine that is made in partnership with Hisense.

Moving on to the less nitty-gritty details, the Cine 1 4K UST laser projector features three HDMI ports, a built-in TV tuner, and a Common Interface slot. For more details and technical specifications, jump over to the official website of Leica.