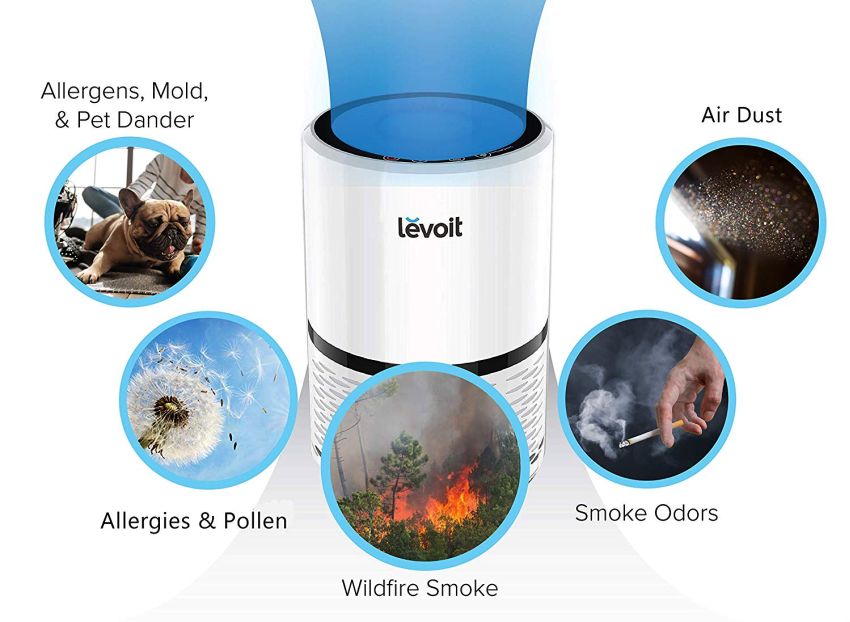 Gift your boyfriend healthy air and good health with this Levoit air filter, which is 100 percent ozone (harmful air pollutant) free. It does not use ultraviolet light or ions which produce trance amounts of measurable ozone.

Offering three-speed settings (low, medium, and high), the air purifier is perfect for small and medium-sized rooms. The air purifier also features a soft optional nightlight, which can help in lulling you into serene slumber.