Loo-uis Vuitton golden toilet by Illma Gore up for sale at Tradesy for $100,000 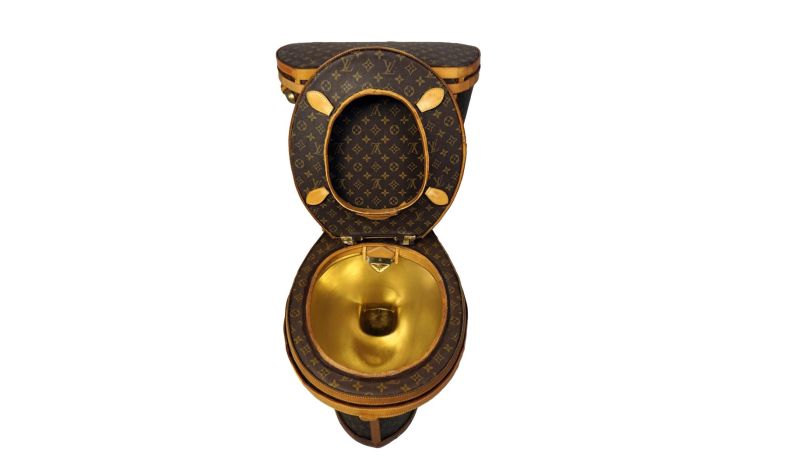 Los Angeles-based artist Illma Gore who caused a controversy last year for creating Donald Trump’s naked painting ‘Make American Great Again’ is once again in the limelight for another unusual art project. She has cut off 24 Louis Vuitton monogrammed bags to cover a golden toilet, which is currently on sale at Tradesy showroom for a massive US$100,000. It is a fully functional toilet complete with golden flush tank and toilet paper stand.

So, I personally love the idea of what it felt like to cut up a $2,000 bag. And the urge to destroy is just the same as a creative urge.

Got bored and started cutting up Louis Vuitton bags. Blacked out and found this.. pic.twitter.com/oss8AlIBy3

The idea of destroying luxury bags to cover a golden toilet is a totally weird thought, and by the way, it is suitable only for persons who can afford everything in gold. The online retailer Tradesy has approached her to create this too-much expensive artwork in form of a golden toilet.