Its body will be made from 65-percent recycled plastic 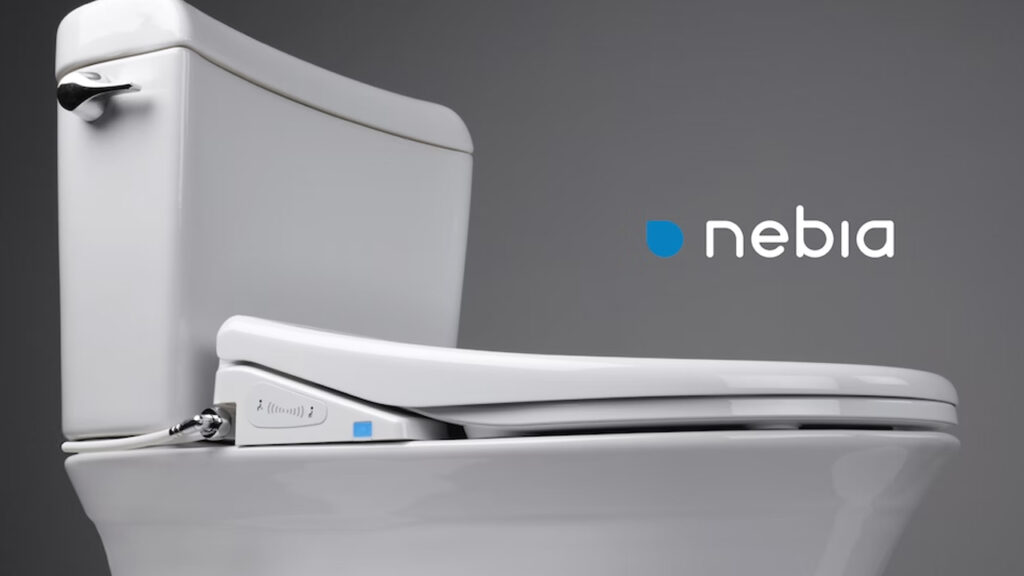 Nebia was once hailed as the Tesla of showerheads but its fad significantly dropped with the emergence of bathroom atomizers like Tandem shower and the growing popularity of years-old brands like Kohler and Moen. This may have prompted San Francisco-based startup to not just stay restricted to the business of making showerheads but also try their luck in other areas of the bathroom.

As a result, Nebia is now making the best utilization of its patented technology and has launched its sixth Kickstarter campaign, where they are teasing Nebia electronic bidet seat, a gentler and more hygienic alternative to toilet paper. Boasting a modern slim body made from recycled plastic components and sustainably manufactured, the Nebia Bidet seat possesses a number of features.

From a heated seat to self-cleaning nozzle with five different water pressures and built-in sensors, the bidet seat is terrifically functional. It comes with a dual-temperature bidet attachment that allows users to use cold or hot water. The bidet seat is also equipped with heated air dryer and there are onboard aluminum knobs for easy control. If you are not a fan of knobs, the seat can also be controlled with a remote.

Before supporting their Kickstarter campaign, keep a few things in mind. The Nebia electronic bidet seat was designed to fit an elongated toilet seat and is not compatible with a rounded toilet seat.

Another important factor to keep in mind is that the dual temperature bidet attachment must hook up to the hot water supply. Since the attachment is non-electric, it is unable to heat water on its own and depends on an external source.

Other features are LED nightlight and activated carbon deodorizer. If successfully crowdfunded, it will be the first bidet made with recycled plastic. The company claims the body of the Nebia bidet will be made from 65-percent recycled plastic.

In addition, the startup would also incorporate 10-percent recycled plastic in both, the lid and remote. The Nebia bidet is currently being crowdfunded on Kickstarter and can be grabbed for $499.