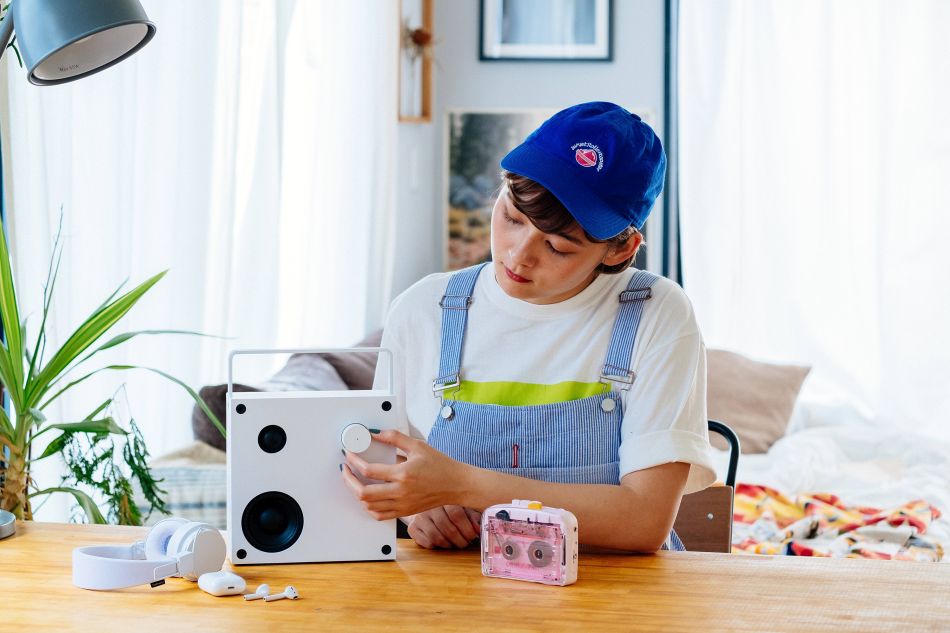 Ask those kids from 1980s what was the best source of music for them and in unison they’ll call – the cassettes! Ask the ’90s kids the same and they’d say it was the portable cassette player. Marrying the love of cassettes player with the technology of today, NINM LAb has conceived Bluetooth-enabled cassette player you can carry around to display the nostalgic intent.

Powered by two AA batteries, it is touted the world’s first cassette player with Bluetooth 5.0 that not only supports traditional 3.5mm headphone jack but can also connect with Bluetooth 5.0 headphones or speakers. Whether you are alone at home or strolling in a shopping mall, you can now listen to songs from your favorite cassette tape on Bluetooth headphones.

From color selection to transparent cover and classic back clip, this is designed after the portable cassette player of the yesteryears. Measuring 118mm x 84mm x 33.5mm, it weighs about 152g without batteries. There is a built-in mic to record messages and also a LED Bluetooth connection indicator.

Also Read: Elbow cassette tape player will remind you of your childhood

To be available in three different colors, it is currently on Kickstarter. You can pledge a minimum of $75 to get one in December 2019. If you want to relive the era where cassettes were the fore, IT’S OK Bluetooth 5.0 cassette player is the gadget you would want to own.