This Nuclear-Powered Sky Hotel Will Never Land on Earth 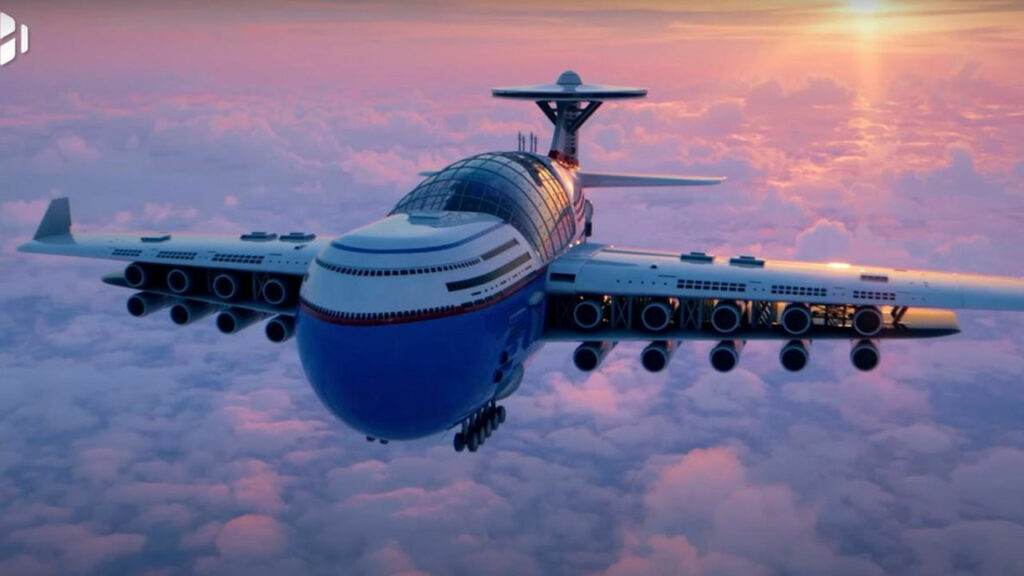 Is the internet making us crazier than ever? Well, I’d say yes. I firmly believe that the internet has not only blitzed our minds but also our senses. You might be thinking that I am smoking philosophy in the air, but the truth is the World Wide Web has not only captured our hearts and minds but also the cognitive abilities of the human race. There are multiple examples of me being hell-bent on this particular slant of mine.

Let’s start with the world’s first space hotel we covered a few months back. The company working on the project touts that the hotel will be ready for use by 2025 and I am highly sceptical of that happening. There is another project which is making turns on the internet these days. News channels across the globe have been covering it as a flying hotel that can stay airborne for years. As far as the repair works are concerned, they’d also be carried in the mid-air, claims the video.

Yes, we are talking of another conceptual design here. The concept of Sky Hotel or the Sky Cruise was introduced by Tony Holmsten. It is designed by Hashem AI-Ghaili, a Yemini filmmaker and producer who is also known for fantastic infographic science and technology videos. Hashem posted a video on social media where he introduced the world to a nuclear-powered sky cruise that could be the perfect holiday destination in the future. The immediate reaction to the video was media going gaga over it.

The shape of the Sky Hotel looks like a royal Caribbean cruise which functions on 20 electric engines that run on clean nuclear energy. Hosting about 5000 guests, the sky-hotel is super large and features luxe amenities like swimming pool and gym. There would also be a large wedding hall alongside shopping malls, sports center, restaurants, playground for children, theatres and cinemas for recreational and entertainment purposes.

Hashem Al-Ghaili said, “I want to reiterate that it’s just a concept. I’m happy to see that it has stirred a lot of discussion and made you take a moment to dream of a future where such stuff could exist. Discussing on the possibilities of future design, he further stated, “I do believe that the Sky Cruise (Skytanic or Flytanic) could someday roam our skies. Small nuclear reactors that can power airplanes are expected to be ready by 2030s.”

Well, it all looks fancy on papers, imagination and CGI but the design is next to impossible. It would require billions of funding, meticulous planning and a lot more rocket science. Another query arising that was left unanswered is landing of the aircraft. Since the nuclear-powered sky hotel is touted to stay in mid-air, how would the passengers and visitors land in emergency is the big question irking everyone minds.

Al-Ghaili social media timeline was also peppered with comments refuting the practicality of the project. One Instagram user named blonde.aero commented, “As a pilot and aircraft engineer – this is impossible construction. At least definitely not the way it is represented there. But gigantism is a funny fantasy.”

On a cheeky note, if physics and aerodynamics didn’t exist, there might be a possibility of the nuclear-powered sky hotel.