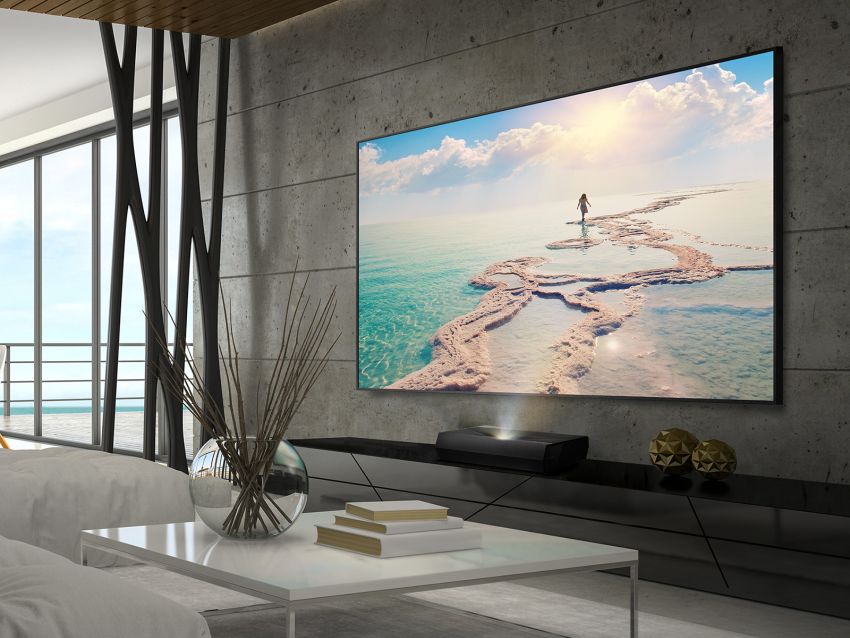 China-based audio and visual solutions company Optoma come into limelight globally after the launch of its CinemaX P1 Smart 4K UHD laser projector with ultra short throw technology at CES 2019. If you are thinking to buy the projector, there is good news – you can pre-order it now on Amazon for $3,300. It will be released officially on October 1, 2019.

Measuring just 22.1” wide, the projector can be used right out-of-the-box without the hassle of mounting and transporting heavy equipment.

With Optoma’s Smart+ technology, users can control their home theater with voice commands, including powering on and off the projector, controlling lighting and volume, pausing content and more.

It was honored as a CES 2019 Best of Show finalist and also awarded an Infocomm Best of Show 2019 award by ProjectorCentral.