Philips Screeneo U4 projector has two HDMI 2.0, a USB-A and a Jack 3.5 to connect different devices 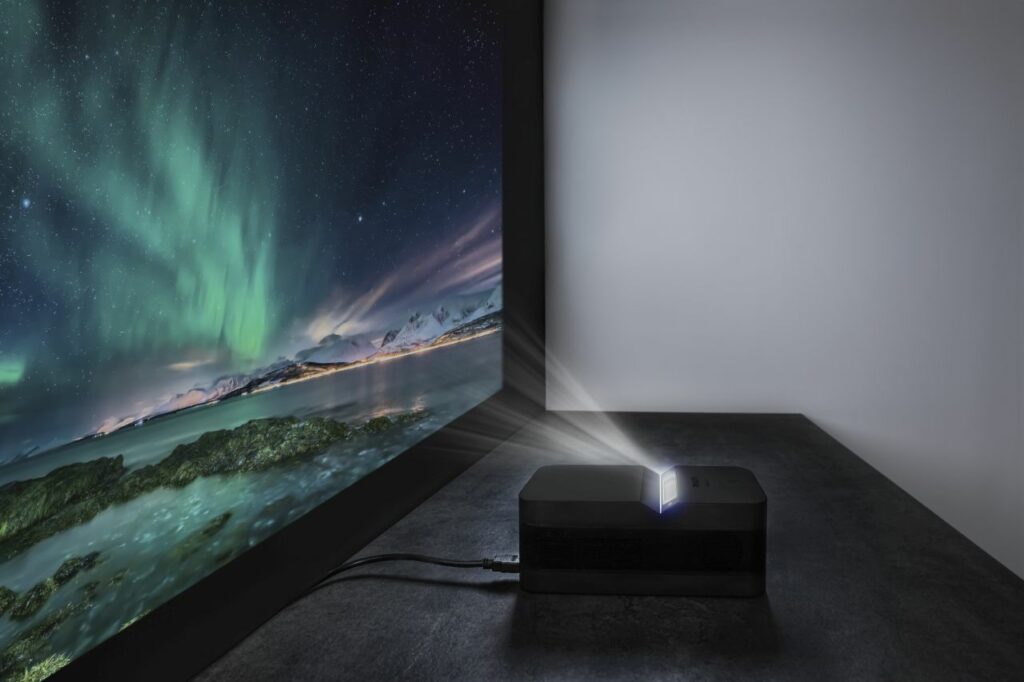 There is a lot going on in the projector industry. A few months back Epson launched the world’s smallest and lightest 20,000-Lumen projectors. Later LG joined the party and unveiled CineBeam 4K ultra-short-throw (UST) projector dubbed HU915QE. In a world where companies are drifting towards 4K, Philips is still stuck at 1080p.

Tapping into the UST projector market, the Dutch company has launched the new Screeneo U4 projector with 1080p picture quality. It projects an image of up to 80-inches in size while positioned just about 12 inches from the projection screen. A user will be able to watch a big screen in a small room but the picture quality is limited to HD.

Whenever we talk of a projector lumens is one of the most important aspects. On a little downside, Philips Screeneo U4 disappoints here and offers just 400 lumens. Well, you can still watch a movie though in day time, you may have to close the curtains and watch it in a dark room to get a good level of contrast and brightness.

Nevertheless, the biggest talking point about the projector is its compact size. While Sony and Epson have their eyes set on bringing huge movie theater-caliber projectors into the home, Philips is rapt on introducing compact alternatives that offer good resolution in a small package and Screeneo U4  ultra-short-throw is where it all begins. Measuring just 8.8 inches in length, and weighing three pounds, it is compact in size and less expensive than LG, Anker or other competitors.

Unlike Epson projectors, the Screeneo U4 does not feature Google TV and Wi-Fi, rather it is hell bent on encouraging users to opt for a streaming dongle, thanks to its two HDMI ports which support the action. In addition, there is a pair of 15-watt speakers built-in to deliver premium quality sound while users have an alternative to connect wireless headphones over Bluetooth.

Its modern design with aluminum and ABS in full dark matte will seamlessly blends into a modern home. This 1080p UST projector isn’t as impressive as any other ultra-short-throw projectors in terms of quality, but its price can be a selling point. Successfully crowdfunded on Indiegogo, you can get one by pledging the project for a minimum of €619 about $650.