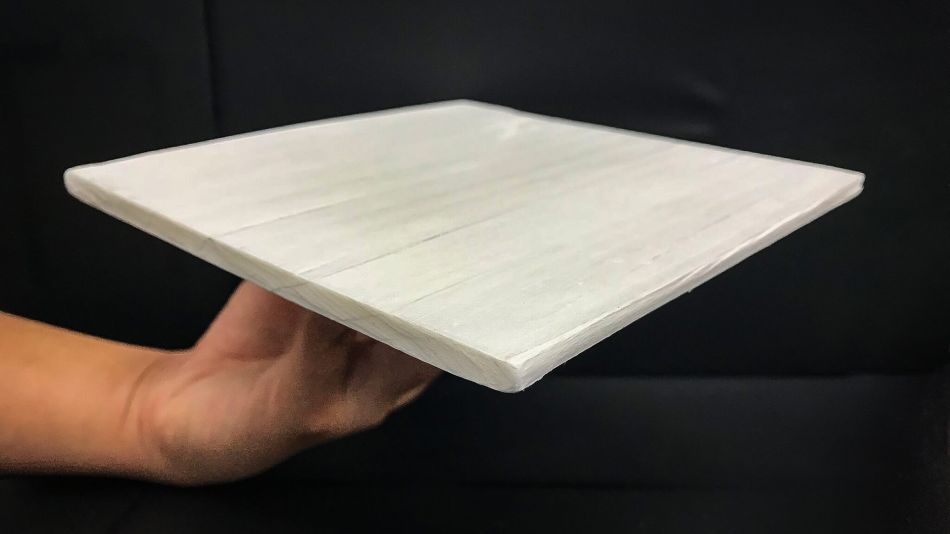 Researchers at the University of Maryland and the University of Colorado who previously developed the “super wood” have found a possible way for buildings to dump heat sustainably by use of advanced wood nanotechnology.

They have engineered wood that is capable of staying 12-degrees cooler than regular wood used for construction. Imagine houses made from radiative cooling wood that will stay cooler without using electricity?

Orlando Rojas, a professor in the Department of Bioproducts and Biosystems at the Aalto University, Finland said,

It is interesting that the same material that releases heat upon combustion can be used for cooling, offering new opportunities in green buildings.

Researchers have used cellulose nanofibers and natural chambers, tiny structures in wood,  that pass water and nutrients up and down inside a tree to engineer this wood that radiates heat. The team created a pale wood by removing lignin using hydrogen peroxide. Wood was then compressed to restore its strength and a superhydrophobic compound is added to make it water-repellent.

This resulted in a bright white wood that can be used as siding or in the roof to push out heat from inside the building.

The team tested its engineered cooling wood in Arizona, where they found that it stays five to six-degrees-Fahrenheit cooler than the ambient air temperature, even during the hottest part of the day.

The best finding was that the cooling wood stayed 12-degrees cooler than natural wood, which generally heats up easily in sunlight.

A future thought: If buildings in hot areas have siding and roofs made of this cooling wood, it would help save a great deal on bills that inflate because of air conditioning and other appliances used for keeping the abode cool.