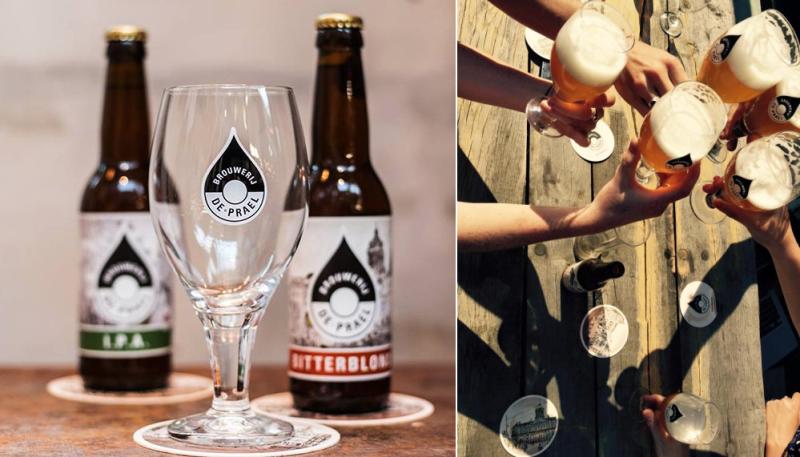 Netherlands has been experiencing relentless rain since the month of June, flooding the areas with unwanted water. To neutralize the harsh effects of rain and harvest rain water for something that has never been done before, a group of budding entrepreneurs have made a brew from rainwater. They took inspiration from a government project called Amsterdam Rainproof which makes citizens aware of the problems created by heavy rainfall. The project aims to make everyone aware about the uses of rainwater harvesting.

To do this, they have launched a brew (beer to be precise) made from rainwater to demonstrate how we can make good use of extra rainwater. They did so at the De Prael brewery in Amsterdam and people keen about this experiment turned up to taste the chilled beer made from rain water. They used organic malted barley and wheat as the base material, while hops and yeast provide fermentation and flavor to the beer.

37-year-old Joris Hoebe thought if this unique idea and with a group of four students and a researcher managed to brew beer from rainwater in the basement of Amsterdam University of Applied Sciences. They collected 1000 liters of rainwater and with help from local brewery managed to bring this unique beer to life.

The makers have branded it as Hemelswater: Code Blond and it is a 5.7% alcohol content beer. It is quite smooth, fruity in taste and as expected bitter as a beer should be. It is worth telling that Hemelswater means heaven’s water in Dutch.

Related Posts
Hybrid Cocktail Glass Lets You Mix Cocktails to Perfection at Home
By Happy JastaFebruary 12, 2022
25 Hot and Spicy Alcoholic Drinks to Enjoy This Christmas
By Priya ChauhanDecember 20, 2021
25+ Extremely Gross Halloween Food Ideas That will Freak Your Guests Out
By Monika ThakurOctober 21, 2021
Discovery’s Food Network Kitchen Subscription Service is Available in the US
By Happy JastaOctober 23, 2019
Leave A Reply Cancel Reply