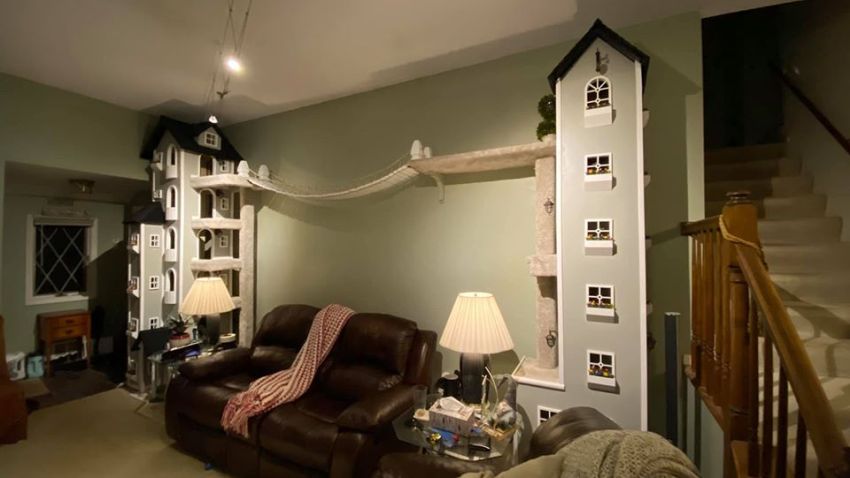 There are very few pets around the world that have owners like Rob Coutu from Windsor, Connecticut who has built two luxurious high-rise cat towers for his Savannah cat, Zach. He started the project in 2019 and kept posting photos and concise information about the construction process on social media.

The build is detailed and fits into the room decor seamlessly. Named after the cat, the towers with signboards are called Zach Tower and Chateau Zach. There are lights within that add quirkiness to these cat towers. Rob keeps including new features to the cat towers, which make his creations timeless.

As seen on his Facebook page, the cat towers are made of wooden frames with carpeted walls. There are multiple levels in each tower along with little windows and planters. Both the towers are connected to each other by a swaying bridge.

This high-rise cat tower project gained momentum gradually and now it has gone viral on social media. People are wishing to have such elegant cat towers at home. After an overwhelming response, Rob is planning to build and sell these cat towers or their building plans.

Also Read: 20 Designer Cat Beds You and Your Cat Will Love

Rob noted in a Facebook post that the price for these would start at around $5,800. Head over to Kitty Towers by RACoutu Facebook page for more information and details. 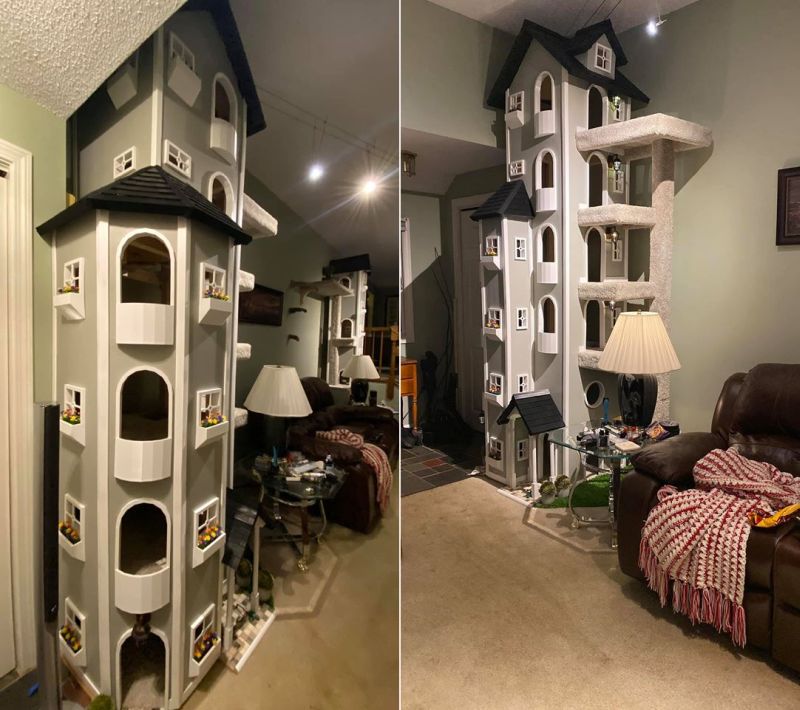 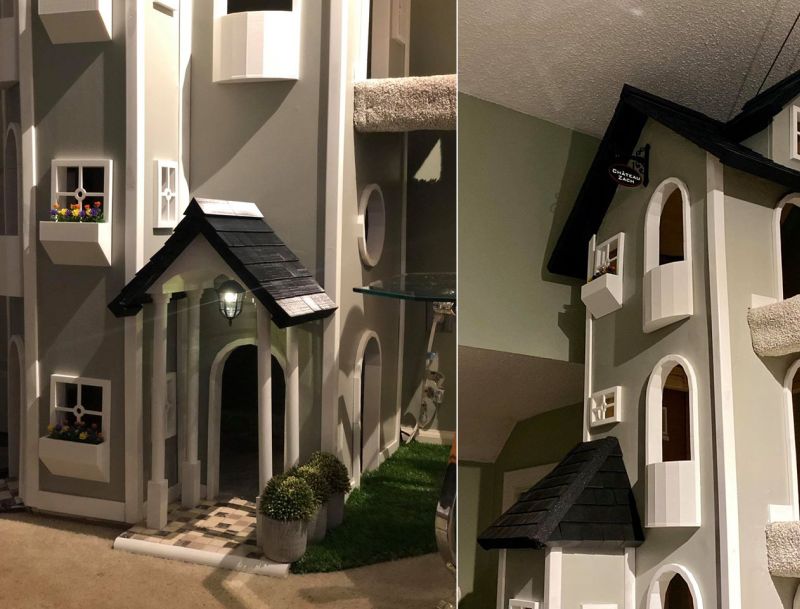 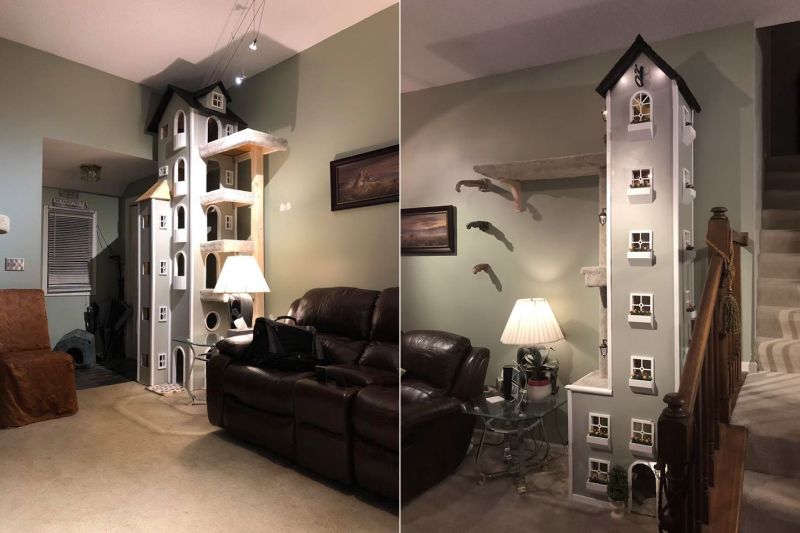 If you are a cat lover looking for ... 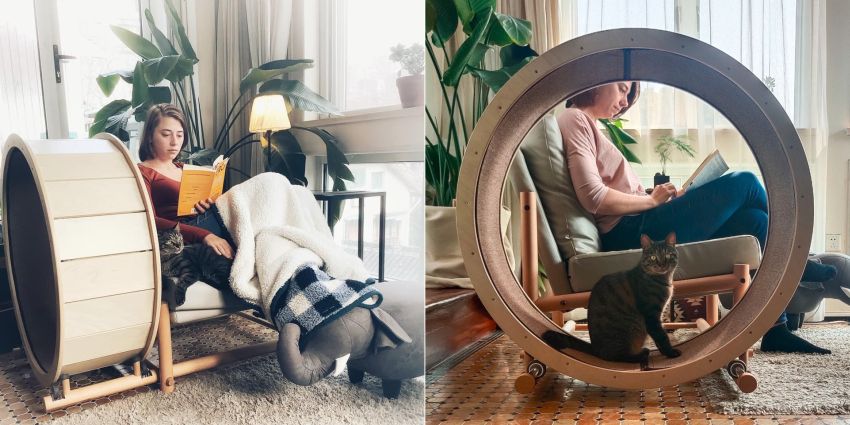 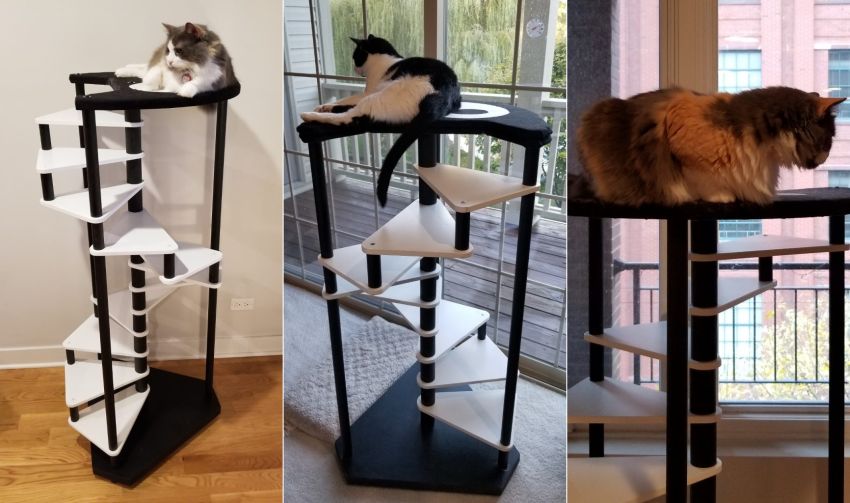 This Stepped Cat Tower Will Encourage Your Cat to Exercise 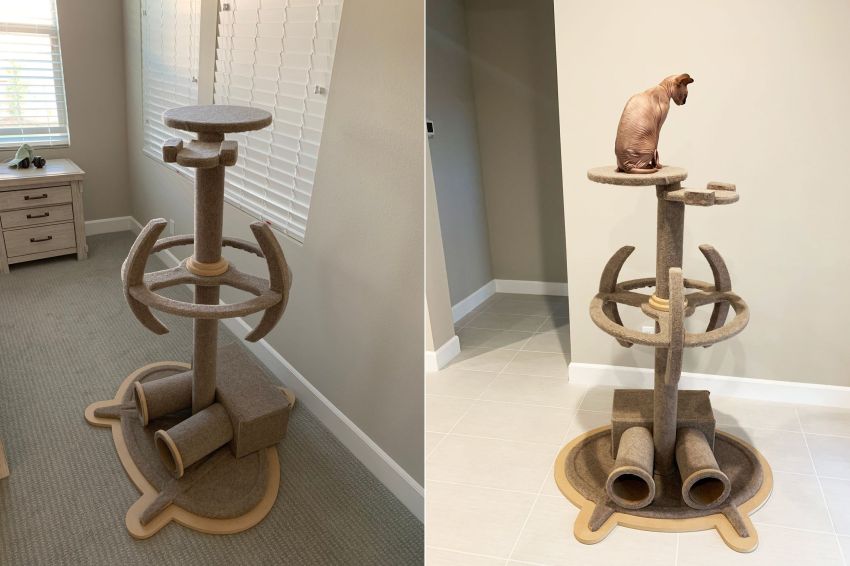 Star Trek-Themed Cat Tower: Have Your Feline Join the Fandom