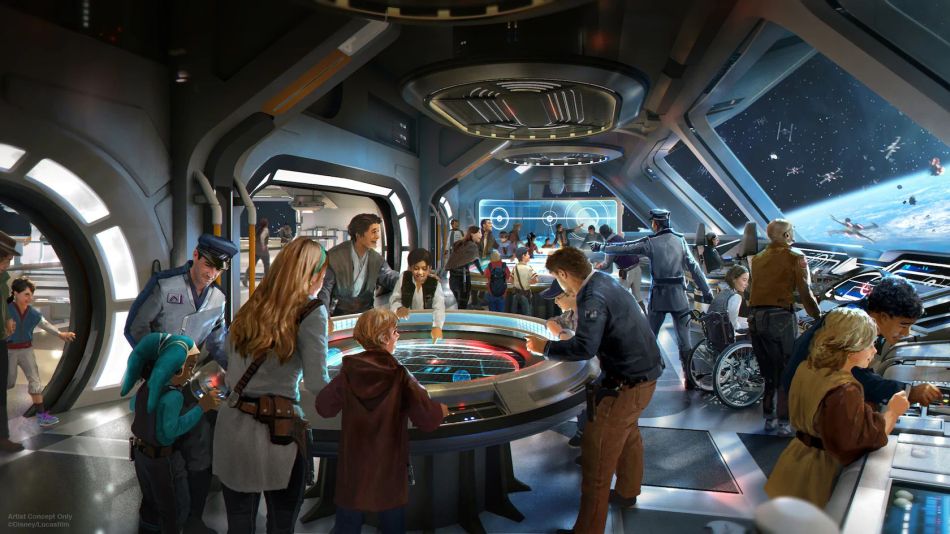 Dubbed Halcyon, it will not just be a Star Wars-themed hotel in shape of the Starcruiser ship but will pack an immersive experience. Visitors will be able to stay in special cabins, have dinner, make a planet-side tour to Black Spire Outpost on Batuu, and do a lot more. They will also be invited to participate in onboard activities, interacting with characters, crew, and other passengers.

The adventure begins from your arrival at the Galactic Starcruiser Terminal at Walt Disney World and continues until your two-night stay ends. You will be invited to enter a Launch Pod that will transport you into the custom-built space. There will be windows above, from where you will be able to see yourself leaving the real world and entering to the Halcyon.

After the Launch Pod docks with Halcyon and airlock opens, you will step into the ship’s main deck Atrium to begin your journey through a galaxy far, far away. It is a multi-day experience that includes interacting with members of the crew, other passengers, and familiar Star Wars characters, exploring the Halcyon’s navigation and defense systems, and an excursion to Star Wars: Galaxy’s Edge at Disney’s Hollywood Studios. There will also be an opportunity to wield a Lightsaber.

The Halcyon at Galaxy’s Edge at Disney’s Hollywood Studios at Walt Disney World Resort in Orlando, Florida will surely offer a unique vacation experience to guests. They will be able to explore the galaxy and functioning of a Star Wars ship.