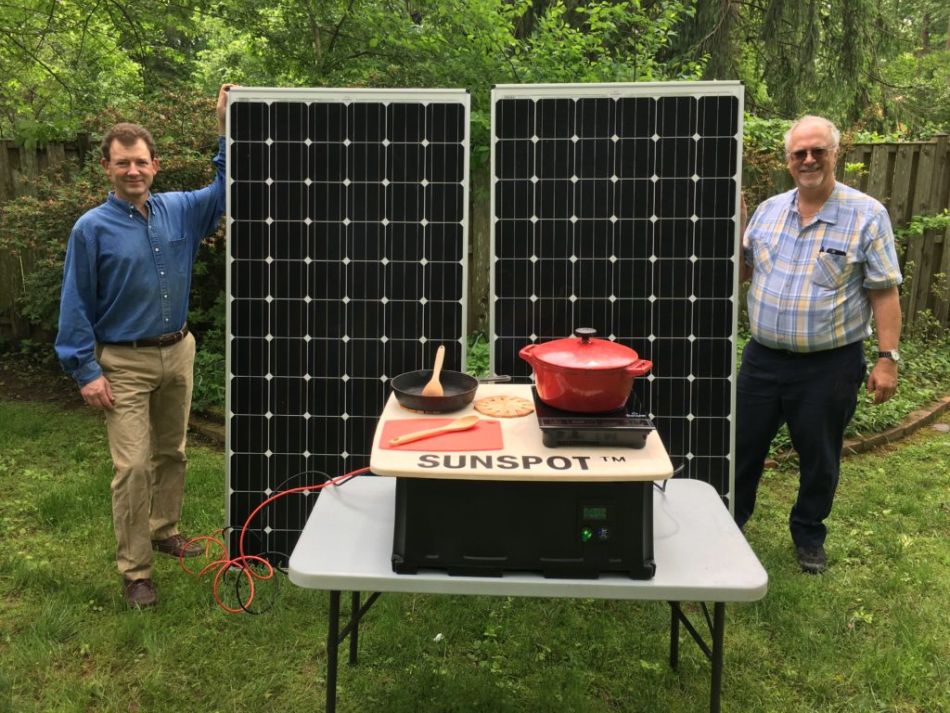 SUNSPOT Solar Electric Cooking system is a result of continuous research, fieldwork, and testing for nearly two years by a team of dedicated individuals who wanted to create an alternative to biomass cooking. The main idea was to benefit people across the world, mostly in developing countries that are still using basic biomass fuels. It will not just help take away from the dangers of smoke on their health but also benefit the environment by reducing the extent of deforestation.

Lowered carbon emissions will mean less pressure on local forests, but most importantly, the elimination of smoke from traditional fires and other quality-of-life improvements for the women and children most directly involved in cooking. We look forward to working with partners around the world to scale this technology and help achieve the RTC goal of moving the world ‘toward an energy system supplied entirely by renewable energy sources.

The base model of SUNSPOT cooking solar electric will support an electrical load of 2-kilowatt hours per day that is enough to cook meals for a family of five to six people, as well as power LED lamps and mobile phones. Each system includes a small battery that is intended mostly to balance the solar output and cooking needs. It is most ideal to cook during the day when the sun is out and use the system for lighting at night.

On the whole, the SUNSPOT solar electric cooking system will benefit women and children by improving health and increasing the amount of free time that can be spent on more productive activities like education and commerce.

It has been declared the winner of the second Renewable Transformation Challenge 2019 by Dutch information and analytics company Elsevier and International Solar Energy Society (ISES).

Related Posts
Signature Kitchen Suite’s Under-Counter Refrigerator has Convertible Drawers
By Happy JastaNovember 1, 2022
How to Pull Off The Matte Black Kitchen Trend in Scintillating Style
By Sameer KumarSeptember 15, 2022
Most Popular Kitchen Design Styles in 2022
By Priya ChauhanAugust 24, 2022
30+ Halloween Kitchenware to Buy and Spice Up the Spooky Feast
By Monika ThakurAugust 19, 2022
1 Comment
Leave A Reply Cancel Reply