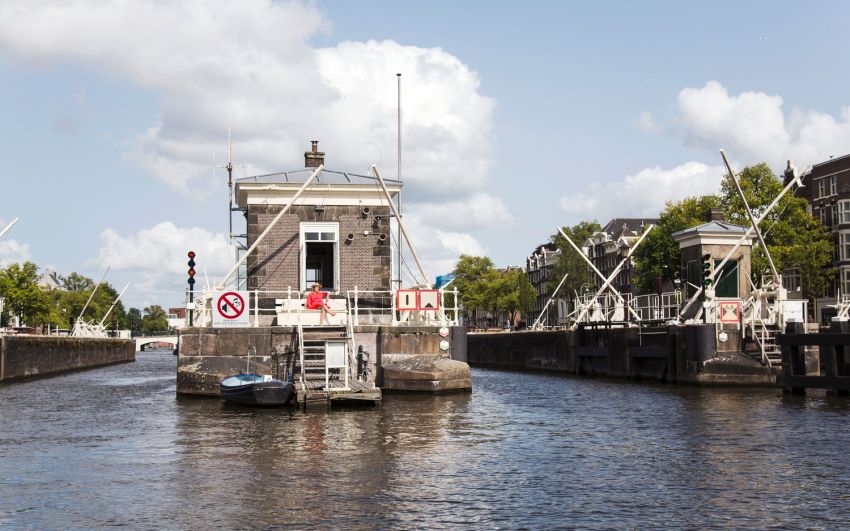 SWEETS hotel in Amsterdam is a series of tiny suites, converted out of former houses of bridgekeepers, who opened gates to let boats pass through. With the bridge control system going centralized, these canal-side houses were left redundant, until the hotel project started in 2012 and began turning them into hotel rooms for travelers to have an unexpected experience in the city.

Dutch architecture firm Space&Matter in collaboration with the founders of the Lloyd Hotel & Cultural Embassy, Suzanne Oxenaar and Otto Nan (presently called Seven New Things), and developer Grayfield have conceived the idea and are responsible for these tiny hotel suites.

Dating back to between 1673 and 2009, these houses situated along the canals instilled a feeling of vintage architecture and offered a panoramic view of the surrounding area. These aspects probably inspired the project initiators to utilize the age-old structures for hotel rooms. Varying in size from 12 to 70m2, these bridge houses also keep up with the ongoing trend of small space living.

Each bridge house now is an independent hotel suite for a maximum of two guests.  In addition to a cozy sleeping space, even the smallest of suits accommodates a bathroom with a toilet and shower. There are a total of 28 bridge houses at different locations, which are being assembled under the SWEETS hotel umbrella.

Each suite is unique from the other with canals as the connecting corridor between them and the city. Since these rooms are at a distance from each other, there is no central facility for dining, shopping or leisure. Guests can take advantage of nearby restaurants, cafes, shopping arcades and spend rest of the time in their cozy suites overlooking the calm waters of the canals.

The SWEETS hotel has been working for the past eight years and there are 20 bridge houses available for reservations currently. A suite can be rented for a starting price of €120 (about $130/night).

The hotel is winner of the Frame Award for Hotel of the Year.