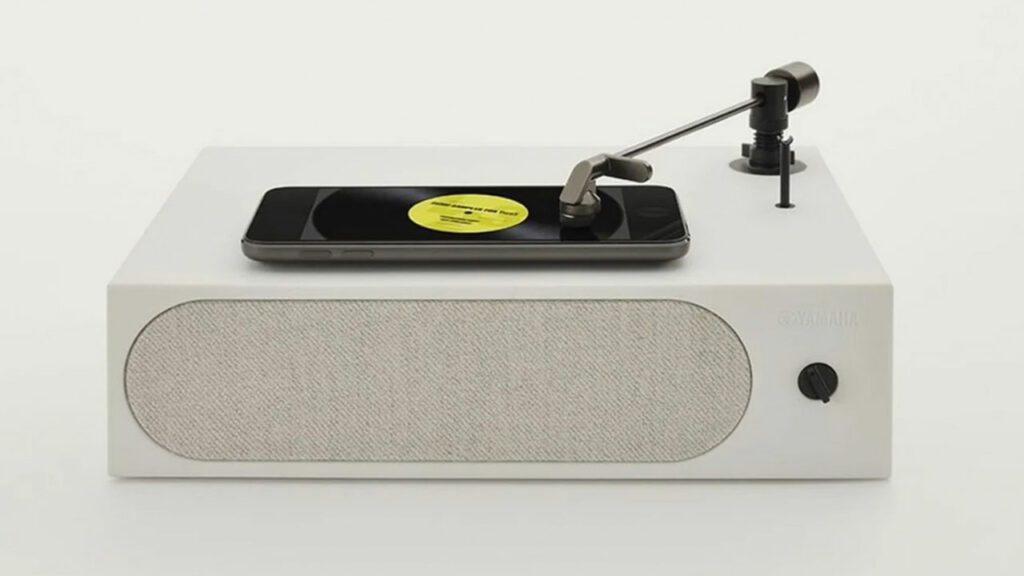 Both, the designer community and design lovers were absolutely thrilled after IKEA introduced its vinyl revival this past month. Despite the modern generation drifting toward online music streaming platforms, the Swedish furniture manufacturing giant is still trying to lure its customers with a classic record player. While IKEA might be following an old-fashioned approach to satiate boomers, Japanese company Yamaha has mastered the art to please both boomers and millennials with not-so-classic record players.

Yamaha is smart to understand that modern generation is glued to online streaming and transforming a smartphone into a record player might just be a smart move. Its think tank Yamaha Design Lab has proposed TurnT, a record player that syncs with your smartphone. Don’t confuse it as a separately made record player, instead, they simply use the phone screen as a vinyl record.

TurnT looks like a small box that incorporates a speaker and also a stylus that synchronizes with your smartphone. You simply position the stylus over the digital record displayed on your phone screen and the music starts playing. When changing the song, you can use the onboard options or just reposition the stylus in the traditional manner.

Yamaha believes that carefully placing the stylus onto the screen will bring back the nostalgia of past days while also paying an ode to your music choice. This device is part of Yamaha’s Stepping Out of the Slate collection, which also features music devices that work in combination with smartphone apps.

Only a concept now, TurnT by Yamaha has the potential to attract the old and new generations provided it doesn’t lose the buzz midway.