There are a variety of lighting options available in the market and with cutthroat competition between designers, it is often difficult to distinguish what is the best choice on the platter. However, every now and then some products outshine others in design and functionality. One such item that stands tall among the rest literally and figuratively is the TX1 lamp.

TX1 is brought to you by Marco Ghilarducci, CEO of Martinelli Luce which is an Italian design Lamp Company producing lamps from three generations. To brighten the dim corners of your house, the lamp is at your service with its multipurpose features and is suitable for both office and home environments.

The body of the lamp comprises a reflector that is in the shape of a disc and a cylindrical base that supports the disc. The two are further connected by two thin arms which hold the disc firm. The reflector is facing upward and is slightly inclined. It holds a resemblance with the vintage dishes you used to have at your homes. The reflector is responsible for emitting light and can be easily placed anywhere from a tabletop to your office desk.

The reflector is made up of painted aluminum and seems to suspend in the air while the light is produced by the cylindrical base. The lamp is designed to emit light through the reflector, which can be oriented either way, in order to direct soft light in the desired direction.

The lamps are available in two versions constituting: LED light version and Tunable White LED light. The LED light version functions with the power supply integrated into the body lamp but in the case of the Tunable White LED light, the lamp is dimmable over Bluetooth. In addition to this, TX1 also features two different sizes constituting a ‘Standard’ version that can be placed on the floor and a ‘Med’ version to be used as an actual table lamp. Lighting plays a crucial role in our day-to-day ... 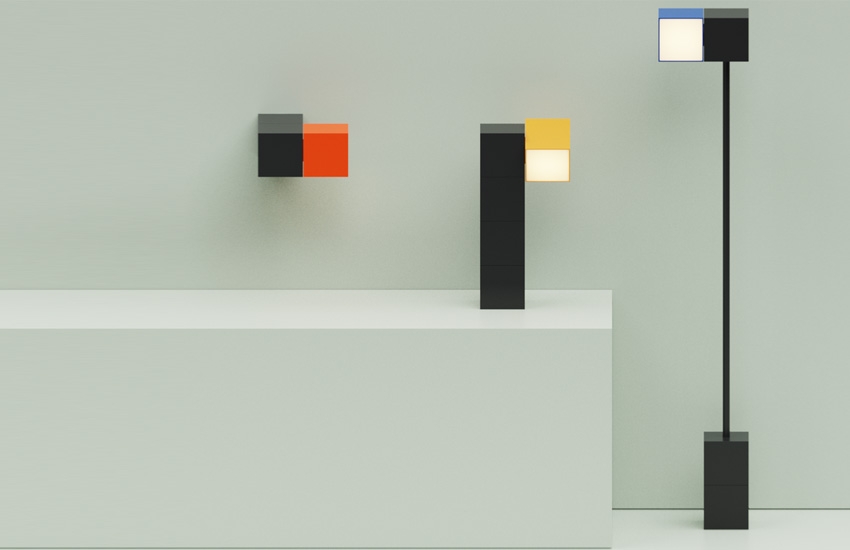 LEGO-Inspired Analog Lamps Will Brighten Your Work Space in Style