Virgin Galactic Reveals its Gateway to Space at Spaceport America 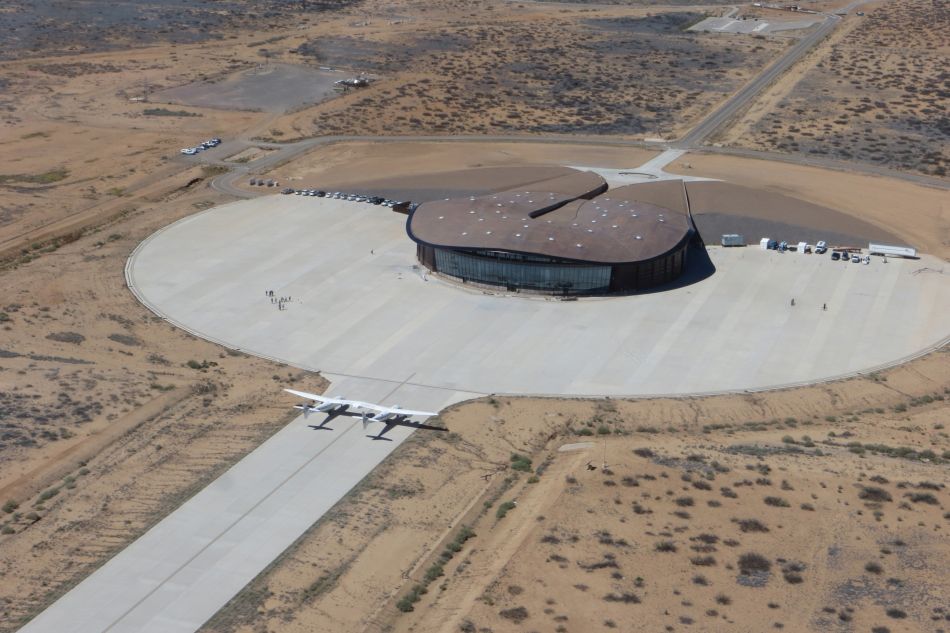 Virgin Galactic, the British company that is developing commercial spacecraft in order to offer suborbital spaceflights to tourists, has revealed the layout of the Gateway to Space – a building for community gatherings and operational staff at Spaceport America. It includes operational areas as well as lounge areas for passengers and other visitors. Tourists will gather in the building before their departure to 90-minute ride into space in commercial spacecraft, such as the VSS Unity.

Named Gateway to Space, this 670,000-square-feet facility sitting on 18,000 acres of State Trust Land in New Mexico is designed by famous architecture firm Foster + Partners. It is a two-story building for spaceflight operations, space tourists, their family, and friends. The spaceport facility is now operational and able to support Virgin Galactic’s flight requirements.

Inspired by our home planet, the first floor is named Gaia, which translates to ‘Mother Earth’ in Greek. It is the point of departure and return for space tourists. The floor design, furniture and fittings make it a hub for social gatherings.

The use of natural materials and the color palette is inspired by our planet. There is an elevated, interactive digital walkway to enhance the departure experience for passengers. Gaia also features Barista Island, a central bar made of back-lit Italian marble hovering above hand-crafted oak.

The second floor is named Cirrus, representing light, air, and flight. It is the main area for spaceflight operations, and it is connected to Gaia below through a double-height atrium. It’s color palette shuffles from earthy tones to lighter white and grey shades. This area is home to Mission Control, the Mission Briefing Room, the Pilot Corps and the rest of the Flight Operations team.

In its press release, Virgin Galactic said that this new building is designed to create an unparalleled experience as its customers prepare for journeys of a lifetime before graduating as astronauts.