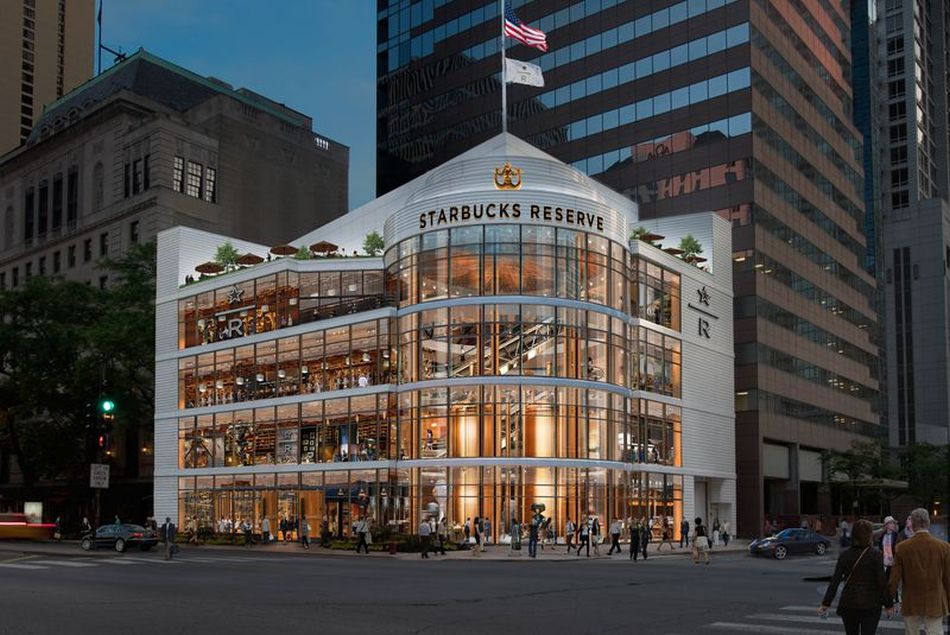 The world’s largest Starbucks Reserve Roastery will open on Magnificent Mile of Michigan Avenue in Chicago this November. The Roastery is an interactive format where customers can see rare, small-batch Reserve beans roasted, brewed and packaged. Not only would it serve you your favorite cup of coffee but cocktails and fresh baked items as well.

Starbucks first announced its plans for Chicago Roastery about two years ago. Now, it is set to be inaugurated on November 15 at 9am at North Michigan Avenue and Erie Street.

Spanning an area of 43,000 sq. ft. this four-story roastery takes over Shanghai in becoming the largest roastery of Starbucks. It is sixth in line after New York, Milan, Shanghai, Seattle, and Tokyo.

The space will feature multiple brewing methods with on-site roasting of its rare Reserve beans, a whole new menu with exciting coffee flavors, a kitchen which will prepare desserts, fast foods, and baked goods from Italian bakery Princi. The roastery will also offer signature mixed drinks of Princi.

After three decades, the home and furnishing store Crate&Barrel will be replaced by this massive roastery of Starbucks in the edifice. The iconic building was built in 1990 and the founder of Crate&Barrel, George Segal owns the building. He is excited about the opening of Starbucks’ grand coffee venue in Chicago. It will provide an excellent experience for people with amazing flavors of beverage and so much more.

Though much details have not been shared by the coffee giant about the project, people are really thrilled for this opening and coming of Starbucks to Chicago.

Related Posts
15 Spookalicious Halloween Cocktails to Try This Year
By Priya ChauhanOctober 19, 2022
Hybrid Cocktail Glass Lets You Mix Cocktails to Perfection at Home
By Happy JastaFebruary 12, 2022
Panasonic SHOT will use Camera and AI to Make Nutritional Smoothie for Your Skin
By Happy JastaOctober 10, 2019
Ocean Teabag Brings Marine Life and Delicious Flavors to Your Teapot
By Priya ChauhanSeptember 11, 2019
Leave A Reply Cancel Reply