Book Vice Bookend Will Secure Your Collection Like No Other

A brilliant take on traditional bookends 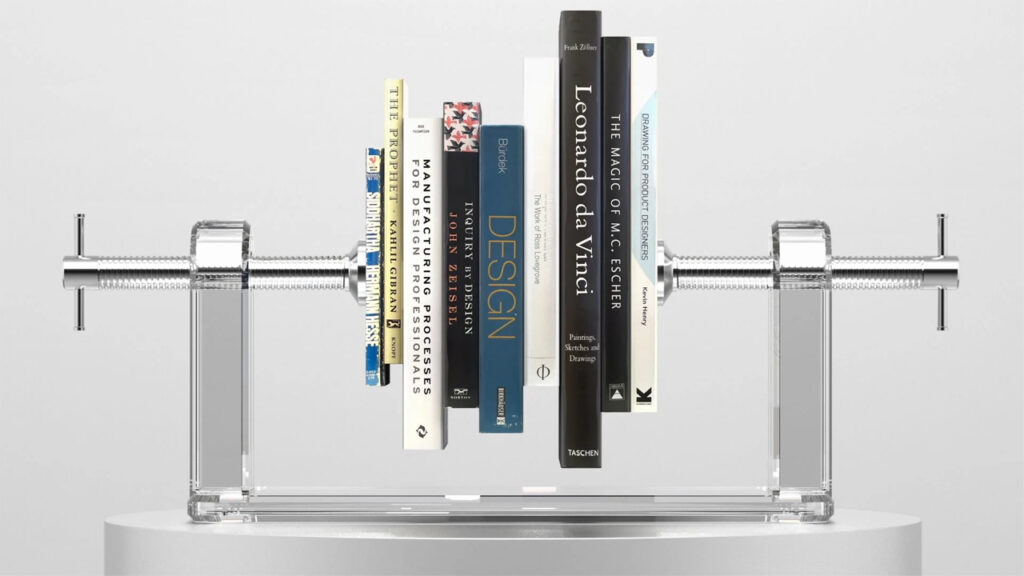 A bookend not only functions as a support for your literary collection but also serves as an aesthetic piece that adds charming essence to your shelf. If you had a poor experience interacting with normal bookends that keep falling over, this design is for you. Talking to Homecrux, Patrick Christian said, “I aimed to create something that would do the complete opposite of that and this is what led to the birth of Book Vice.”

Made of glass and metal, the materials used to make the Book Vice were chosen as a contrast to the traditional cast iron vice grip. Designed by the Californian-based designer, this bookend is yet another clever take on traditional design. Unlike most bookends, it is the epitome of excellent design that improves human experience. It can easily accommodate nine to ten medium size books.

The designer states, “Book Vice is an artifactual metaphor which represents the idea of squeezing knowledge into one’s head and the pressure to keep it all up there. It embraces the reality of how little we interact with our books after we read them but celebrates them in an unexpected way.”

The design features a transparent glass base that is meant to get the observer’s attention onto the floating aspect of the books. Other than that, the steel swivel handle and grips create a familiar interaction and are a nod to the traditional vice grip.

The design looks pretty good, but on a little downside, putting a vice on the books will compress them way too much in my personal opinion. Nevertheless, the design still looks impressive and kudos to designer who is focusing on embedding healthy values back into people’s lives through his thoughtful design.

Also Read: These Planter Bookends will Make Your Bookshelf Proud

The fad of North Californian designer is no less than Deniz Aktay and Joao Teixeira, when it comes to making renders and Book Vice elevates his status to even higher ranks. Patrick created the design for Render Weekly, a community of industrial designers that gives them a platform to showcase their talent.