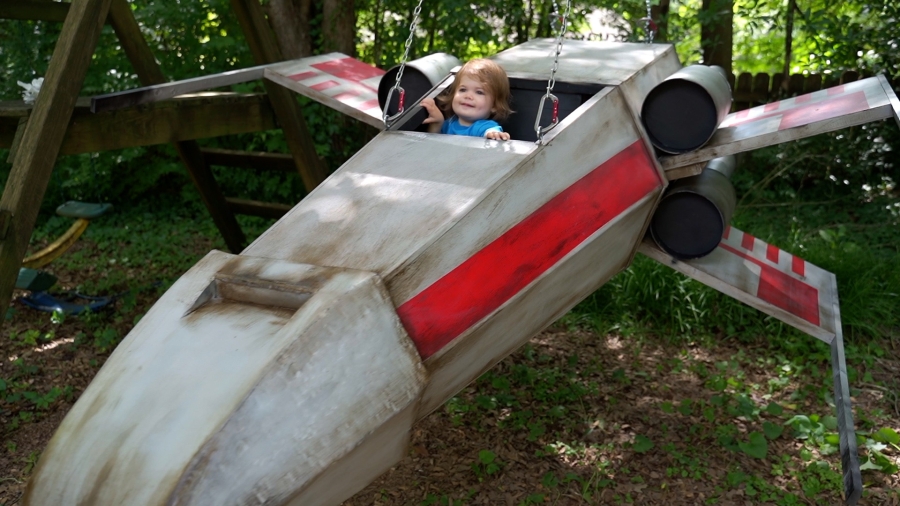 Things that dad build for their kids are special and that’s why we love acquainting our readers with such engaging DIY’s. But who would have thought of a swing that’s actually an X-Wing? Or should we say, that looks eerily like the Starfighter? Truly this DIY is a great weekend project for Star Wars fans who want inspiration for a backyard build.

The main structure of the X-Wing swing is made from wood and plyboard for structural strength. To give the iconic starfighter shape to the swing, a combination of circular disks and ribs are also used. Keeping portability in mind, one wing of the swing is made out of two detachable pieces of wood which can be unscrewed/screwed whenever needed.

For the front end, foam mats are used to achieve the difficult angles. Once the basic frame of the swing was complete, the next step was to give it the visual appearance of a Starfighter hurling through space. For this, the exhausts and the body were painted in convincing patterns.

Overall this dad build is quite interesting and you can catch up with all the details here.

In the meanwhile, have a look at the detailed video of the build process, followed by some images of the project.