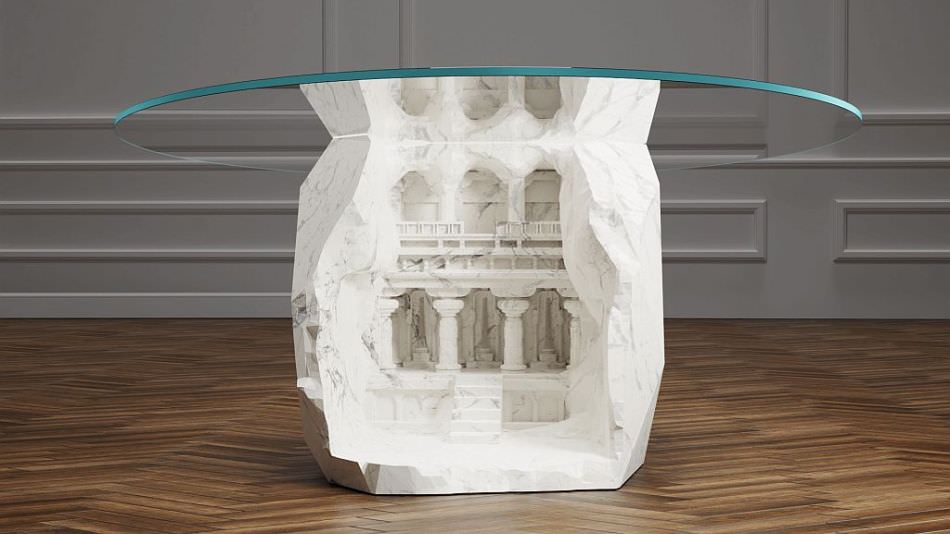 UK-based design studio Duffy London, known for unique creations like the Abyss Table and the Balloon Table, has revealed its brand-new collection of sculptural tables called ‘Civilization.’ Designed by Christopher Duffy, the Civilization Series is a limited edition of 11 pieces in three versions named: Petra, Kailasa, and Hegra.

These unique sculptural tables are based on ancient temples and monuments from around the world, carved straight out of the landscape with the most intricate skills. There are distinctive architectures carved on the marble base in different colors.

The Civilization series is designed as an homage to ancient designers who have carved theses architectures which are ‘impossible to improve upon’. Christopher has thus simply reinterpreted their structures to make bases for these sculptural tables.

Discussing how the idea was conceived Christopher Duffy explains,

I’d been in discussions with a team of master stonemasons, on possible projects to work together on, we had come up with quite a few concepts, but nothing quite grabbed me, and then I saw a friend’s photographs from his Saudi Arabia trip. A picture he took at Qasr-al-Farid is how it all started.

This was the perfect subject matter as these ancient monuments had long been fascinating to me. I then thought of Petra in Jordan and the Kailasa Temple in India. The ancient masters who designed and carved these most impressive pieces are impossible to improve upon, and so we have simply reinterpreted/rescaled their genius to make this series of pieces.

The last one in the series, the Kailasa table is based on the largest rock-cut Hindu temples – the Kailasa temple at the Ellora Caves, Maharashtra, India. Each of them features an oval-shaped glass-top that looks very elegant. These tables are like small architectural masterpieces that are bound accentuate your home decor.

Each (dining and coffee) table of the Civilization series is made according to the customer’s requirement in size and the choice of stone/color. It takes about 16 weeks to manufacture a table since it is carved entirely by hand. The price for coffee table and dining table starts at £27,500 (~ $33,580) and £39,500 (~ $48,230) respectively. They are available on the official website. 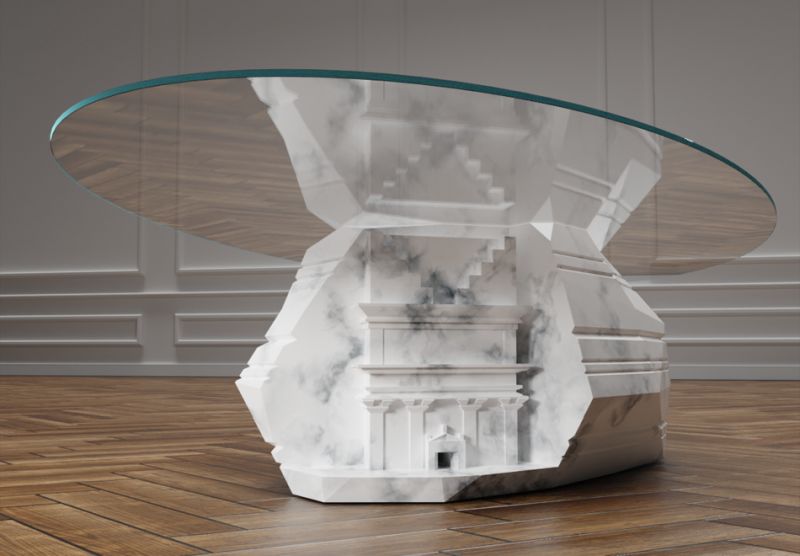 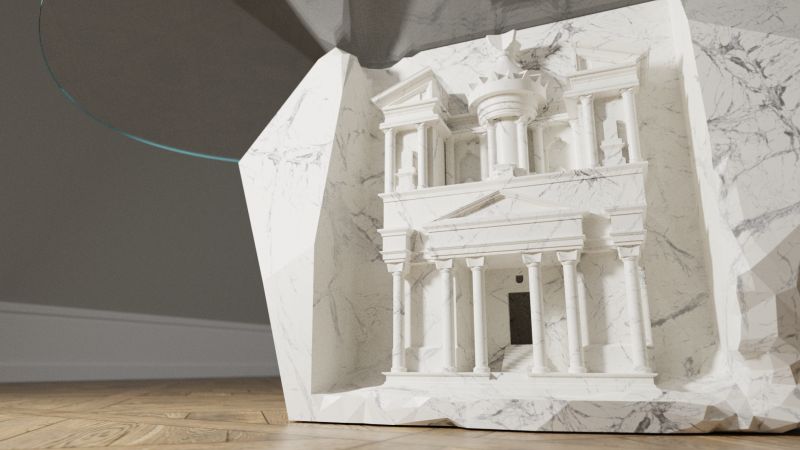 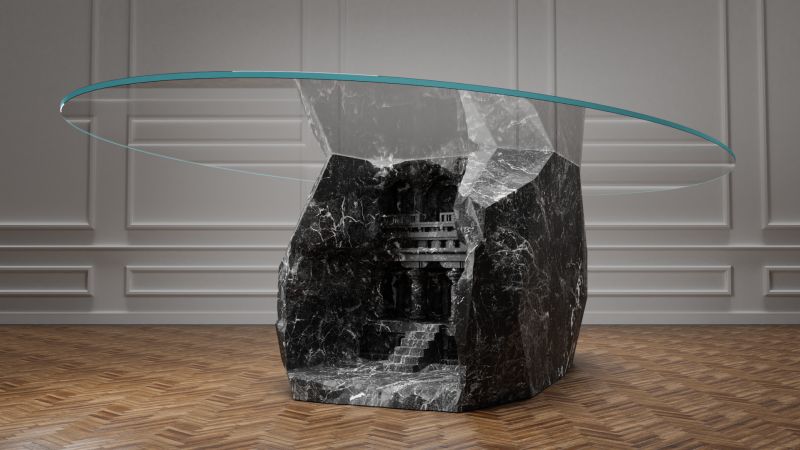 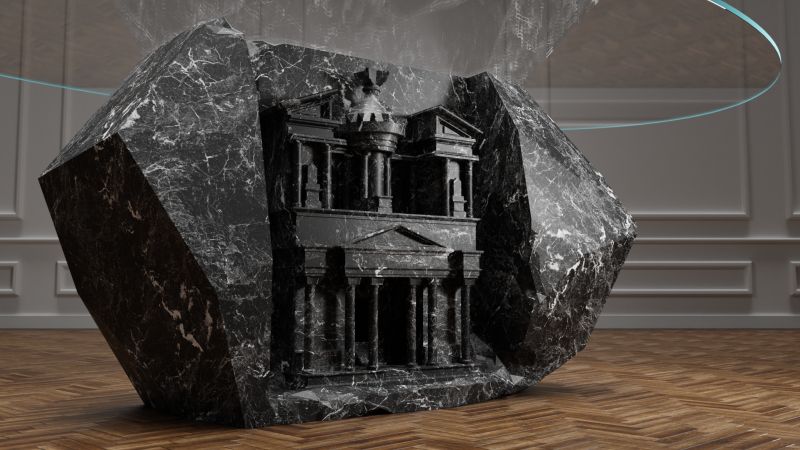 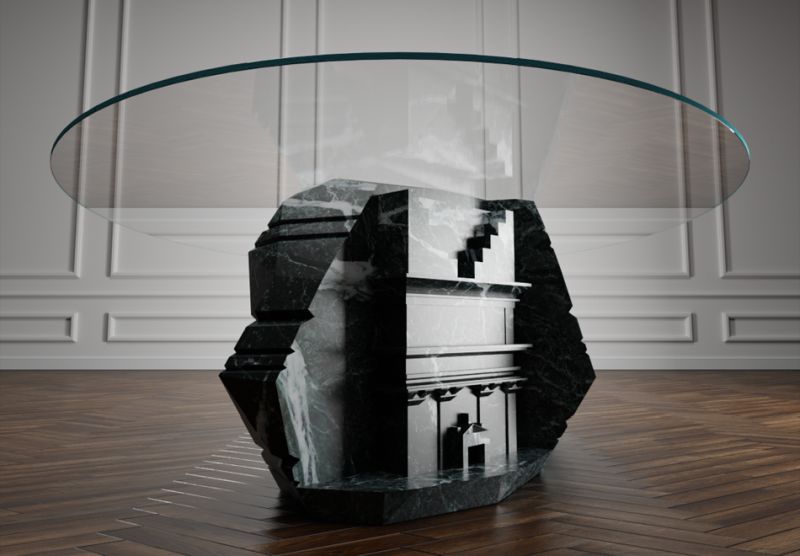 This Live Edge River Dining Table has Stones along the Banks

Live edge tables have become one of the ... 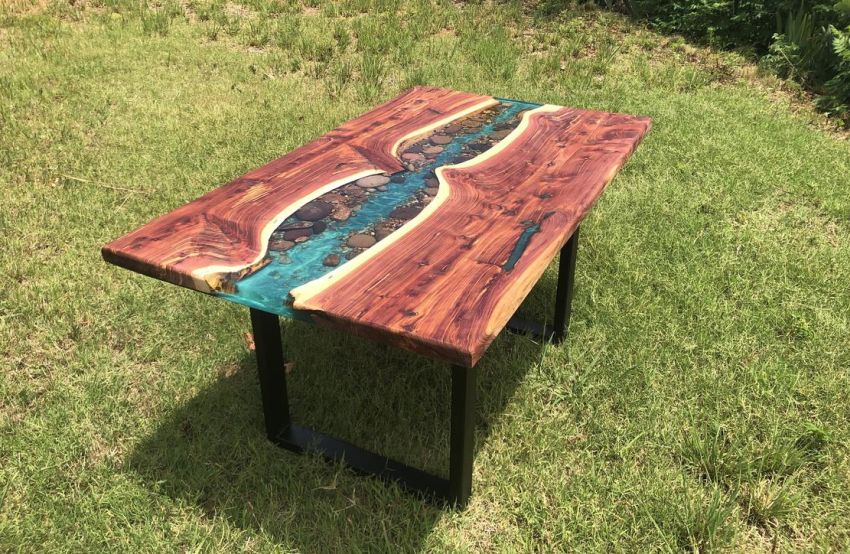 This Live Edge River Dining Table has Stones along the Banks 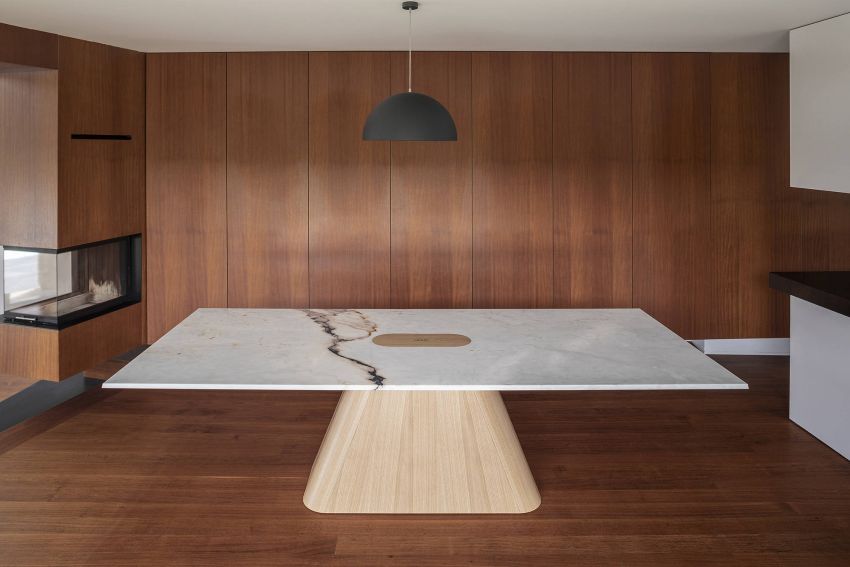 This White Marble-Top Table by WUDA Design Speaks for Itself 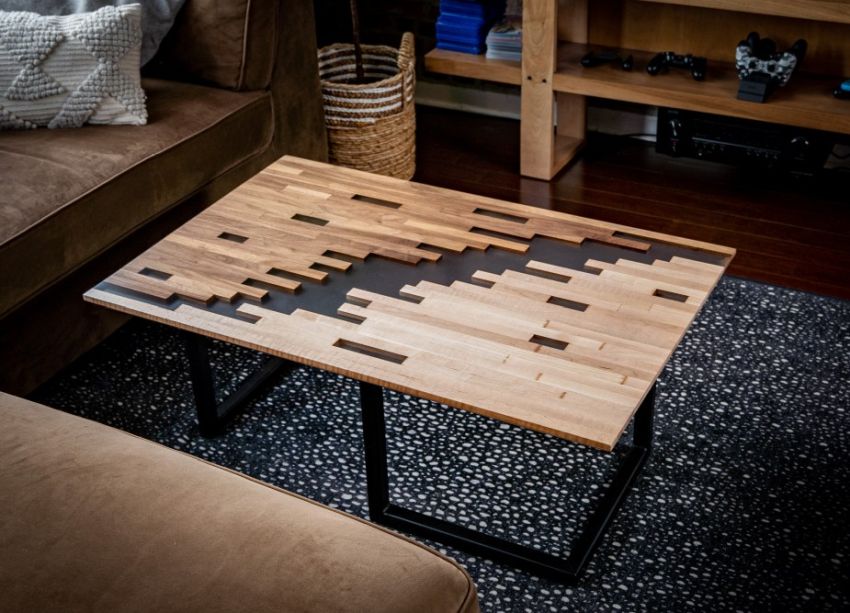