Embrace yourself to experience the new Dyson Robot Vacuum cleaner after the company’s initial release of Dyson 360 Heurist Robot Vacuum Cleaner in 2020 which was an upgraded version of the Dyson 360 Eye Robot cleaner launched in 2014. The new Dyson vac looks somewhat familiar to its predecessor when it comes to color and design.

The details of the upcoming product were recently seen in an FCC. The new design in images look much flatter and wider than the former. The design of the previous two models made them unsuitable for the typical households, especially when it came to vacuuming under furniture or in narrow areas. But, with its thinner profile, the Dyson robot vacuum cleaner could be a different proposition.

As per the reports by The Verge, the unannounced vacuum cleaner may be called the Dyson 360 Hyperdymium. Reports also suggest that the Dyson vacuum cleaner will be equipped with the brand’s strongest motor, the Hyperdymium (Brushless Motor), which is supposed to be more reliable and quieter than a brushed motor.

The 360 Hyperdymium is coated in Dyson’s signature blue and nickel motif, which resembles the former robovac as well. Moreover, the cleaner comes equipped with a 360-degree camera. In addition to this, there is a LED lighting ring available for in-the-dark navigation.

We are not very familiar with the actual price of the robovac but it is estimated to be around $1,100. The new filing however doesn’t guarantee that Dyson will ever release the 360 Hyperdymium, but there is no harm in keeping our fingers crossed for a potential release date. 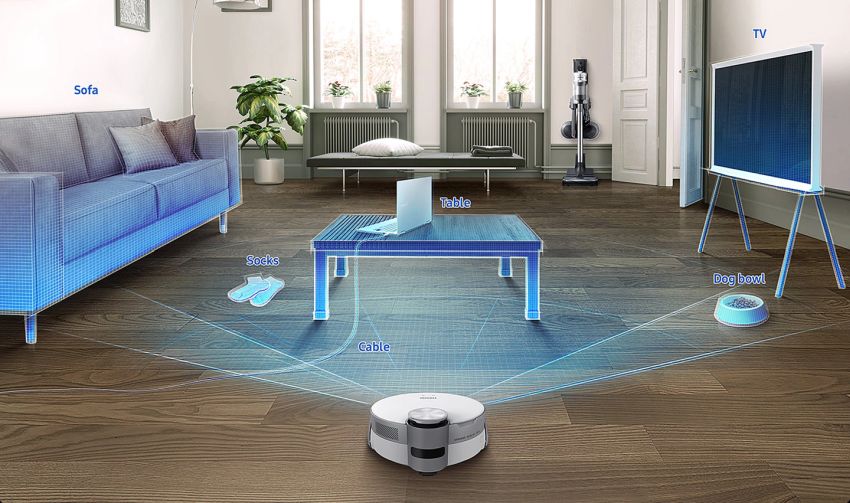