Groot Wood Burner and BBQ by Burned by Design

Burned by Design has created a niche for itself in the custom wood burner and BBQ market, and Alex Dodson with his team has been making a steady progress when it comes to fulfilling requirements of demanding clients. Apparently, an interview with Alex revealed quite a lot about him and his inspiration behind creating bespoke designs. The passionate designer likes to get his hands dirty to create some of the most intimidating wood burners that you’ll ever see, and yet again one of his design caught our eye.

This is the Groot Wood Burner and BBQ which was commissioned as a design for one of his Australian clients. The wood burner comes with dual functionality, i.e., an outdoor wood burner and a BBQ grill, thanks to the dual removable grill and lid design. It is made out of three imported and unused LPG cylinders. The detailing on the cylinders that reveals the face of Groot is done using welding and plasma cutting.

After the base designing, Alex hand-painted it with black and green Ultra High Temperature (UHT) paint. Then for the final touch up, he used UHT paint lacquer.

It goes without saying that the detailing on this thing looks impressive, combined with the cosmetic beautification.

The final design is amazing as Groot looks ready to grill your delicacies in a galaxy far away. Thankfully, the wood burner is not a one-off design; it can be purchased right away for £899 (~$1,200) from Burned by Design.

Though emulating this DIY is going to a bit difficult, but still, you can give it a try.

In the meanwhile, we indulged in another interaction with Alex regarding his latest creation. The DIY’er was kind enough to attend to some more queries that we fired at him regarding the Groot wood burner. So, let’s take a quick look at what Alex had to say about it.

Q: Something about you, Alex?

A:  I’m 36 years old, I love the outdoors and keeping in shape. In the summer, I like to spend my spare time bombing the Peak District hills on my mountain bike or scrambling them back up on a Sunday morning hike. My passion in winter is snowboarding, and if I can, I try and get over to Europe a couple of times a season.

I used to teach snowboarding in Canada, so being in the mountains is like coming home for me. I have a sense of adventure and have loved designing and making things since the dawn of Lego.

Q: How did your journey with Burned By Design begin?

A: Burned by Design all stemmed from a school up-cycling project. For my sins, I taught product design at secondary school for 6 years as one of the projects. I was working on an up-cycling project, taking something old and rubbish and re-purposing it into something useful.

I stumbled on a few images of an old empty gas bottle that had been re-purposed into a wood burner for cooking on. I got hold of an empty bottle and set about cutting shaping and adding bits to the bottle to make my first stove, nothing themed just a practical creation.

My first themed burner was a minion which was pretty rough. I had no prior metal working skills but being a design teacher I had a keen eye for design and a vivid imagination. From the minion design, I observed and realized that I could make what I thought would look like Darth Vader. It was way off the ones we produce now, but one posted on Facebook got liked and shared and things went nuts.

I started to receive a few orders from here and there and before I knew it I had a little waiting list. I would come home from school and weld in my parent’s garage until late at night, which I set on fire numerous times. Trying to keep on top of Facebook messages, emails, shipping and orders began to take its tole. Luckily for me, I had the support of my girlfriend, now wife and my family. My sister who had just quit work started picking up on my admin which meant I had more time to get creative.

I began to get design requests for various characters from all over the world. Before leaving school to pursue Burned by Design around 2 years ago I had a 32-week waiting list… crazy… I have managed to get it down to around 7-8 weeks and like to keep it around that time.

I get some really unique design requests that definitely put my skills to the test, but I absolutely love being challenged.

Some of my best builds have been Hulk from Ragnarock, Groot from Guardians of the Galaxy, Ziggy Star Dust skull and I recently started work on an indoor bioethanol Terminator skull.

Q: Your inspiration behind this Burner and BBQ?

A: The Groot was a design request from a client in Australia, he wanted a burner he could also cook on so making it dual purpose was his only specification. Obviously, size is an important factor when shipping to places like Australia, I think shipping alone for this beast was a whopping £240.

A: Before I start any design, I try to immerse myself in images of the character been created and will often have images printed out on the walls of my workshop. I don’t like doing sketches as I feel it sometimes limits my creativity but instead like to jump straight into sketching on an empty bottle. Wherever possible I use parts of the gas cylinder handle and base to create parts of the design, after all, it’s all based on upcycling so we have very little waste.

Q: Your Star Wars collection looks amazing. One creation that is close to your heart?

A: It has to be the infamous Vader Burner, I grew up watching star wars every day as a child and know all the lines. I think Vader still looks the best lit up at night and seeing Vader on fire is kind of reminiscent of the funeral scene from Return of the Jedi…. humm the music while you watch the flames behind his eyes! 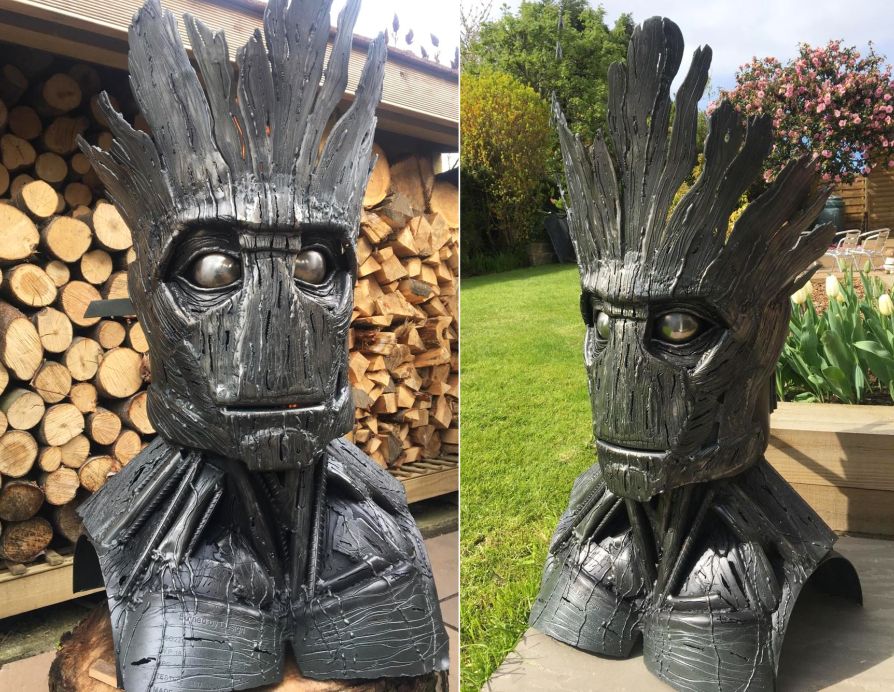 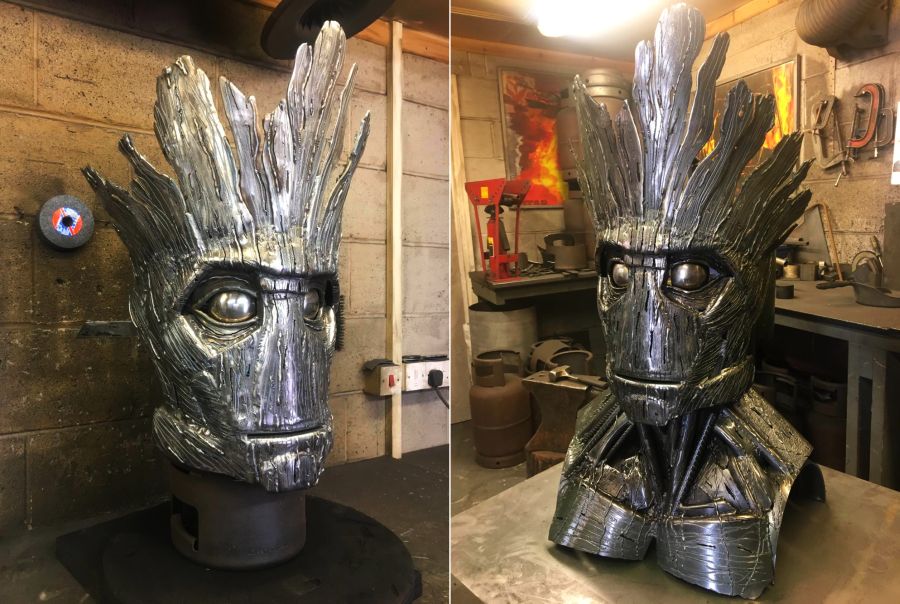 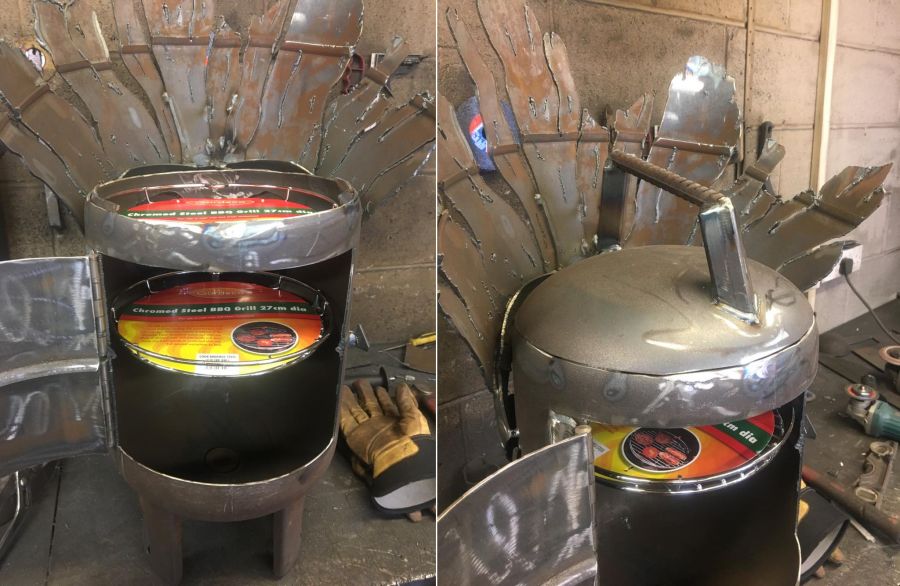 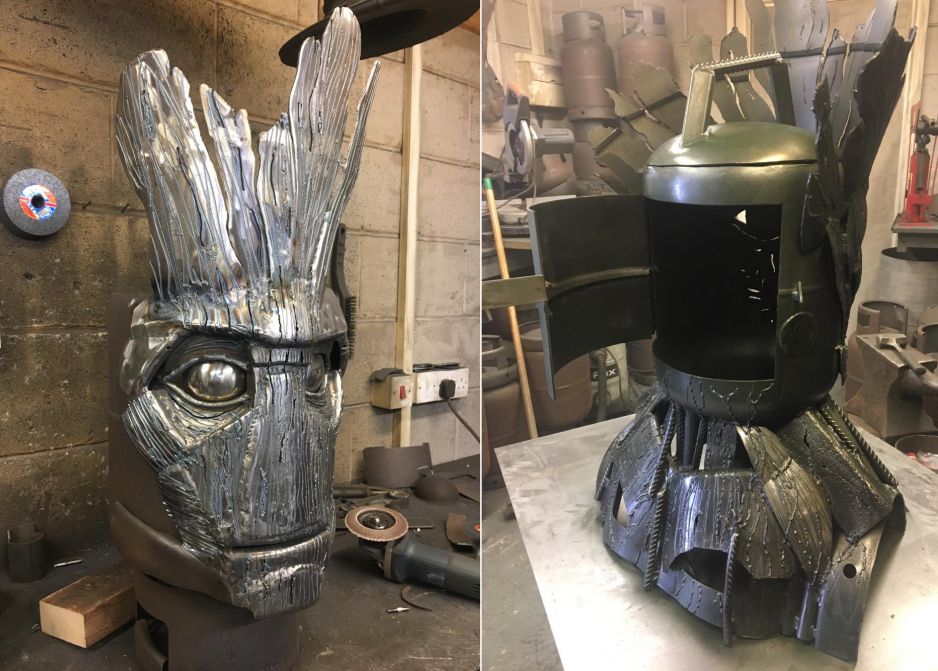 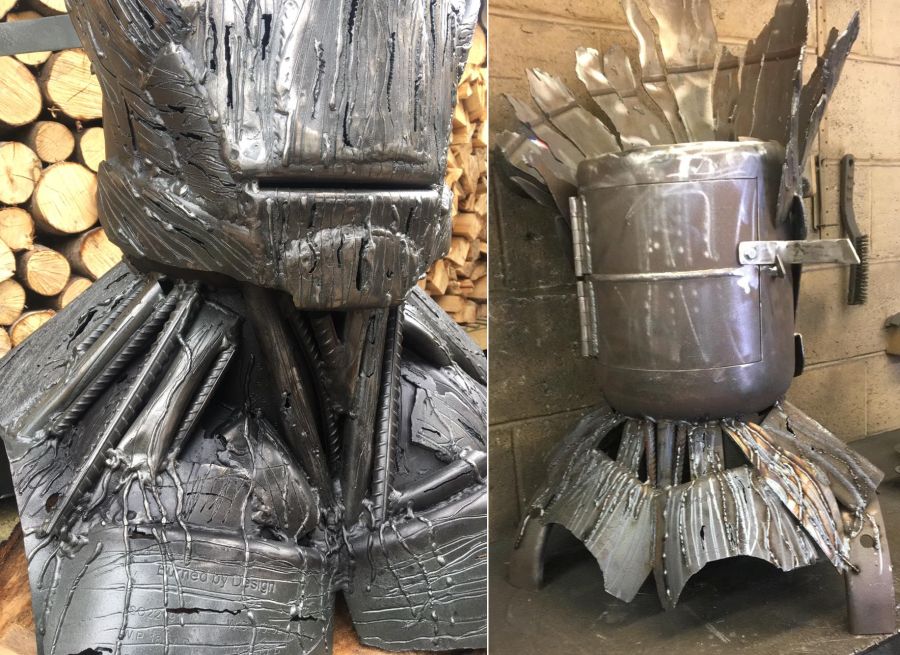 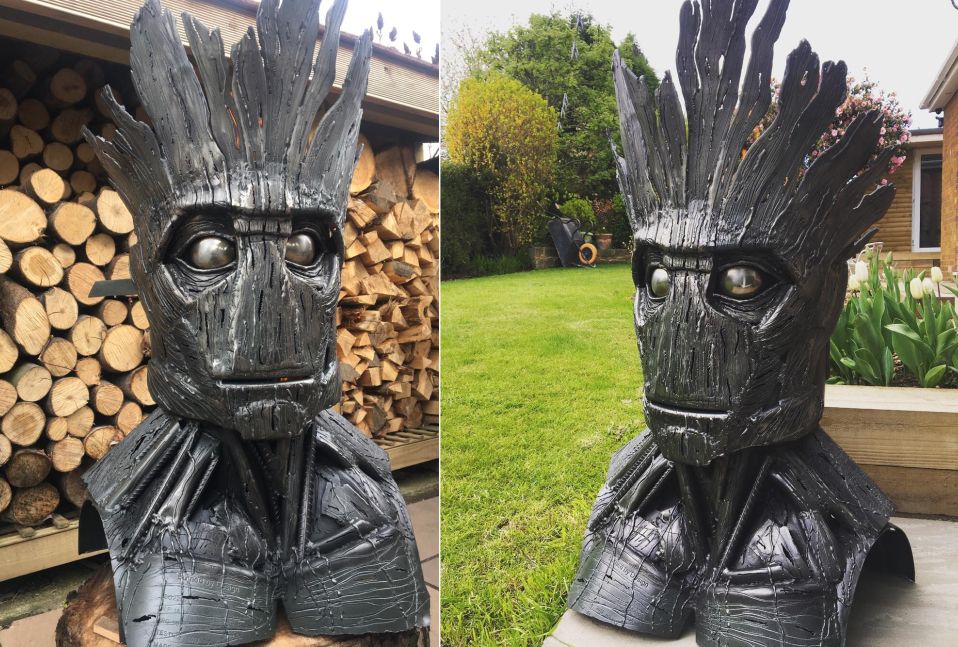 Halloween is that time of the year when ... 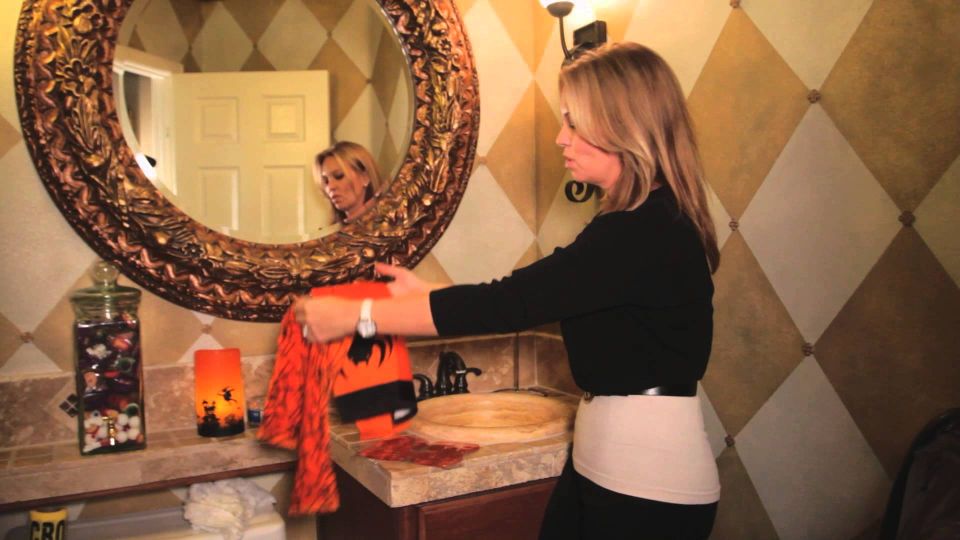 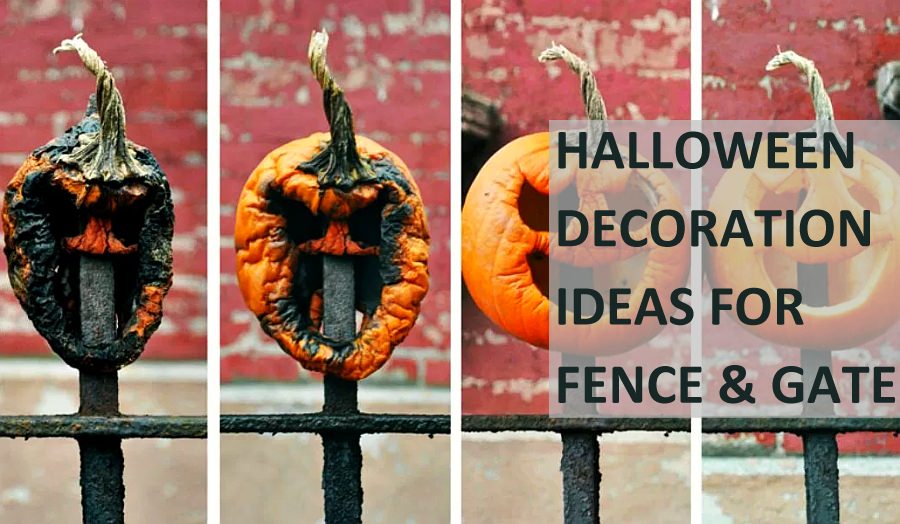 Spooky Ideas to Decorate Front Gate and Fence For Halloween