LIESMA Bookshelf is Reading Reminder Whilst Doubling as Wireless Charger 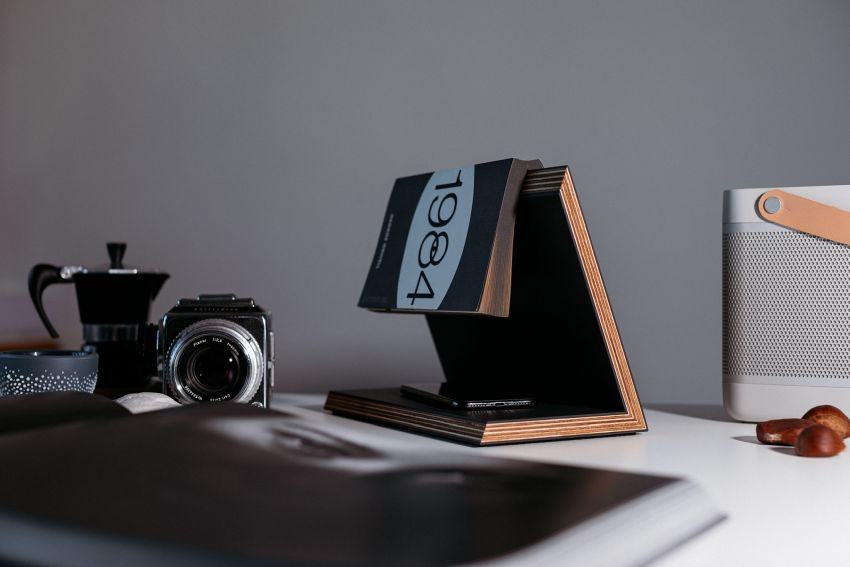 Tech is evolving rapidly. CRTs have been replaced by QLEDs, or the once most reliable walkie-talkies are hardly spotted these days. I don’t claim to be a soothsayer or a pundit to make prophecies but my gut feeling says that our phone chargers will soon meet the same fate. It’s been a decade since the tech users promised to get rid of wires and adaptors if they ever had an option. Delivering on the promise, a surfeit of items from smart lamps to smart side tables have been introduced to pave way for wireless charging.

LIESMA is one such item that serves a dual purpose. It is a bookshelf that also functions as a smartphone charging station. Designed by German manufacturer HAAASE, the bookshelf houses a single book and provides a charging station to place your phone on. The single bookshelf aspect reminds me of Nendo minimalist bookshelf, which impressed me with its sleek and glossy body.

One may argue that the Nendo bookshelf is ubiquitous but personally speaking, I’d prefer a cliché design over an obnoxious one. I dare not call LIESMA an unappealing piece but the body of the bookshelf looks like a half-opened laptop. And unlike Nendo’s design, it doesn’t have a storage compartment to house a book, rather you have to place it on the top of its birch body.

On the positive side, it could play with the user psyche and force one to drop their smartphones aside and have a good reading session. Well, I am keeping my fingers crossed. But more or less, it is a sophisticated reinvention of a bookshelf that doubles as a wireless charger. This brings me to the other aspect of LIESMA and the most important one indeed.

LIESMA provides you with wireless charging option, while you lose yourself in the world of written words. The device or accessory (whatever you like to call it) offers a charging station compatible with any Android or Apple device. It provides up to 15W wireless fast charging and high wireless charging efficiency of up to 80-percent as per its website.

Also Read: IKEA Sjömärke Sticks Under a Table to Transform it Into Wireless Charger

LIESMA bookshelf-cum-charging device is aesthetically pleasing and stylish and it is made of high-quality linoleum and birch plywood. For more information and price information, head over to LIESMA.