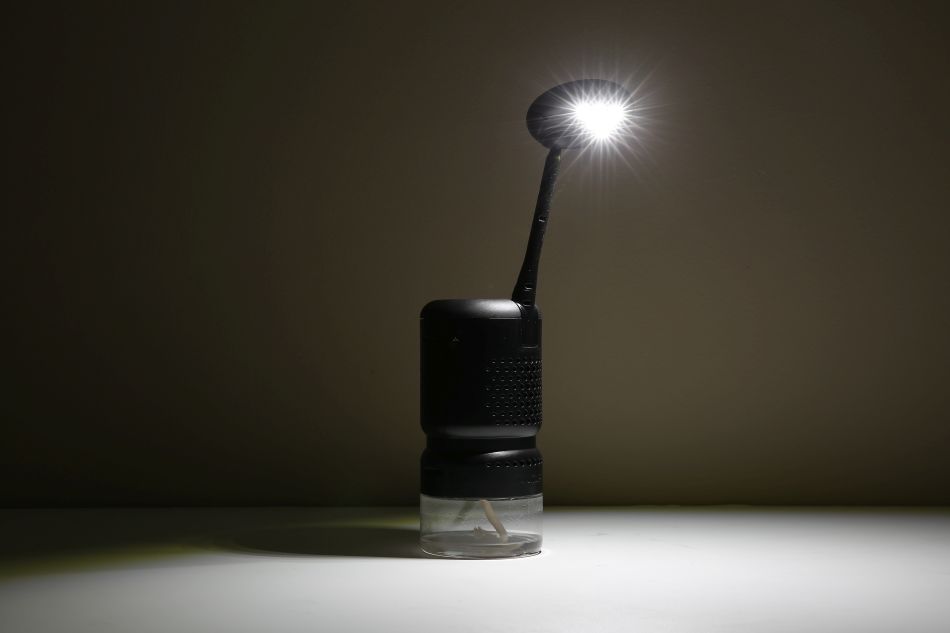 The South Korea-based company Lumir Inc., that previously created the candle-powered LED lamp, is launching a new similar kind of Lamp. Dubbed Lumir K, it is almost alike except that it uses cooking oil as fuel.

The basic idea behind Lumir K lamp is to turn the thermal energy of cooking oil into electricity. Oil is poured into a small canister with a wick that is lighted up to heat sensors and turn on the lamp.

The fuel container can hold up to 140ml and is enough to light up the lamp for a week, with four hours of usage every day. It takes nearly two minutes for the lamp to turn on the LED light.

Using the Lumir K lamp is easy – just place the lamp over a lit wick and it will turn the LED light on, which is 100 times brighter than candlelight. The LED head is adjustable and can be detached for easy storage.

Also Read: Would You Like to Own a Flying Drone Table Lamp?

The Lumir K lamp is a perfect accessory to cope with power outages, it can be useful at home, at a backyard party or during a camping trip.

Currently, the lamp is up for crowdfunding on Indiegogo, you can pledge $35 to get one shipped your way in September 2019.