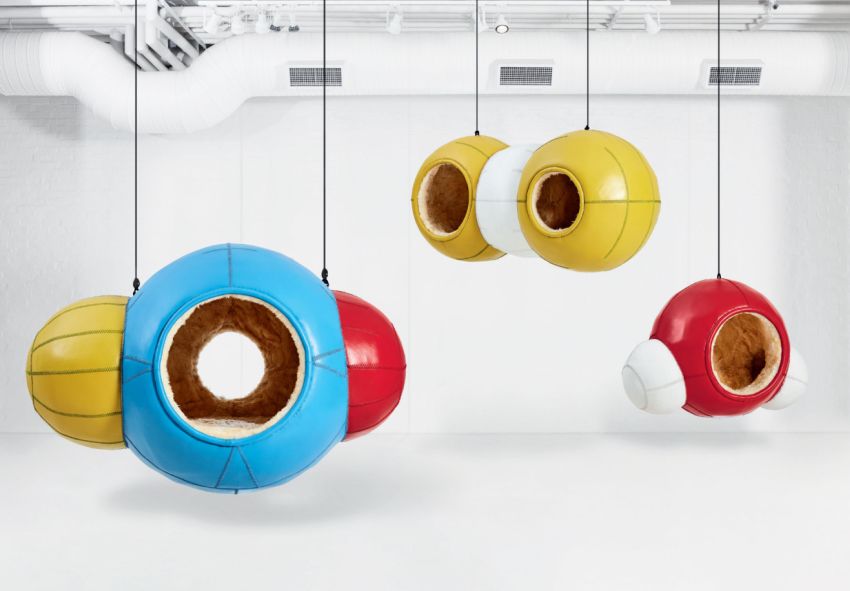 South African designer Porky Hefer is famous for his unique hanging pods including animal-shaped chairs and human-sized nests made of Kubu cane and wood. He has recently designed a new collection of leather hanging pods in the form of molecular structures. Dubbed Molecules, these spherical pods were presented at Design Miami 2019 with Cape Town-based Southern Guild Gallery.

Also Read: These Wearable Chairs Won’t Let You go Weak in the Knees

Upholstered in leather, these hanging pods are lined with plush sheepskin for a comfortable feel on the inside. A steel frame is incorporated to maintain the shape and structure of the pods.

These pods aren’t only meant for sitting; rather they enlighten us to live in harmony with others, just like molecules of a substance. 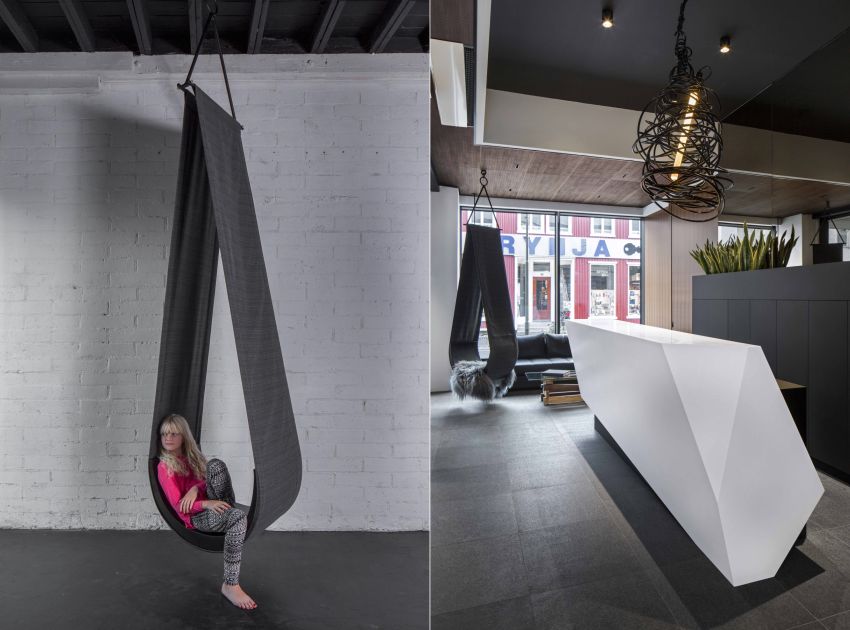