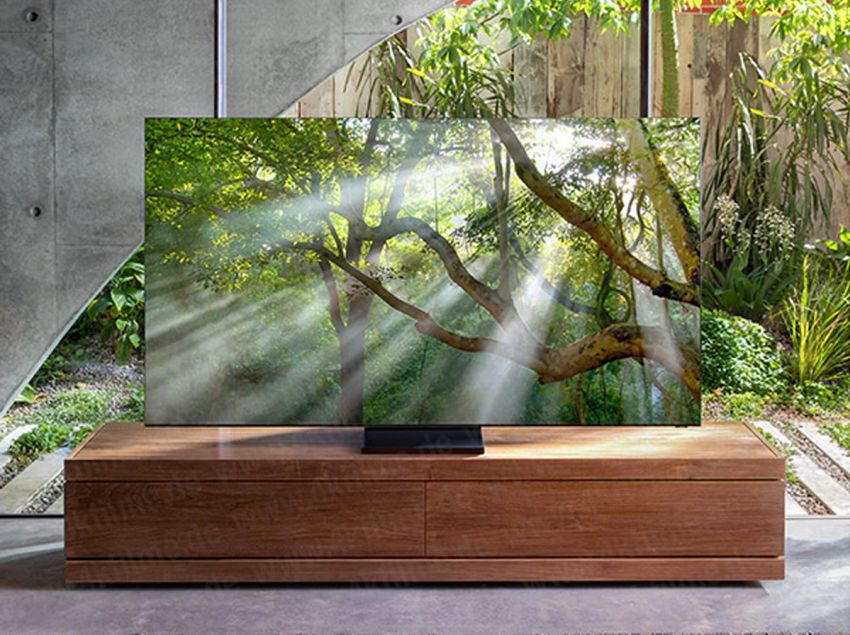 Days before Samsung is set to unveil Neon project at the CES 2020, reports are floating online that suggest the consumer electronics giant will be introducing a Zero-Bezel TV in Las Vegas, which will be first of its kind in the industry.

According to the German magazine 4K Filme, Samsung US has leaked the renders of the 2020 8K QLED Zero-Bezel TV. From the images, it can be presumed that Samsung will keep the pedestal of the Q90R series on the new TV. The leaked image in wall-mounted position foretells there will be an option for the no-gap wall mount.

One can also see a soundbar under the TV, which may also make an appearance at CES 2020.

Samsung and even several other companies have released bezel-less TVs earlier, but these TVs actually have a narrow border. Samsung 2020 8K QLED TV is expected to have no bezels at all, just like some new smartphones.

Samsung hasn’t made any official announcement about the Zero-Bezel TV yet, however, they have released a teaser for its CES event. Some reports revealing that Samsung has applied for a trademark on the term “Zero Bezel” in Europe, also signals there will be something big at the tech event.