Sevenhugs Smart Remote U Costs Cheaper Than its Predecessor 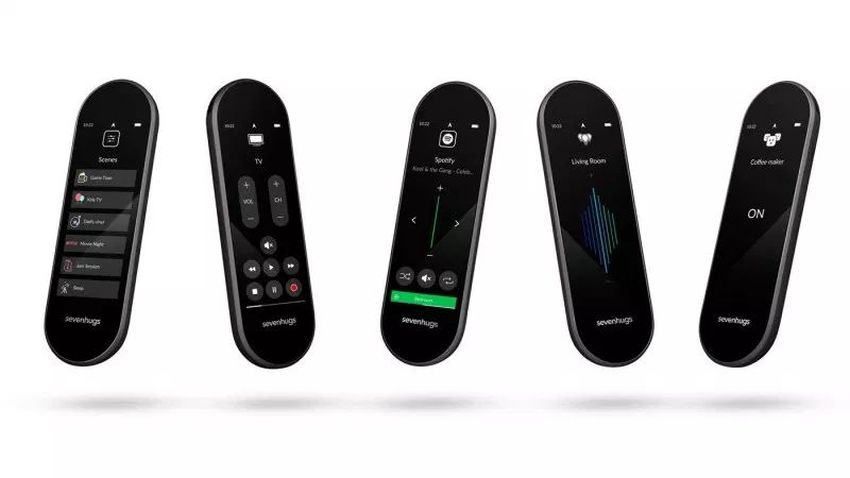 Sevenhugs launched its universal remote control for smart home devices back in 2016. Expanding its offerings, the company has recently released the new Smart Remote U and has also renamed the earlier model to Smart Remote X. Costing about $200 it is cheaper than the original smart remote, which costs $300.

With an onboard touchscreen, the new Sevenhugs Smart Remote U looks nearly the same as the earlier version but comes with major differences in functionality.

It doesn’t include the stand-out Point Mode feature seen in the Smart Remote (now Smart Remote X) so you wouldn’t be able to point it at a smart home device, see it’s controls on the remote’s screen, and then control the device directly with the remote control. With the new model, you will have to swipe up the list of added smart appliances and equipment on the screen manually.

The Smart Remote U is compatible with over 650,000 infrared, Wi-Fi and Bluetooth-enabled entertainment and smart home devices. It can control your smart TV, Bluetooth speaker, audio receiver, Spotify Connect, smart plugs, and more. Each remote can control up to 80 devices.

The companion mobile app allows users to set up multiple Sevenhugs Smart Remotes, configure new devices and personalize their Smart Remote with custom user interfaces. There is even an option to combine devices and services together – like you can program the Smart Remote to turn on the TV and other connected devices with a single tap.

Sevenhugs’ Smart Remote U in black is currently available for purchase on the official website and Best Buy.