CES 2022 fever is in full swing. While LG would be boasting its StanbyME Battery-Powered TV, Sony is not far behind its fierce competitor at the grandest tech show of the year either. The Japanese tech giant has announced the world’s first QD-OLED 4K TV.

Sony braced CES with its 2022 BRAVIA XR TV line-up and Sony Master Series A95K was a major highlight from it. Available to purchase later this year, Sony Master Series A95K is the first-ever commercial QD-OLED TV which will arrive in both 65-inch and 55-inch sizes both coming in 4K resolution. What’s so special about the World’s First QD-OLED 4K TV is something that would it itching you?

To answer this, Sony touted that it has used a whole new kind of OLED (quantum dot organic light emitting diode) TV panel that will deliver better brightness and more consistent color than OLEDs from LG Display. A bit of banter there, but that’s CES for you!

And given the fact that Sony is still sourcing from LG Display for its other 2022 OLEDs, the A90K and A80K, a harmful banter won’t toil their business relationship. QD-OLED mixes an OLED panel with Quantum Dot color technology. Sony calls it QD-OLED which is manufactured by none other than Samsung Display.

Thanks to the Sony XR Cognitive Processor and revolutionary new heat dissipation system the new TV will provide much-improved color and viewing angles. In addition to this, A95K will have four HDMI inputs, with two of them having full HDMI 2.1 capabilities. There is also a signature stand that features customizable front and back positions, among several other specifications.

There’s no word on the pricing or release date of Sony Master Series A95K, but it’s expected to be available later this year unless Samsung decides to muddle things up. Samsung has also been developing a QD-OLED display over the course of several years through Sony’s TV sets will be the first to sell the technology to consumers this year. 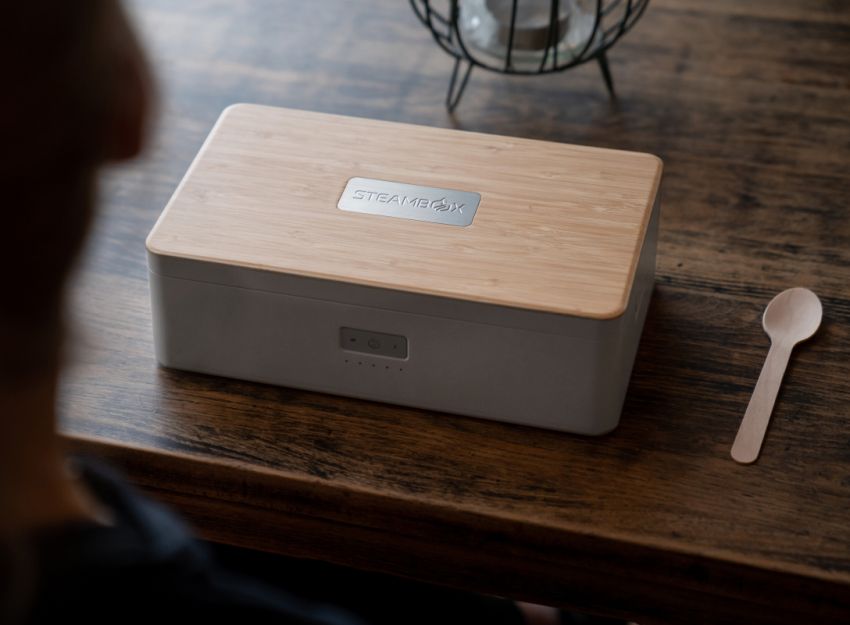 This Self-Heating Lunch Box Steams up Your Meal Anytime, Anywhere