$1M Treehouse in Arkansas Encourages Kids to Interact with Nature 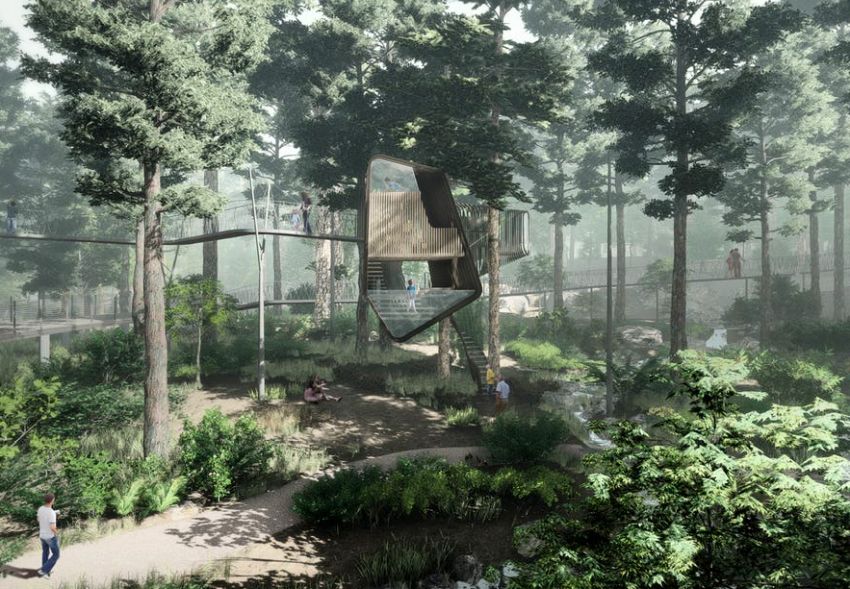 Rarely do you come across a treehouse which has four levels nearly 28-feet in height and 630-square-foot in the area. Well, that’s precisely what Garvan Woodland Gardens’ Bob and Sunny Evans Treehouse (named after the lead donors) in Hot Springs, Arkansas is all about. Valued at $1 million, this treehouse has been in the making for a decade – right from the conceptualization to the realization of the project. The wooden structure is supported sturdily by the steel frames which nestle it right between the pine and oak trees.

Designing this treehouse was a challenging task as the cascading V-shaped beams had to be camouflaged in trees, and architect Josh Siebert did a great job in achieving it. Further, incorporating an element of interactive learning (about nature) for kids, Josh, along with Modus Studio architect Philip Rusk, created a series of plaza having a quiet stream, boulders, stone bridges and pebble inlay of tree roots. The motive is to let kids test their limits, as they engage with nature at a very basic level.

The treehouse has four levels, out of which the first level is accessible through a 450-feet circular boardwalk and stairs. The next two levels are reached via stairs and the fourth level is only accessible by climbing ropes. This is the crow’s nest section which is already being liked by the children.

This has to be one of the most expansive treehouse structures we’ve seen thus far, and this fact carries a significance too. Each section of the treehouse represents the lifecycle and actual structure of a tree – trunk, branches, leaves, and flowers, fruits.