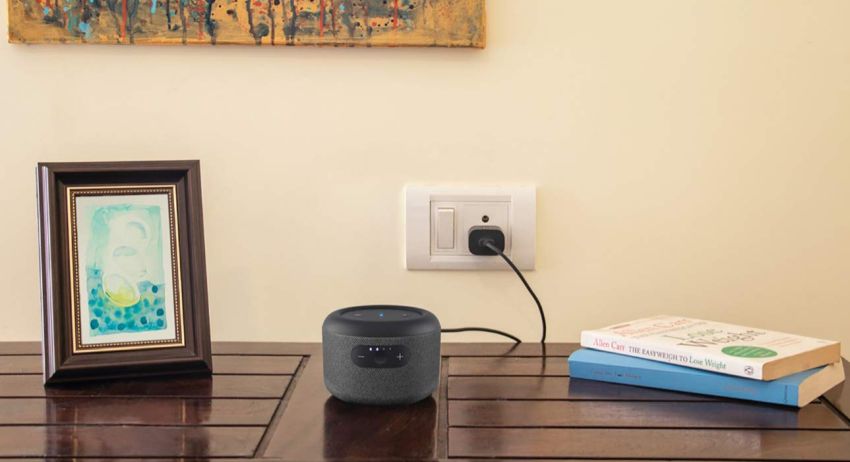 Over the years, Amazon has launched a number of smart speakers, including the Echo Dot and the Echo Show with a touchscreen. These speakers needed to be plugged into a power source, however, Amazon Tap was the only speaker with a battery but Amazon discontinued it last year.

Looking at the need of customers, the online retailing giant has recently unveiled the Echo Input Portable smart speaker, initially in India. The speaker packs a massive 4,800 mAh rechargeable battery inside, which allows the device to run for about 10 hours and lets the user carry it anywhere in the house. Unlike the Tap, this listens to your voice commands without tapping on any button – a much-needed function.

Amazon Echo Input features an elegant fabric design and offers 360-degree output. There are LED battery indicators, which are highlighted by tapping the power button. Command Alexa to stream music from Amazon Prime Music, Apple Music, JioSaavn, and Gaana or just ask for your favourite song, artist, or genre. Easily adjust the volume with onboard buttons or through simple voice commands, like “Alexa, volume 10.”

It is a smart speaker so it also lets you control compatible smart home devices, answer questions, read you news and check the weather for you, using voice control alone.

The Echo Input is available for pre-ordered for Rs 4,999; it will be officially launched on amazon.in December 18, 2019.