The chair shell comes in an array of colors 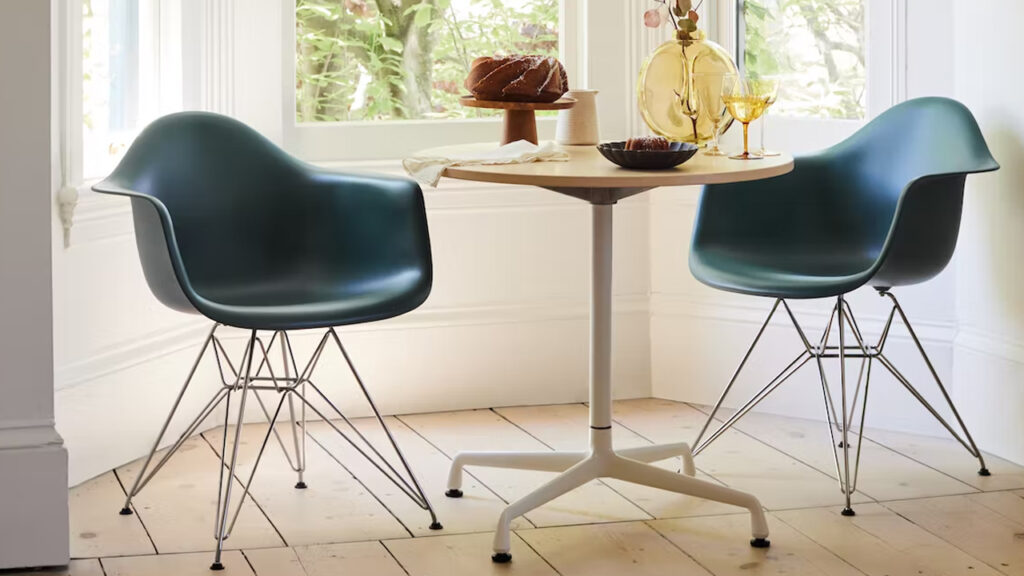 Eames Shell Chairs made a public debut in the 1950s, and since then has been the flagship model of Herman Miller. In my personal opinion, there is no other chair in the world that dandles a balance so beautifully between functionality and aesthetics, as Eames chair does. Since its inception, the chair has seen multiple upgrades over time including switching from fibreglass to polypropylene in 2006. But it took seventy years for the company to reintroduce a fully recycled version of it.

Yes, Herman Miller is giving its iconic chair a sustainable update. The company is reissuing the Eames Shell Chair which now will be made of 100 percent post-industrial recycled plastic. A move that the company touts will reuse nearly 122 tons of plastic per year and lead to an annual 15 percent carbon reduction.

“Ray and Charles Eames embraced a spirit of continuous reinvention for the Molded Plastic Chair, especially in developing the use of sustainable materials with each iteration,” said Ben Watson, President, Herman Miller.

“Herman Miller is honoring that design legacy with the introduction of an Eames Molded Plastic Chair made from 100% recycled plastic, and we will continue to challenge ourselves to pursue meaningful, responsible change,” she added. The company has been really active for past few years especially in its sustainability drive. This was evident tin case of Aeron chair as well, which they hail to have upgraded for modern times using ocean-bound plastic.