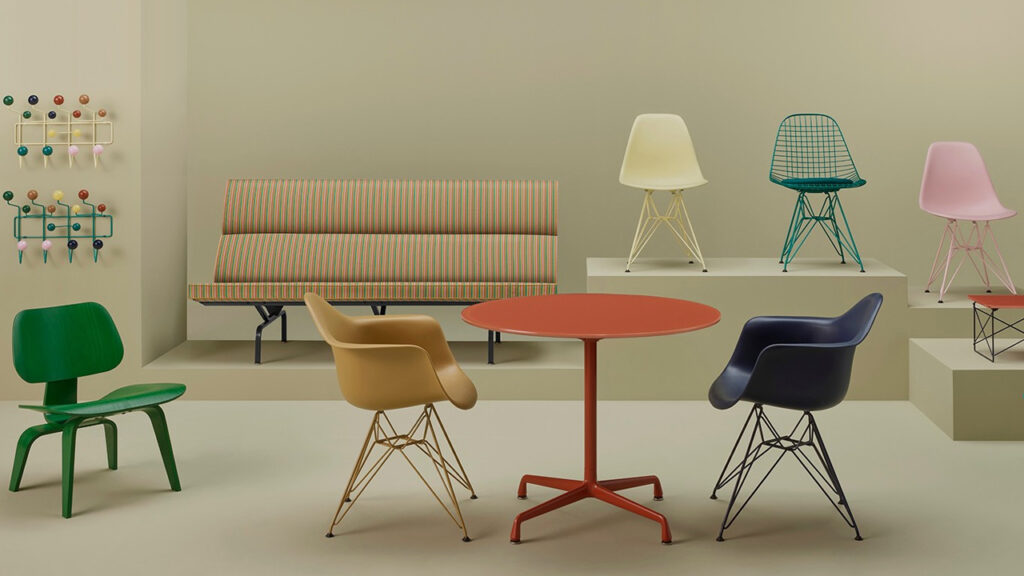 Ever since the merger of Herman Miller with Knoll, there are winds of change blowing inside the company. A couple of months back, the Michigan-based furniture icon released its cheapest task chairs. Months later, the furniture behemoth then introduced the Eames molded plastic shell chairs, which were entirely made from recycled plastic waste. With this series of events, I had a feeling that something big was around the corner and my email was soon graced by a press note from Herman Miller, with the subject, ‘Herman Miller and HAY Unveil Fresh Take on Classic Eames Collection’.

The collaboration didn’t come as a shocker to me as there were already reports of HAY founders meeting with the Herman Miller team circulating in the market. With this collaboration official now, we welcome a brand new Eames furniture collection, reintroduced by HAY. The Danish brand has reinterpreted eight mid-century classic pieces of the Eames collection and given them a modern flick.

While, we won’t dive deep into every aspect of the collection, but some noticeable changes are in the Eames Sofa Compact which has been upholstered in a circa-1955 colorway of Alexander Girard’s textile. Other than that, the iconic “Hang-It-All” hanger now features cast-glass balls in place of wood. All other pieces have also been successfully updated with both, a change in color and core material.

A lot of people were of view that Eames has kind of become the cliché of mid-century modern when there’s so many others to explore with the likes of Florence Knoll, Paul McCobb, Gio Ponti and many others. Herman Miller knew this, and invited the founders of HAY, Rolf and Mette who reinterpreted the timeless design with their colorful signature touch to shut the critics forever.

The duo utilized new color palettes and materials to add more aesthetics to these timeless pieces. If you plan on buying any of the pieces, visit the Herman Miller official website, where these furniture items are available for purchase, starting $345.